Donald J Trump vs The People: XII AMENDMENT or AUTOGOLPE?

Trump Just Might Burn the House Down
Charles Krause Nov 12

What Is There to Fear Now That Reason Has Prevailed?
Charles Krause Nov 08

Rest in Power: Ruth Bader Ginsburg, an American Hero
From the Editors Sep 18

Don’t Panic!
From the Editors Sep 10

False Patriot
From the Editors Sep 04

Check Out the ArtProfiler Store 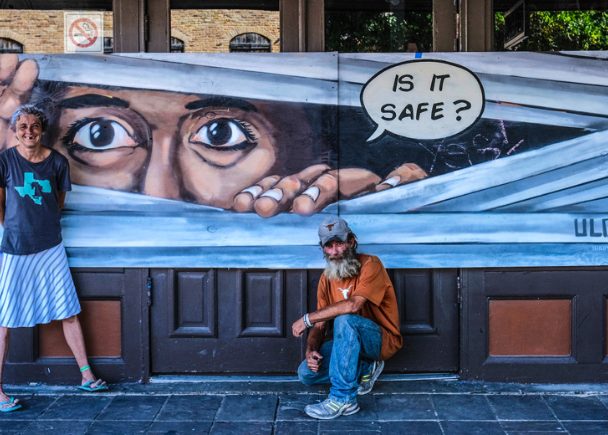 In 2016, Camille J. Wheeler launched her current project: the photographic documentation of the homeless community in downtown Austin.

Want to sell your work? Need your event reviewed?
Contact Us 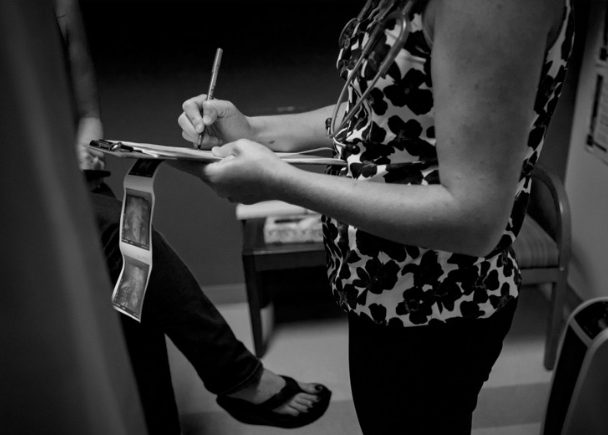 An illicit pregnancy in the sixties meant being shamed and stigmatized - or seeking out some most likely shady doctor to perform an abortion. 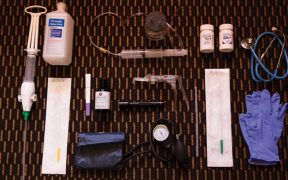 In 1963, when she was twenty years old, my sister had an abortion. She had been a virgin, until she met a ruggedly handsome Italian ...

So many countries claim Ms. Purée as their own. But you saw some eating plain boiled potatoes, which practically the whole world grabbed onto. 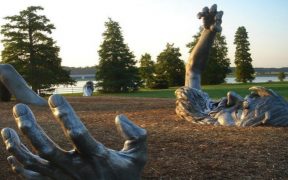 When does a storm of stupid so abrade the land that the choice is either Deicide or rolling the whole human enterprise into the soft ... 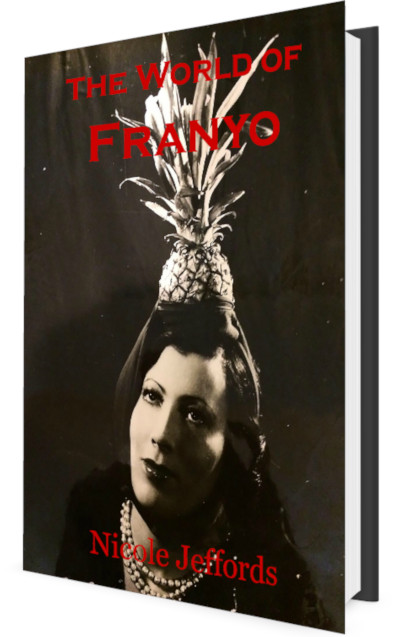 Written episodically, accompanied by wonderful images and photos, The World of Franyo (which takes its name from the author’s mother’s art school nickname) is a very personal and, at times, shocking series of interconnected family stories that begin with Franyo’s dramatic escape from Hitler Germany and follow her life as a great diva through the New York art scene of the 1960s to later years when she was swindled out of her fortune by an opportunistic scammer.

Writer Nicole Jeffords does not shrink from down-and-dirty accounts of life’s most difficult and dangerous moments, using the spine of her mother’s story to cover such topics as marriage to a famous man who suffers from Munchausen’s syndrome, the horrors of being a black-out drunk, the menace of family feuds, the power of deathbed vows, the sweetness of getting sober and having a second chance. These disturbing and revelatory stories make for a compelling read that will cause you to look at the fabled history of your own life through a new lens.

The World of Franyo is available in its entirety on Amazon, but two episodes per week are published for free on this site every Tuesday and Thursday. 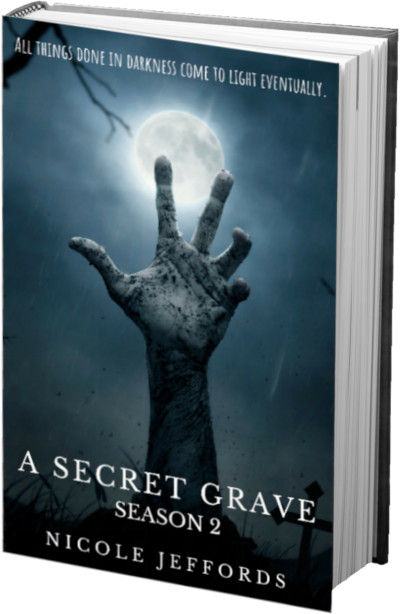 The two-book series, A Secret Grave (written and illustrated by Nicole Jeffords who narrates the story), starts off with real life artist, Nicole, going in search of controversial alternative healer, Victor Goodlove, who has disappeared without a trace and whom she believes was murdered and may be buried beneath her studio. As Nicole begins her obsessive investigation, she learns that a number of Victor’s old clients and associates would have wished him dead because he knew all their guilty secrets — secrets that put Nicole in danger as she unwittingly discloses them on her blog.

Book One ends on a cliffhanger with a kidnapping and murder. In Book Two, we learn that the violence is connected with ownership of an ancient book of remedies, cures and prophecies passed down through many generations of Victor’s Russian Jewish medical family. Everyone — Big Pharma, the Russians, the FBI — wants to get their hands on this valuable document, but it has disappeared along with Victor. On a family trip to Romania, Nicole stumbles across a famous but enigmatic actress who has all the answers and sends the story into new, dangerous directions.

Nicole Jeffords’ fabulous portraits of the characters make both books worth owning in their own right. Because Jeffords presents the story as if it were true, mixing up actual people with made up characters and events, the reader feels as if he or she is experiencing an authentic adventure. The result is a tantalizing psychological brew that will leave readers on the edge of their seats.

A Secret Grave Seasons One and Two