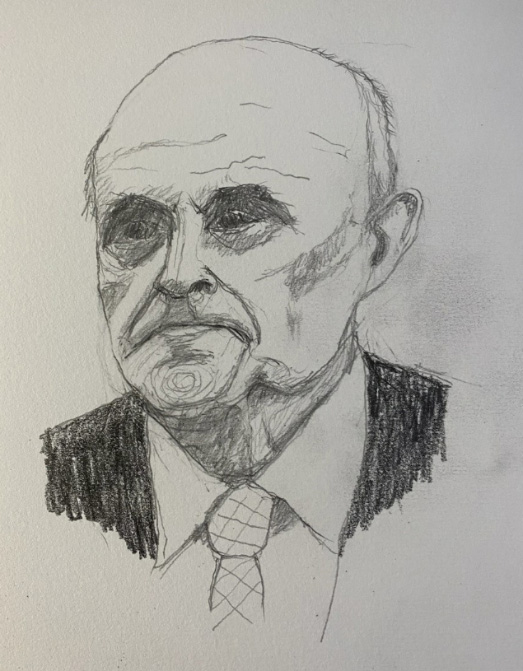 Rudy... what can one say about this dude? He was one of the great heroes of 9/11, New Yorkers loved him. For awhile. But then, attempting a presidential run in 2008, palling around with Trump over the years, involved in all kinds of scandals, he disintegrated and went kind of crazy, not shrinking from underhanded and nefarious deeds such as trying to stir up trouble re the Bidens in the Ukraine in order to enhance Trump’s re-election prospects. Judging by his behavior since Trump’s been in power, Rudy appears to be a really shady character. Lots of drama and cheesy histrionics. Two thumbs down.
Copyright © 2018 Artprofiler
X