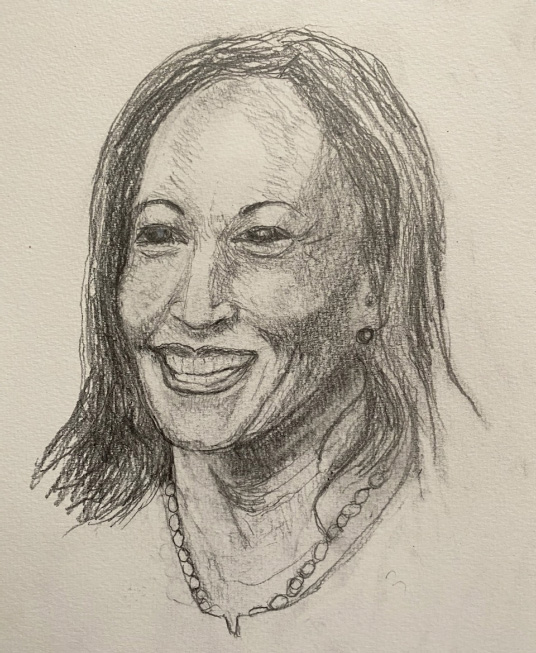 I found Kamala difficult to paint. Since I have to work from photos, this isn’t surprising, especially with a person whose facial expressions are very fluid, rapidly changing from upbeat and enthusiastic to somber. Known as a top prosecutor and now as Democratic senior senator from California, her reputation is as a fighter and tough questioner (as she was with Kavanaugh during his hearings to become a Supreme Court Justice). Now of course, she’s running for Vice President under Biden, and boy do we hope she wins. She certainly has the right qualities: hardworking, honest, smart (even cutthroat), doesn’t suffer fools gladly. She held her ground while Mike Pence, with a smile on his face and a fly in his hair, trotted out his usual smooth talking lies and unctuous homilies during the VP debate. She was the one who prevailed, refreshingly straightforward, telling Pence to please be quiet, she was speaking.
Copyright © 2018 Artprofiler
X