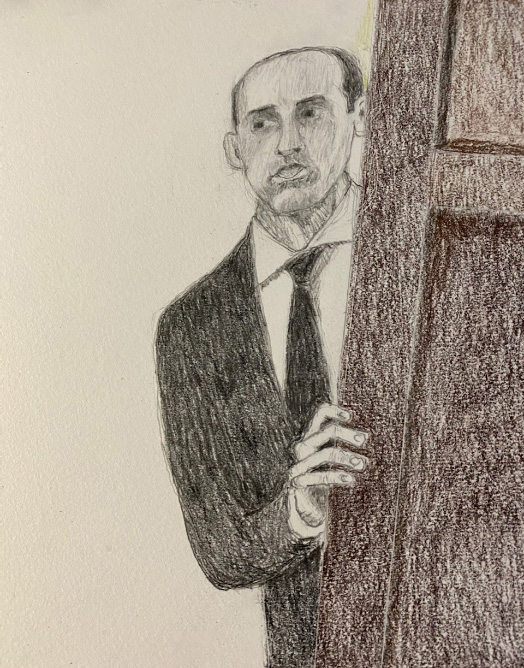 I find Miller an interesting creature due to the departure he has taken from his liberal Jewish upbringing in Santa Monica, California. Having known one of his cousins, I find his divergent social views rather mysterious. How does one go from being the grandson of poor immigrants to a hard-biting anti-immigration official in US government? One hears that Miller was irritated and annoyed by the fact that Latino students in his high school wouldn’t or couldn’t speak English. That may have been the beginning. But I think there’s a personality problem here, and Miller simply couldn’t control his fear and hatred of anyone different. Forget that his family had fled pogroms. In today’s world, Miller wouldn’t dream of letting those raggedy, Yiddish-speaking, asylum-seekers into the country. (He’d prefer immigrants with lily white skin from Scandinavia.) What I’ve heard about Miller is that he drones, lectures and talks at people in a way that makes them want to run from the room, that he’s both intolerable and intolerant, and that he has no idea what a crazy bore he is with his out-of-date ideas and stringent right wing politics. This is the man who advocated for separating children from parents at the border. He thought the stupid wall was a great idea. He doesn’t want DACA kids to remain in the country. And he’s hoping that Covid policies will lead to long lasting restrictions on who’s allowed into the country. This man is an adenoidal freak with a mile-high personality disorder. It was hard to draw those cold, dead eyes staring out of that expressionless face. But I did it anyway, god only knows why.
Copyright © 2018 Artprofiler
X