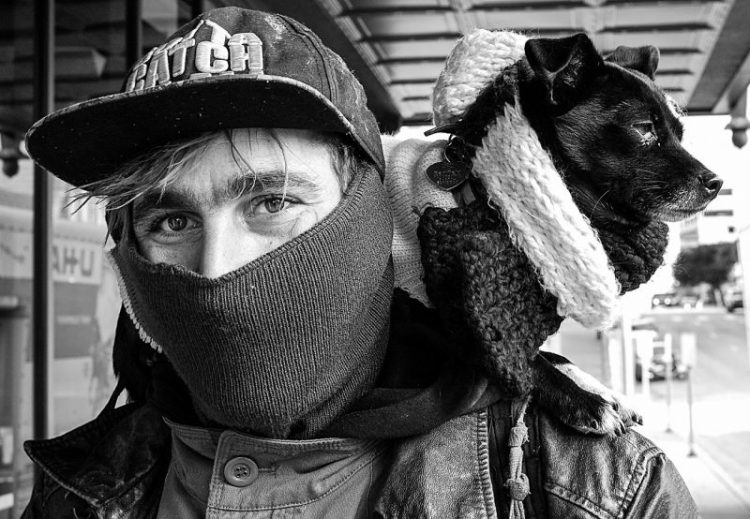 On December 18, 2016, I met Caster and his dog, Daria, on a brutally cold 27-degree day in downtown Austin at Congress Avenue and Seventh Street. I knew I recognized Daria, and Caster told me he was dating a woman named Cat. As we talked, I realized that I had photographed Cat — Catherine Fako — a week earlier on Sixth Street, where she was holding Daria in her arms. Cat and Caster were sharing custody of Daria, a precious dog that has since passed away. In the years since, I have forged a close friendship with Cat, who has been living on the streets of downtown Austin since 2012.
Copyright © 2018 Artprofiler
X