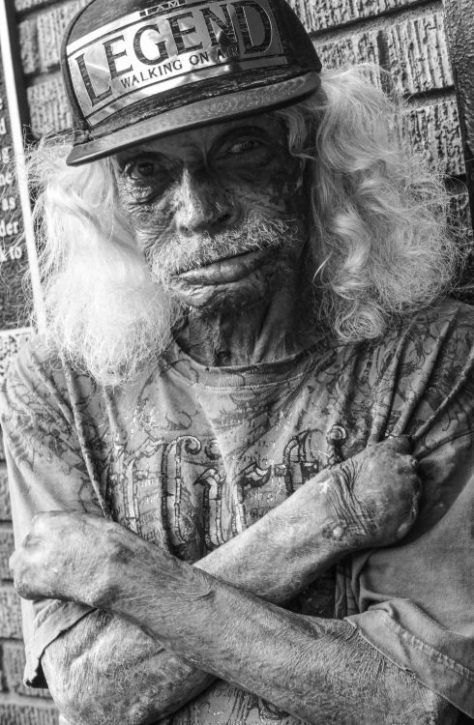 I first met Adam Chavez, a member of Austin’s homeless community, in summer 2017 on Sixth Street, and I photographed him there again a year later. In the time since, he has relocated to East Austin, escaping what he describes as the dangerous downtown fighting on Seventh and Sixth streets. Adam was severely burned about 15 years ago. He said someone poisoned his drink at a beer joint, sending him into psychotic and delusional thinking. That same night, he doused himself with gasoline and lit himself on fire. In conversation, he references two family members, a brother in Georgetown and a sister in Austin, but he’s still living on his own on the streets. When asked how he’s making it, he points to his huge Styrofoam cup, which holds money given to him by strangers. As for the ongoing pandemic, Adam says he’s not scared of the coronavirus. “If it’s gonna take you, it’s gonna take you,” he says.
Copyright © 2018 Artprofiler
X