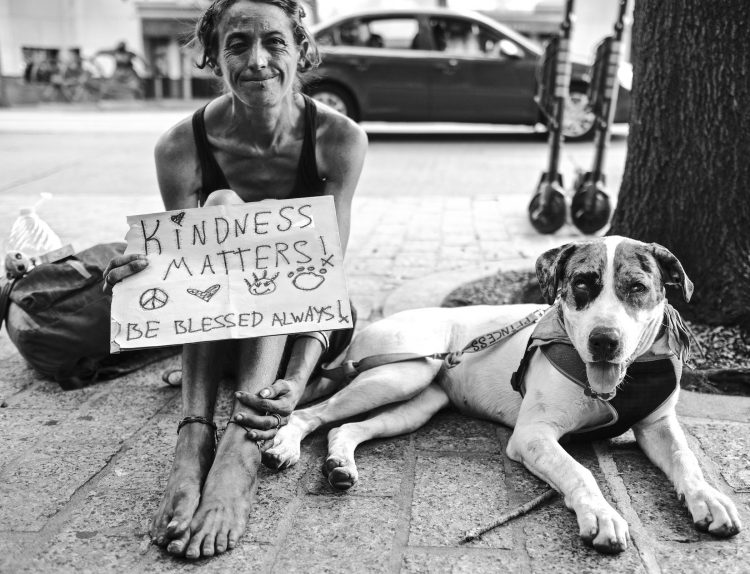 Catherine “Cat” Fako and her dog, Princess, are familiar figures in downtown Austin’s homeless population. In this August 2019 photo taken on Congress Avenue, Princess was a puppy growing into the role of protective guard dog. Last year, Cat was unable to continue caring for Princess and made a difficult decision that allowed her dog to be taken to the Austin Animal Center. Now, thanks to her social care team, the 34-year-old Cat is reunited with Princess and living in permanent housing — an apartment where she and Princess can both stay. Cat grew up in Florida and hit the road as a teenager. She boarded a “hippie bus” (a school bus converted to an RV of sorts) and started train hopping and living as a street kid. Even though she’s living in an apartment, Cat still spends much of her time on Sixth Street, where she’s not isolated and feels a part of the community.
Copyright © 2018 Artprofiler
X