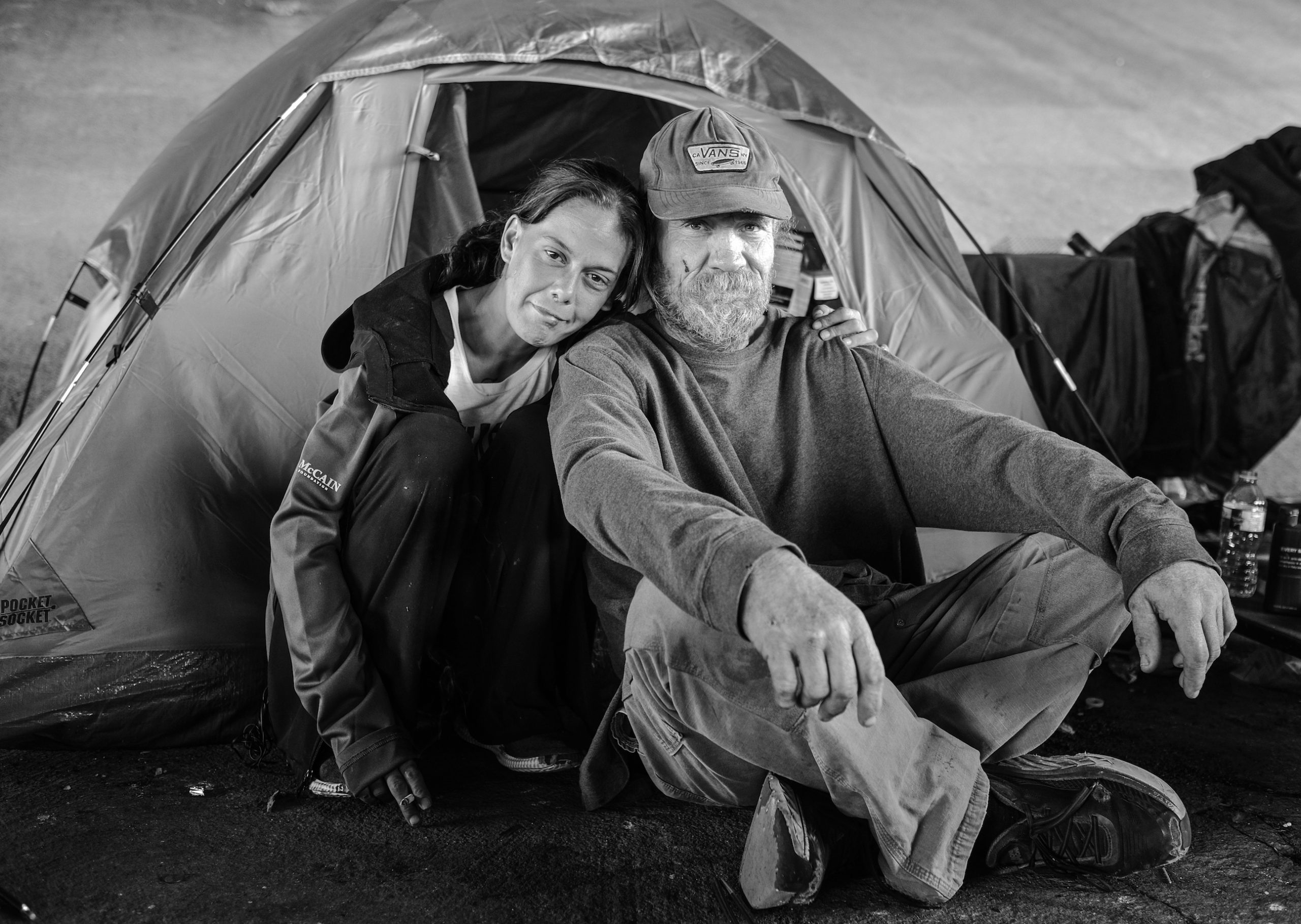 On November 3, 2019, Joseph Nicholas and his girlfriend, Amanda Grasty, were preparing to move their tent and other belongings from beneath the Interstate 35 bridge at Sixth Street in downtown Austin. Their actions were in anticipation of a directive from Texas Governor Greg Abbott, who ordered the cleanup of homeless encampments beneath several state overpasses in the city starting the next day. Joseph, a freelance mechanic, said he was fortunate in that he was strong and healthy and able to work. “I can make it,” he said, “but a lot of people down here can’t.” He and Amanda, who maintained a neat and tidy campsite, were taking the cleanup in stride. Pointing to their belongings, and to his girlfriend, Joseph said, “I’m gonna take the tent, the hat, the sleeping bag, and her.”
Copyright © 2018 Artprofiler
X