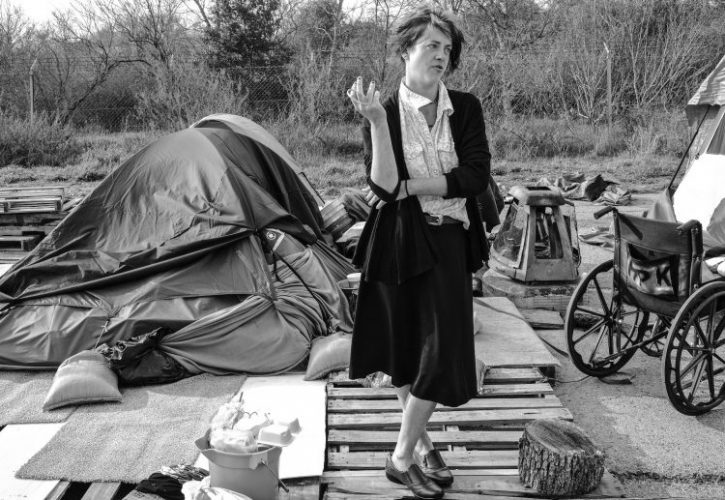 In late February 2020, I met Carrie Elise Fiore — “Ellie” — an abstract artist, poet, songwriter, and musician who was one of roughly 140 people living at a homeless campsite in southeast Austin. The site is owned by the Texas Department of Transportation and once served as a maintenance yard for state-owned vehicles. There is a strong sense of community here, where most residents reside in tents while others live inside old vehicle bays — tiny garage apartments of sorts that have been fashioned into homes. Ellie, who was among the tent dwellers, grew up in Amarillo and moved to San Marcos at the age of 19 to attend Texas State University. Now 37, she had been homeless for over a year and had been living at the campsite for about eight days when I met her. “All I do out here is philosophize,” says Ellie, who lost her job and has battled serious health issues. Of the diversity of the camp, she says: “There are just people that are missing something. There are a lot of good faces out here, there are a lot of fascinating faces out here.”
Copyright © 2018 Artprofiler
X