Tales of the Town

A Wee Abortion in the Sixties, Part 2 (Tales of the Town)

Editor’s note: Start with Part 1 of “A Wee Abortion in the Sixties” here.

At the time I’m writing about, my sister Vivian, who wanted to become an actress and certainly had the talent to do so, was a junior at Sarah Lawrence College. She had an active, busy life, but with the advent of her pregnancy, she crumbled and shut down. What girl wouldn’t have? An illicit pregnancy in the sixties meant being sent away, shamed, stigmatized, pitied — or, if one was determined, seeking out some most likely shady doctor to perform an abortion. 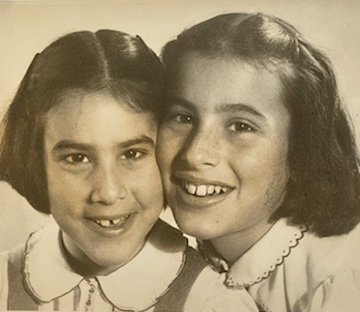 Nicole and Vivian, only a few years before Vivian became pregnant

My parents didn’t want to do either of those things. I would hear them murmuring to one another, whispered discussions about whom to consult, who to talk to. My aunt was a pediatrician and our family doctor was a cousin of my mother’s, but I don’t think they approached either with their worries. In the end they consulted my father’s nephew, a man named Michael S., who lived in Zurich. 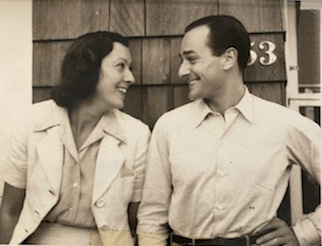 I had known Michael my whole life. He was over twenty years older than I was, and I didn’t like him, mainly because he had no interest in children and never talked to me. If he was visiting New York and came to dinner, the whole conversation would be in German specifically so I wouldn’t be able to understand the dirty jokes and tales of sexual exploits he was telling. A tall man with a sort of handsome face and crinkly dark hair, he was known as a womanizer and man about town, moving quickly from girlfriend to girlfriend. I’ve known several men like him over the years, guys who can’t form long lasting relationships, who quickly grow bored with whomever they’re dating. This is no doubt due to a smothering mother, or some form of neurosis, but it’s also a curse dooming the poor “victim” to a life of loneliness and bitter frustration. (One male friend who confided this problem to me ended up committing suicide; another simply walked out on his wife one day when he went out for a pack of cigarettes, never to get back in touch with her or inform her of his whereabouts.) Michael S. was a little like this, presenting a happy face while, underneath, one could sense feelings of emptiness, possibly even despair. Anyway, he was the person my mother contacted when Vivi fell pregnant. 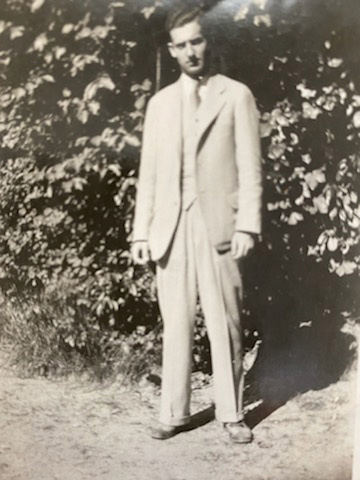 And he came through, of course he did, because he’d knocked up quite a number of women in his life and had to deal with the consequences.

Editor’s note: This story by Nicole Jeffords will be published in three parts. Come back on Monday, October 26 for Part 3!