Tales of the Town

In 1963, when she was twenty years old, my sister had an abortion. The circumstances were unusual. Vivian was a vibrant, gorgeous charismatic girl, very high strung, prone, already at her age, to drama, dark schemes and vendettas. I was four years younger and for most of my life had been terrified of her because of her outsized personality and the jealous rages that were frequently directed at me. When Vivi joined our parents on a ski trip to Davos, Switzerland, I — a junior in high school — was pleased to have her out of the house. 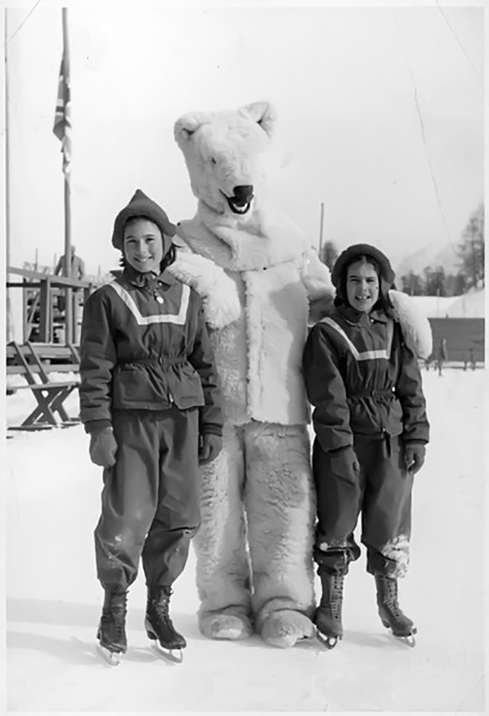 Vivi was to spend a week in Davos, returning home a few days before my parents. As far as we knew, she was a virgin, a fact she wasn’t shy about advertising or musing over. On the second day of the trip, she had a private lesson with a ski instructor whom she immediately formed a crush on. He was a ruggedly handsome Italian and he must have woken something in her soul because that night she agreed to visit him in his apartment. Where she had sex with him. The only detail of this she related to me was that, to her horror, there was a crib beside the bed where he took her virginity — his wife and baby were out of town for a few days. She didn’t let the crib deter her, but the next morning she rushed straight to my parents’ room, telling them what had happened and that she was convinced she was pregnant. Of course, this seemed ridiculous, but she insisted she felt different, already slightly nauseous and weird. My parents, who were amazingly open-minded about the whole thing, told her to relax and enjoy her vacation; her worries would amount to nothing.

But they were wrong because Vivi was indeed pregnant. Abortion was illegal at the time. We lived in New York City where a cut-up body had recently been found in the sewer system due to a botched abortion. Every girl I knew was terrified. The Pill was in its early stages, so all that was really available were condoms, withdrawal or the diaphragm. (When I myself went to the gynecologist a year later, he insisted that I learn how to use a diaphragm though I wasn’t yet sexually active, a task at which I really sucked since the thing was so slippery.) My point is, despite what people liked to think back then, teenage girls had the same raging hormones as boys and things happened in the back seats of cars, hidden beneath trees in a park, or on an apartment couch when the parents were out. And those things inadvertently led to pregnancy. Girls who’d had sex with a guy who used a condom that ripped, counted the days till their next period and if it didn’t arrive they were screwed. Some would go to Mexico or Puerto Rico for abortions. Some would use the coat hanger method, sticking god knows what up their vaginas, till they started hemorrhaging, developed fevers, were sent to the hospital. Many died.

Try and find someone who’d perform an abortion in those days. Even though a D&C was a simple procedure, it was illegal and therefore dangerous. My parents didn’t know what to do. They’d emigrated to the States when they fled Hitler Germany in 1938. They were in the art business and theirs was a life of books, music, painting, culture. With the advent of Vivi’s pregnancy, our house was plunged into darkness.

Editor’s note: This story by Nicole Jeffords will be published in three parts. Come back on Thursday, October 22 for Part 2!

Next Article
A Wee Abortion in the Sixties, Part 2 (Tales of the Town)