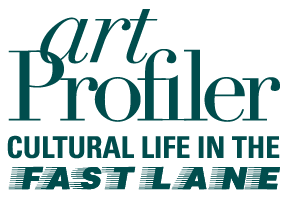 ArtProfiler is an Austin-based online cultural magazine dedicated to publishing edgy art, fiction, video, photography and opinion pieces that speak to the restive energy, complicated politics, and angst of our times.

Artprofiler.com started as artist Nicole Jeffords‘ personal website in 2013. At the time, Nicole’s motto was that through marketing friends and clients she could market herself. She would do in-depth interviews that included portraiture, photos, and a written history that would go up on ArtProfiler once a month.

A year later she met Randi Turkin who became her creative director. Together they redesigned the site in such a way that the viewer felt invited into Nicole’s studio and was able to understand the methods Nicole used to produce her captivating oil portraits. 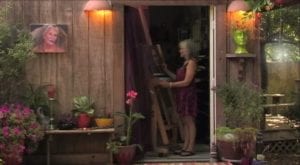 MEMOIR, THE WORLD OF FRANYO

In 2015 Nicole’s sister, Vivian, with whom she’d had a rocky relationship, died of ovarian cancer. Nicole, who’d been trained both as a painter and writer, finally felt free to chronicle her family — her parents who’d escaped Hitler Germany, her upbringing as the daughter of wealthy art collectors in New York of the 1960s, her tumultuous first marriage to a well-known Czech photographer, her trials with alcoholism and being a single parent — all of these were captured in Nicole’s illustrated memoir, The World of Franyo, a book that was first produced serially online through ArtProfiler and is now available on Amazon. 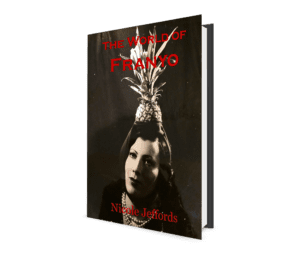 After completing the memoir in June 2016, Nicole decided to write A Secret Grave, a serialized story about Austin-based healer, Victor Goodlove, who disappeared abruptly in 2006, right around the time Nicole’s studio was built. Filled with mystery, romance, danger, intrigue, A Secret Grave ran for two seasons on ArtProfiler from 2016 – 2018, each episode ending on a cliffhanger. Written in blog form and illustrated with vivid photos and portraits of the characters, plus plenty of gossip about the Austin arts scene, it’s hard to tell how much of the story is real and how much is fiction. Both seasons of A Secret Grave are available on Amazon. 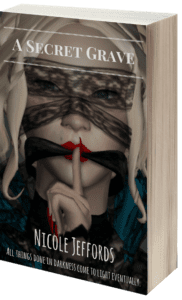 As Randi and Nicole began to work on Season Two of A Secret Grave, they realized they had outgrown their website. Along with portraiture and serialized stories that created a very accurate picture of today’s cultural climate, they had begun to include satirical videos and provocative political memes. Suddenly they were no longer an artist’s site. They had become a cultural site that portrayed the crazy roller coaster beliefs, artifacts and momentum of our times.

In 2017, the pair expanded ArtProfiler to include the points of view of other artists, writers and commentators. We welcome discussion and input from everyone who visits the site. Our goal is to see what goes on in the gray zone between the black and white thinking of the right and left. As the poet, Rumi, said: “Out beyond ideas of wrongdoing and rightdoing, there is a field. I’ll meet you there.”

ArtProfiler’s logo image was designed by Dita Oddfish and is licensed here.