From the Editors 3 months ago

We’re selling our troops as mercenaries now. That’s right. If you’re friends with us like Saudi Arabia is, and need a little help, it’ll only cost you $1B.

During Trump’s interview on Sunday with Laura Ingraham (Fox News), he bragged, “Saudi Arabia is paying us for [our troops]. We have a very good relationship with Saudi Arabia… I said, listen, you’re a very rich country. You want more troops? I’m going to send them to you, but you’ve got to pay us. They’re paying us. They’ve already deposited $1 billion in the bank.”

Trump went on in the interview (demonstrating his total oblivion to the fact that US troops are meant to protect America, not Trump’s favorite wealthy countries), “We are going to help them, but these rich countries have to pay for it. South Korea gave us $500 million… I said, ‘You gotta help us along. We have 32,000 soldiers in South Korea protecting you from North Korea. You’ve gotta pay.’”

Unsurprisingly, the president was lambasted by many on social media for boasting about using our men and women who sacrifice their lives for our freedoms as mercenaries. Are we really going to sell troops to any high-bidding country, regardless of that nation’s ideology or rationale when it comes to war? 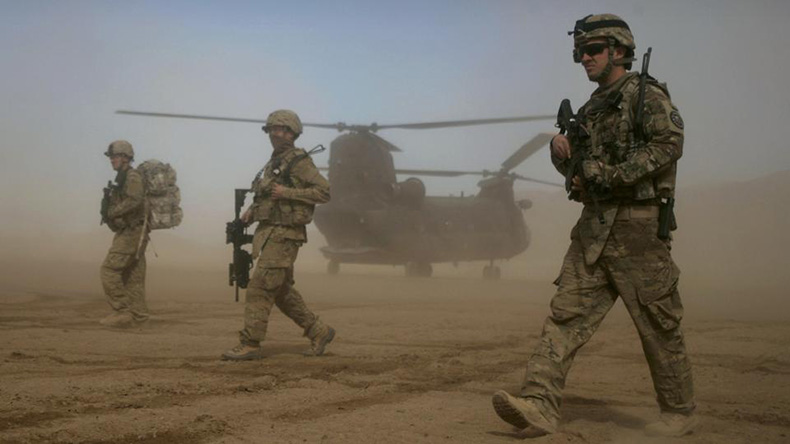 Saudi Arabia was not only behind the horrifying dismemberment and murder of The Washington Post Saudi journalist, Jamal Khashoggi, last year. Most of the 9/11 hijackers were Saudis. And though recent improvements have been made for women, gender equality in Saudi Arabia is severely limited. Yet, we cozy up to them. One thing that puzzles me about Trump supporters who continue to be his mega fans is that they–the most fervent ones–generally display an intolerance of Islam, and Saudi is a country that practices sharia law. But I don’t hear any of them criticizing the president’s move to sell them US troops. Trump promised to bring troops home–the exact opposite of what he’s been up to. Why the silence from his supporters and, more importantly, the GOP?

But the bigger question on my plate right now is where did that $1B go?