Andrea Ariel and Andrea Ariel Dance Theatre: a creative resource for thirty years with sureness of step and lack of slowdown

Andrea Ariel and her Andrea Ariel Dance Theatre (AADT) are celebrating their thirtieth season, three decades, of leading-edge contemporary dance in Austin. Ariel also just finished her stint as the 2019 Austin Creative Ambassador for Dance (her second award of the title). In light of that, she turned her recognition and creative experience back to the Austin community with a projected series of events in the winter and spring of 2020. These included work as an Arts Partner through Austin Independent School District’s Creative Learning Initiative and independent Creative Community Voices workshops for adults at all skill levels. Then, of course, the global coronavirus pandemic shut down the performing arts and most of the public economic activity in the United States. But rather than stopping Andrea Ariel, the national lockdown (not yet past as of this writing) has deflected her into new creative pathways. Importantly, her new live stage show, Reimagine, will be postponed until 2021, with continuing development until then—Reimagine reimagined so to speak. More on this later. 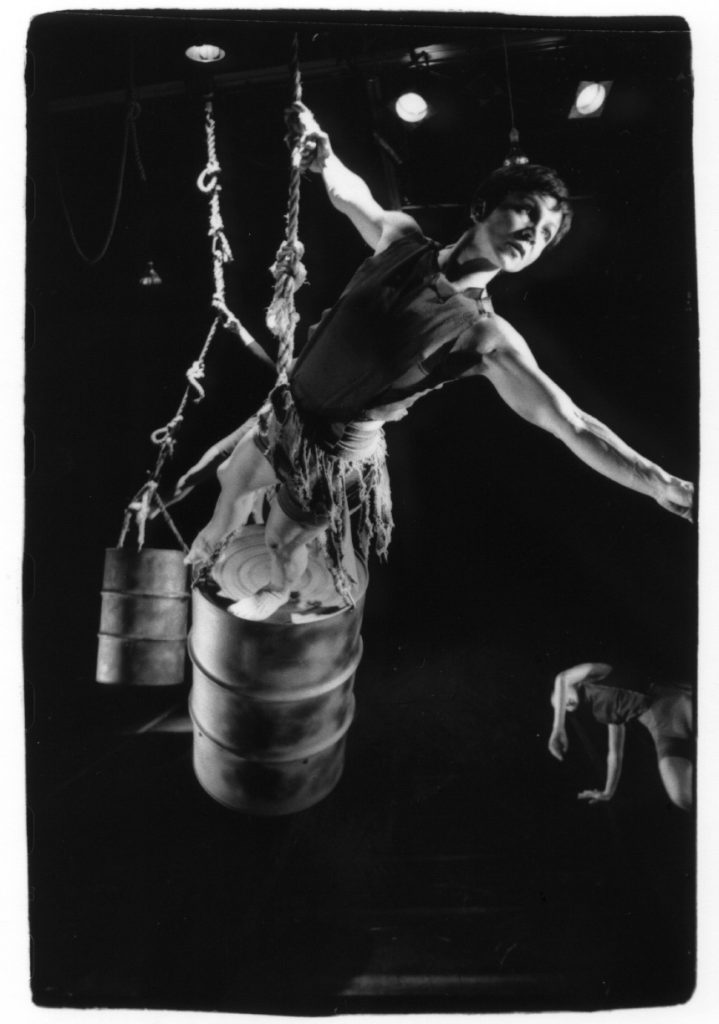 Major elements of any arts career intertwine with life as lived: “Of course I want to see to my artistic development in all this, but I also want to conduct community building programs,” Ariel said in a 2019 interview. Soundpainting, public workshops, and original shows form a very large stage for accomplishing and bringing together her diverse goals.

But how can Andrea Ariel be such a creative resource for thirty years with sureness of step and lack of slowdown? The progress of her career is outstanding among people pursuing the fine arts as a life’s work. In all that time, she has investigated new themes of social and environmental commitment – woke before there was woke.

Ariel moved to Austin in 1989 after receiving her MFA, but she had performed earlier in Dance Umbrella’s Ten Minutes Max series in 1988. Her choreographic progress since then has moved through clear phases and numerous series of public dances and performances, either solo or with a corps of professional dancers. She traces the formal creation of Andrea Ariel Dance Theatre to 1990 and performances at Capitol City Playhouse in Central Austin. Ariel prefers to explore new forms and material with casts and crews who have worked with her over the long term. 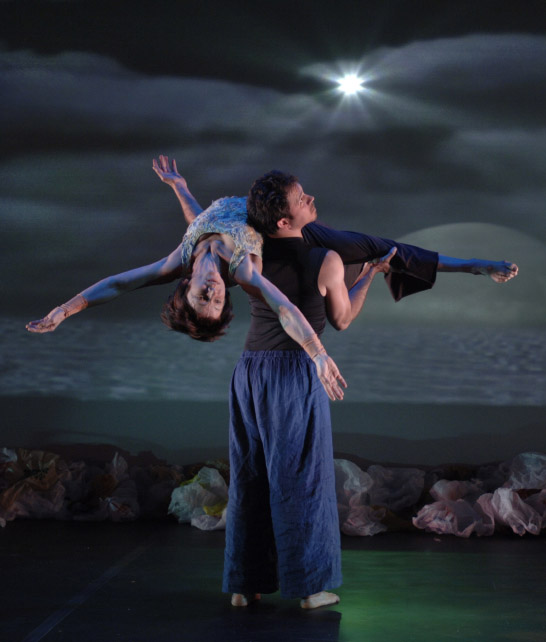 Through the middle and late Nineties, Ariel investigated multimedia forms matched with alternative spaces. The company engaged in huge efforts to build performance spaces into warehouses and commercial buildings. Memorable shows were mounted in The Nalle Plastics Warehouse and the Covert Buick Showroom on Fifth Street. Ariel and other choreographers developed the concept of dance in alternative spaces and called it site dance, elaborated much further by world-renowned choreographer Sally Jacques of Blue Lapis Light..

In the early 2000s AADT was housed in Austin Lyric Opera by virtue of Ariel’s employment there. Ariel taught classes, choreographed the operas, and she occasionally performed in them. She also mounted AADT’s shows in the opera’s Ducloux Hall. The time was one of emerging social activism in the arts, and for Ariel it meant reaching within to find the agency and empowerment needed for reaching outward. Titles of two of the shows are illustrative: 7 Rooms to the Soul (2001) and Shoulder to Shoulder (2003).

The time after Austin Lyric Opera was a time of new venues and new collaborators. Her show Detour (2005), anything but, was a milestone. It assembled talent, working processes, and artistic forms that Ariel would return to and elaborate for at least the next twelve years. 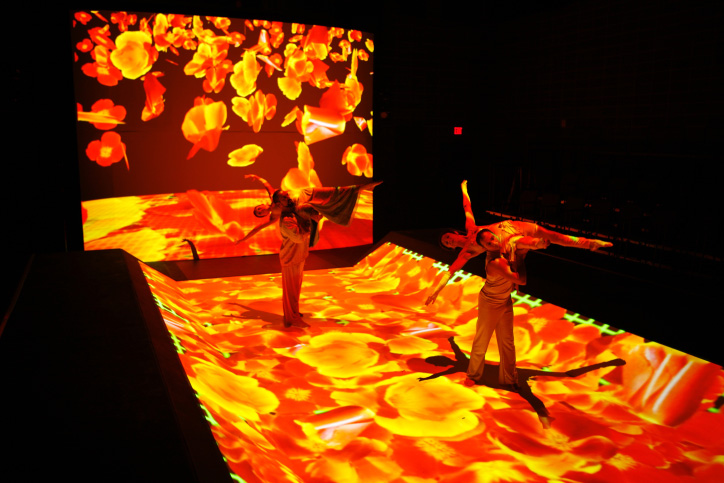 The Gyre series (2006, 2007, and Flush 2009) was a long environmental cry of despair and an effective exercise in consciousness raising. The shows had memorable duets and increasingly tighter interfaces with alternative modes. These were seen especially in the combination of video and live action, notably when dancers rolled physically out of video waves crashing onto beaches.

The Andrea Ariel Dance Theatre premiered the Bowie Project: A Rock and Roll Soundpainting in 2014, followed by two more Bowie Project shows in 2015 and 2017. The performances were mixed media improvisational shows. They revolved around the music and persona of pop star David Bowie and were structured around the improvisational form termed Soundpainting. The form is a creation of internationally recognized composer Walter Thompson. Ariel had first produced a Soundpainting show at the time of the Covert Buick showroom shows, specifically Red Light/Green Light (2000).

Soundpainting is a means of directing any medium or performance mode participating in a show. A Soundpainter or composer makes specific gestures, or signs, to indicate the type of improvised material desired of the performers. Currently, the form claims more than 1500 gestures that create a syntax of who, what, when and how used to sculpt the improvisations of the performers. Most commonly, the performers are dancers, musicians, visual artists, and actors.

Ariel continues to experiment with Soundpainting through the 30th year of her career, applying it in different degrees and ways in Locked-in (2018) and Rally (2019). 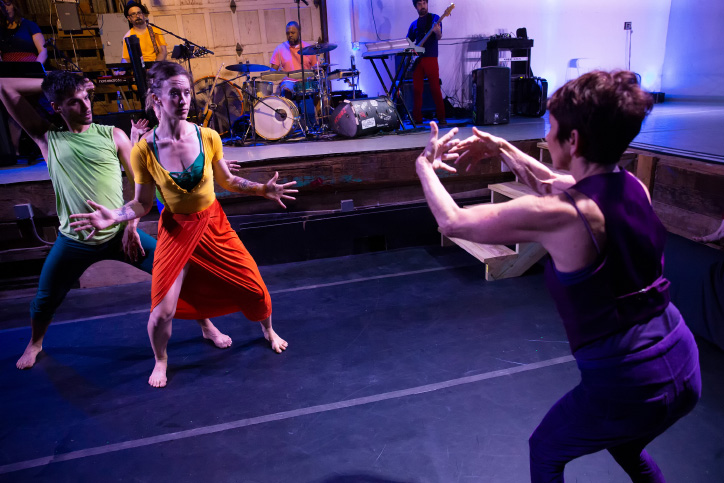 2019 workshops in Spain and Oakland, California, extended her learning and experience of Soundpainting. The Oakland workshops were organized by Eric Kupers of California State University, East Bay. Working with students at all skill and educational levels was essential. “The point of it was to experiment with the applications of Soundpainting in inclusive ensemble practice in performances.”

More to the point: “How can we play with Soundpainting in their creative processes?” All the artistic modes came together among the professional artists and attending community members, and they worked initially with their “home” skills and modes.

Ariel cited the success of the Oakland workshop, saying, “It stretched all their improvisational skills. It helped them realize how connected they are to each other. I would definitely call it community building.”

Referring to all Soundpainting workshop attendees as community voices, Ariel said, “The workshops revealed to them all the immense creative resources available to them in their [own] work.” She then offered a deeper insight: “It gave them the self-realization that ‘my stories are part of all these stories, and they are all the same story.’” The Oakland workshop experience planted and watered a few creative seeds for Ariel’s Community Voices workshops in Austin. They are free events for adults at all levels of development and interests. Ariel is now planning a live virtual Community Voices workshop to gain that essential sharing, in adaptation to the new normal and to express our many voices. This avenue is only starting to be traveled. 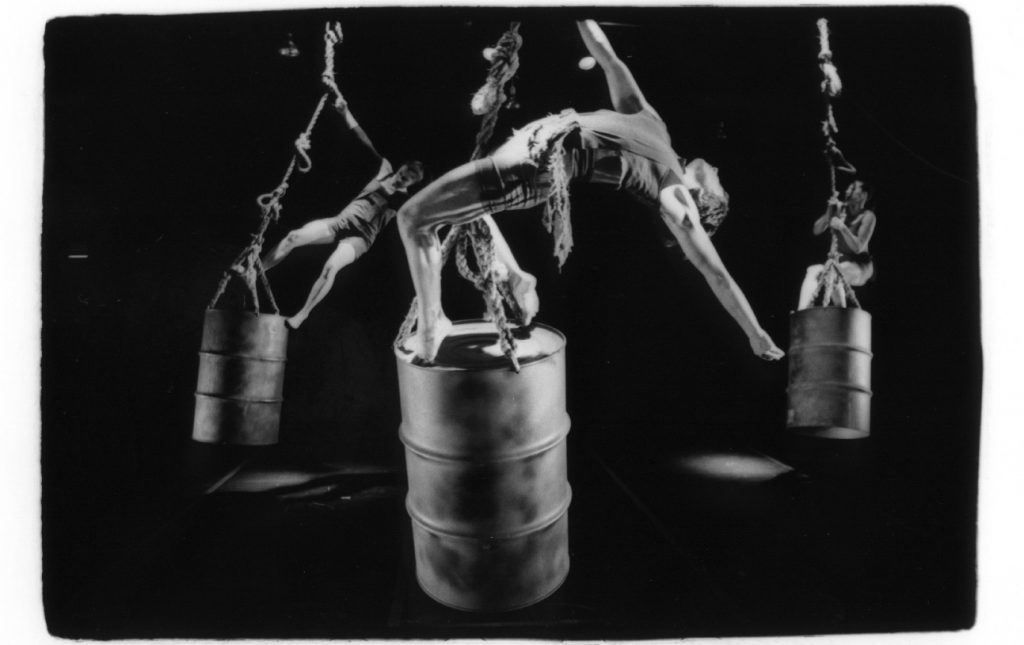 In recognition of the thirtieth year of her career, Ariel started work on a show for April 2020 just before the global Coronavirus pandemic. Her intent before that catastrophe had been to help create a bright future while acknowledging that which had come before. The title of that work is Reimagine, and while scheduled to premiere in May of 2020, it has been postponed until 2021. Ariel reimagines art from decades past in her own career. Music for it will be composed and performed by composer Graham Reynolds with a small ensemble. Reynolds has collaborated with Ariel and AADT in ten of their shows in a span of twenty years at least. The same goes for some of Ariel’s dance collaborators who have been with her since the mid-Nineties. In this work of reimagining, Ariel sees threads of continuity, for example duets built from similar materials across ten years or more of her dance shows. A strong example of such a thread is her duet with Steve Ochoa in Five.Two.Ten in 2008. That dance for her has always been one of “those things that happen that allow new things to happen.” Reimagine is reserved for presentation in the Long Center, 2021.

But Reimagine, perhaps ironically, already points down one of those new avenues of exploration. The AADT team will commemorate its 30th year with REIMAGINE in the Making, an online experience, or documentary. It will combine archival video of past shows brought into Reimagine with rehearsal excerpts pre-Covid-19, virtual rehearsals, creative experiments, and zoom-type dance reimaginings by the dancers in their homes and outdoor spaces. There may also be Soundpainting through Zoom. Take that, Coronavirus! 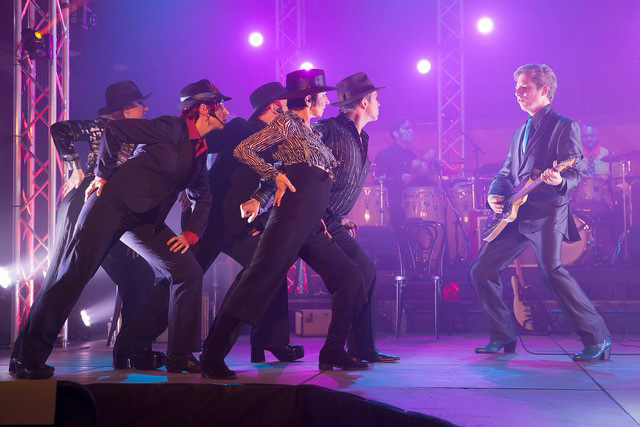 She is also exploring virtual programming for youth in her ARTSPLUS, arts-in-education program through her official Arts Partner status with the City of Austin’s Creative Learning Initiative. She is applying Zoom and other virtual techniques to teaching her Musical Theater Dance class at St. Edward’s University.

If that weren’t enough, three times a week she leads Move to the Music on the sidewalks along her block in East Austin, with support from the local musicians and outdoor social distancing carefully in place. Take that again, Coronavirus!

There’s something else, too. Expressing an almost tabula rasa ethos, Ariel states, “I think of myself as starting with a big empty space of not knowing.” As thirty years of audiences can attest, Ariel quickly fills the big empty space with primary creativity and world-class contemporary dance. Now more than ever, and in the post-Coronavirus world (whatever that may look like), Ariel’s values and talent for adaptability are needed by all of us. Always looking forward, Andrea Ariel invites us to accompany her on the journey. 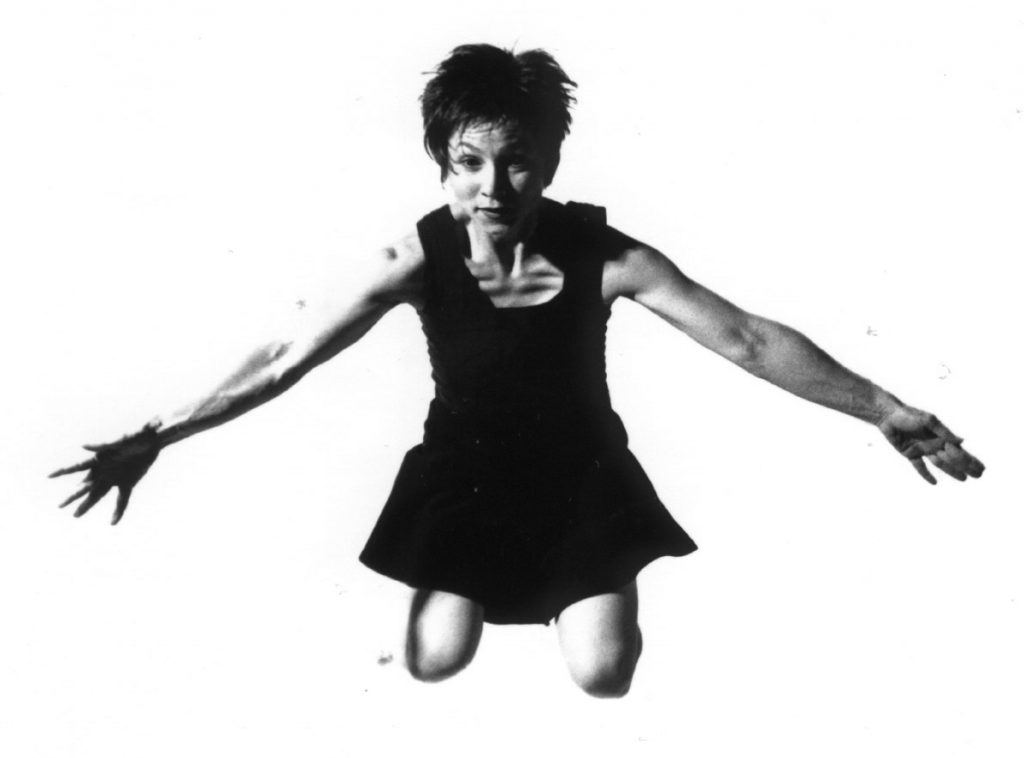