My husband — whom I’ve always known as a normal intelligent person, an educated man with a degree in mechanical engineering — has recently become convinced that vaccinations are dangerous, filled with all kinds of nasty undesirable ingredients that are particularly bad for infants and children. This craziness started when he had a flu shot six weeks ago and became ill afterwards. Now he worries about autism and will not allow me to have my children vaccinated (we have a toddler and are expecting another baby in three months). What do I do? For sure I want my children to be protected against debilitating diseases, and I also want them to have the freedom to go to the schools and camps we choose and not be refused entry because they haven’t been inoculated. 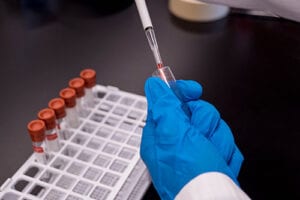 I have no sympathy for anti-vaxxers. Quite the opposite. I believe their fears are based on hysteria, ignorance, lack of education and information — I don’t care how much research they’ve done. The link between vaccination and autism has been debunked. The government is not adding nasty things to vaccination fluids to control the population. The earth is round and not flat. There, that’s my spiel. As for your husband: you can talk to him about life before the polio vaccine, when mothers were terrified of allowing their children to go into swimming pools for fear of catching the dreaded disease; you can talk to him about tuberculosis, smallpox, tetanus, diphtheria, measles, mumps, rubella, Hib, pertussis, diseases or conditions that have been brought under control or practically wiped out of existence because of vaccination. You can point out to him the recent spread of measles due to a small community that refused to vaccinate. You can tell him you want your children protected. Period. Have him talk to teachers, doctors, other parents. Show him graphs, statistics, research. And discuss with your pediatrician the possibility of vaccinating at slower rates if you are concerned. This is a big fight, I know. 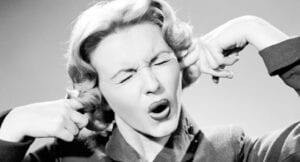 If your son no longer lives in your house and is financially independent, then what he does with his appearance is none of your business. You ought to consider that a relief.

My fingers would itch to cut off that beard. It’s an awful feeling to know your kid might walk into a job interview and make an ass of himself. I know because I went through it with my son, pestered him to death about his tattoos, ‘til he wouldn’t answer the phone or talk to me. It was a lesson for both of us. He eventually cleaned up his act and I learned to leave him alone.