ArtProfiler’s Artist Monthly series highlights one artist per month for exceptional work in his or her chosen medium.

Growing up on the Jersey shore, Bruce Bitter was just another surf bum hanging out in Seaside Heights, now famous for its T.V. series, “The Jersey Shore.” He can’t say he always wanted to become an artist since the age of 3 or 5 or 10, but he did take art lessons. Even after he was thrown out of the one art class that St. Joseph’s High School offered. (Catholic school was not big on the arts back then.)

After graduating college with a BFA in Studio Art, Bruce got a job in Philadelphia as a graphic designer. He also started creating large serigraphs in small editions and exhibiting them in the Philadelphia area. After getting married he moved to Haddonfield, New Jersey, where he became interested in realistic imagery, incorporating 10 to 15 color separations depicting everything from a series of Philadelphia street vendors, to industrial sites and Victorian home facades. Encouraged by numerous trips to the tropics, Bruce created a genre of beach images which evolved into a variety of techniques from serigraphs to pastels and mixed media. After 25 years in Haddonfield, Bruce, his wife and son moved to Austin, where Bruce continues making his art today. 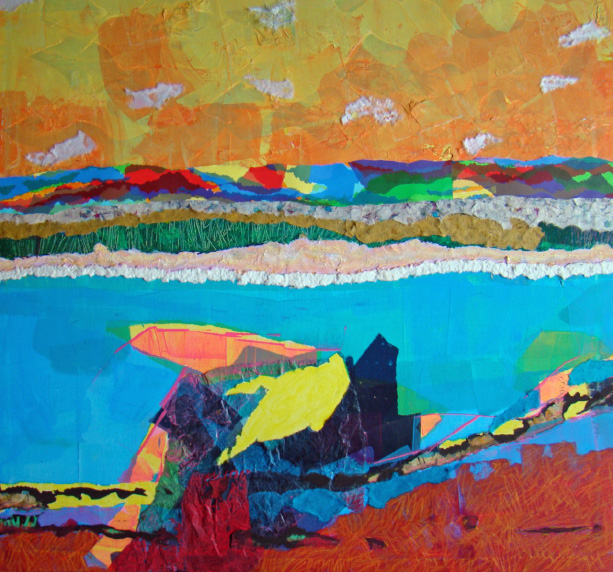 In Bruce’s current works, he goes back to his printmaking roots using serigraphy as a means to create one of a kind pieces. He applies silkscreen layers of transparent color onto paper and canvas, inserting other media like handmade paper and pastel. Recently he has created a series of abstract pieces loosely based on landscapes. His work mainly employs printmaking methods like screen printing, a stencil process in which color applied is forced through silk or fine synthetic mesh cloth with a squeegee. Bruce doesn’t always use a stencil; he likes to pull colors through as a one-shot deal. He also makes monotypes, single impressions made by pressing paper against a painted or inked surface. He paints or inks on an acrylic plate and uses an etching press to transfer the image to paper. And sometimes he produces monoprints, monotype works that also include elements of another process such as screen print, etching or woodcut. Bruce takes it a step further and adds elements like Japanese papers, collage and other mixed media. His work focuses on color, texture and design rather than on a particular place. He doesn’t boast an art philosophy; he lets his work speak for itself.

Bruce has conducted a multitude of workshops in design, printmaking and pastel to students and teachers in New Jersey, Pennsylvania, New York, Delaware, Virginia, North Carolina and Texas. His work has been exhibited in multiple cities in the US including Austin, Philadelphia, Chicago and throughout New Jersey. He has received numerous awards for his works, which are held in both private and corporate collections in the US, Europe and the Caribbean. 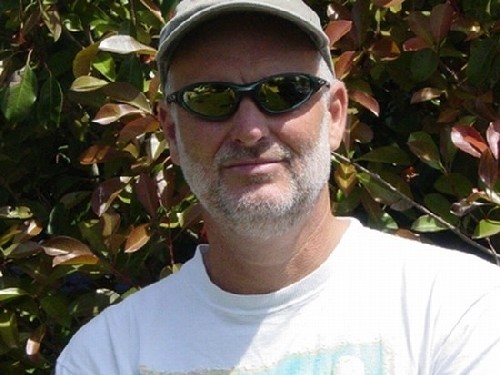 For more information on the art work of Bruce Bitter, please visit his website or Instagram page.