Many years ago my husband and I had a baby using my husband’s sperm and an egg donor. The fertilized egg was inserted into my uterus via IVF and I carried the baby, a girl, full term. Now that girl is in her early twenties, a beautiful young woman who has no idea she isn’t fully related to her siblings. (We had two sons, conceived in the natural way, before using a donor egg to have our daughter.)  From the beginning, my husband and I were hesitant about telling our daughter the truth about her conception. It was easier to say nothing and now, with so much time passed, we’re both convinced the best course it to leave the whole subject alone. Would that be terrible? What’s your best advice? 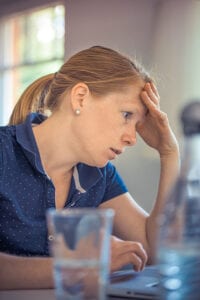 Many years ago, a secret such as yours may have remained safe for generations, but as you must know, with the advent of DNA testing services such as Ancestry and 23 and me, that sort of privacy no longer exists. Which means your days without your daughter knowing the truth of her origins are numbered. My suggestion? Sit her down and tell her ASAP. If you feel it’s best to do this with a close family member or mediator present, then by all means do so! But your daughter needs honesty, transparency, reassurance; she needs to hear you carried her within your own body during the nine months of pregnancy, and it was because of love that you took the steps you did. She needs to hear that a difference in genetic coding never factored into your feelings for her as your daughter: she was yours from the moment the pregnancy took hold in your uterus. It will be difficult — you have forfeited your daughter’s trust by not allowing her to grow up with the knowledge that half her genetic material comes from a donor egg. But in the end she will most likely come round. After all, you and your husband went to great lengths to conceive her because of your heartfelt desire to add to your family — which means that, all along, she was exactly the baby you wanted. 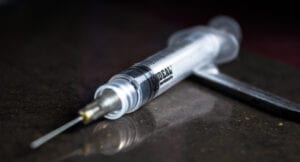 I had the same problem with my husband not wanting me to vaccinate our kids, so I just went ahead and did it anyway. He didn’t ever come to the pediatrician with me, so it really made no difference. Years later, when he discovered what I’d done, it was too late to argue over it — but not one of my children ever had an adverse reaction to a vaccine, so that was the end of that.

I have an autistic son and I’m quite sure his condition was caused by the MMR vaccine he had at 15 months. Before that shot he was a happy, outgoing, communicative child already using words and simple sentences. After the shot, he became withdrawn and despondent. He stopped trying to communicate with us. Eventually he was diagnosed with autism. You can’t tell me there’s no connection between the MMR vaccine and autism.