His Crime is Treason

He has betrayed his Oath of Office
to protect and defend the People and
Constitution of the United States. 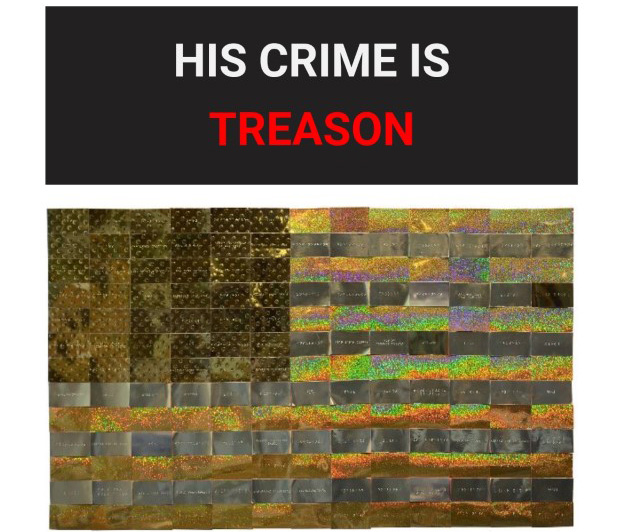 Russia, if you’re listening…
Ukraine, if you’d do me a favor

HIS BETRAYAL BEGAN THE DAY HE ASKED
RUSSIA TO STEAL HILLARY’S EMAILS,
WHICH MADE NO SENSE
(ASKING RUSSIA FOR HELP, THAT IS)
UNLESS IT WAS CODE FOR SOMETHING ELSE

WASHINGTON: The minute I heard about the whistleblower’s complaint concerning Our Leader’s conversation this summer with the president of Ukraine, it struck me that it was a repeat of the criminal behavior the Mueller investigation was unable to find conclusive evidence of with regard to the help Candidate Trump received from Russia in 2016.

Furthermore, I have long believed, based on my experience working for Mikhail Khodorkovsky during the first of his two trials in Moscow, between 2003 and 2005, that the public appeal Trump made for Russia’s help finding Hillary’s emails was, in fact, something else. I believe it was the coded signal the Kremlin required of Trump to confirm that he knew of, and approved, the deal he and the Russians had agreed to through third parties.

Otherwise, if the Russians hadn’t demanded a signal directly from Trump, why would he have risked raising the suspicions he did, during a press conference no less, when, apropos of nothing, he asked for the Russians’ help and promised they’d be “rewarded” for it, if it was forthcoming?

It was the same dilemma we faced with Khodorkovsky after his arrest in October 2003. How could we know he approved the strategy and messaging his Western legal and media relations teams proposed if we couldn’t communicate directly with him, especially if we had reason to believe the instructions we were receiving from his chief defense lawyer couldn’t be trusted? 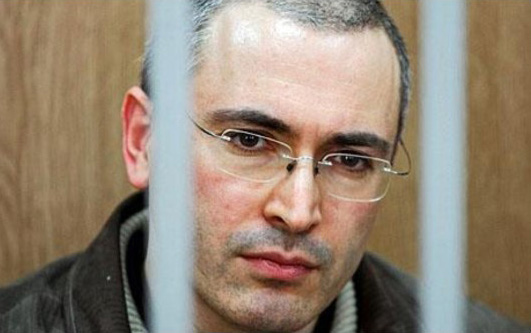 Without divulging the details of how we established a secure line of communications with him once he was imprisoned, suffice it to say we were able to establish signals Khodorkovsky could send us when he was in open court, behind bars, at certain times on certain days, indicating he approved or disapproved what we were doing, or proposed to do, on his behalf.

In the shadowy game of high stakes international intrigue, there are times when assurances conveyed by second and third-party intermediaries aren’t good enough. That was true for us with regard to Khodorkovsky and I would imagine it was even more true for Vladimir Putin when dealing with an individual known to be as disloyal and untrustworthy as Donald Trump.

Clearly, Our Leader knows better than to turn his back on the Russians because he knows they have enough evidence of his perfidy to destroy him; his respect for Putin is evident whenever they’re together. This summer, however, the foreign head of state he was trying to make his wasn’t quite so eager to take sides in our coming election and someone with knowledge of what Our Leader was trying to do had the courage to blow the whistle.

In both instances, first as a private citizen and then as President, Donald Trump solicited—and, in the case of Russia, received—an illegal campaign contribution from a foreign government. In so doing, he opened himself up to blackmail if he didn’t make good on his part of the bargain. Or he agreed to compromise our national security if he did; which he has done, repeatedly, as payback to the Kremlin, ever since he “won” the election no one, including himself, expected he’d win.

Evidence of his treachery has been in plain sight for everyone to see, beginning with the conversations his National Security Advisor-designate and son-in-law had with the Russian ambassador during the transition. Once in the White House, there was the meeting with Russia’s foreign minister during which he divulged top-secret sources and methods that damaged not only our security but Israel’s as well.

Since then, he’s undermined our relations with our NATO allies, the G-7 and our neighbors, Mexico and Canada; taken us to the brink of war with Iran; made a mess of whatever our policy is, or was, in Afghanistan; made a sucker out of us with his lovey-dovey dealings with North Korea; and even managed to antagonize the Danes, of all people, with his ridiculous, unsolicited offer to buy Greenland. Greenland?

Indeed, almost every foreign policy decision this president has made has weakened the United States and benefited Russia. Even his decision to withhold military aid to Ukraine, until it agreed to help him smear Joe Biden, had the intended or unintended benefit of helping Russia.

With the help of his Attorney General and the acquiescence of Congress, Our Leader has so far managed to escape the findings of the Mueller investigation by playing hardball with executive privilege and redacting the Report into a muddled mess before it was finally released.

Whether the Democrats in the House have the wherewithal this time to connect the dots between the phone call to Kiev this summer and the “if you’re listening” appeal to Moscow three years ago—so that the American people get it, and the Republicans in the Senate are forced to act on it—remains to be seen.

Article III of the Constitution defines treason as giving “aid and comfort” to an enemy of the United States during wartime. Whether or not we think we are at war with Russia, Putin has declared war against us; he wants to reverse history’s judgment that the West won the Cold War and his successful sabotage of the 2016 election is likely to be seen as a big step in that direction.

Yesterday, Our Leader accused those in the White House who ratted him out to the whistleblower of having committed “treason.” No, sir. They told the truth. And because they did, we have reason to hope the rule of law will prevail.

It is you who betrayed your country by conspiring with a hostile foreign power to undermine faith in our system of representative democracy. And for that, it is you who should be impeached and removed from office for having committed treason against the People and the Constitution of the United States.

The Art of Our Time is on Sale Now 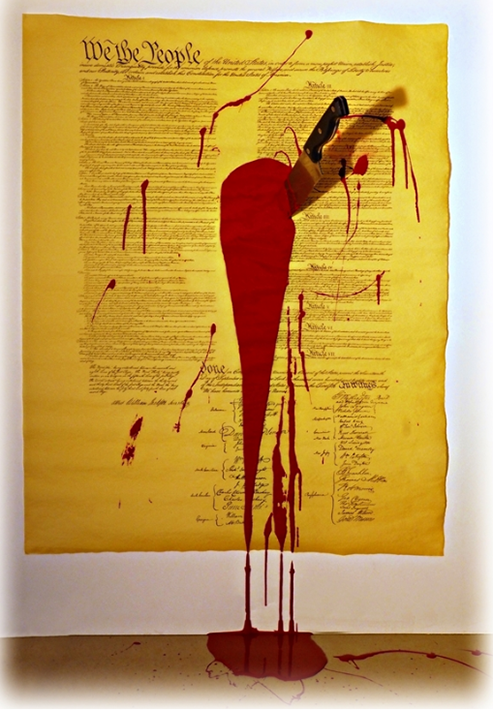 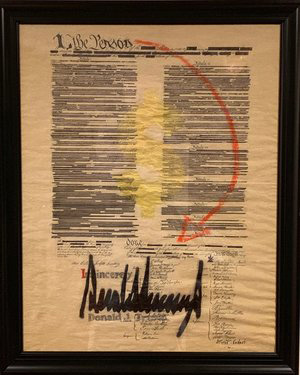 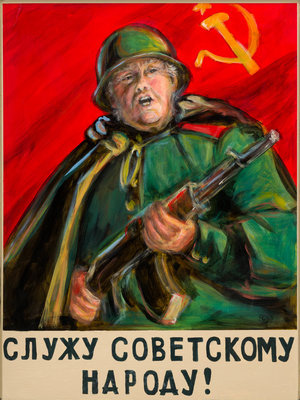 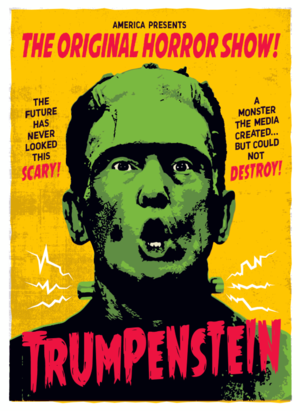