Democracy Wins with Biden/Harris at Helm 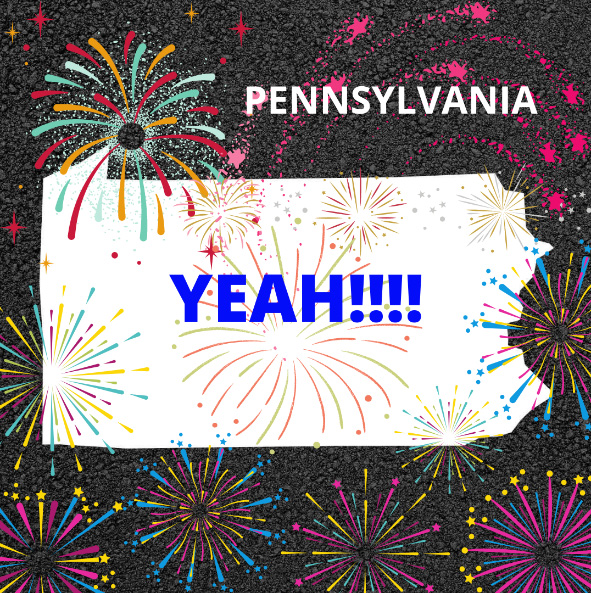 It has been a long week for all of us. We sat on the edge of our seats glued to the news; we psychotically and repeatedly refreshed that electoral map all day long and sometimes at 4:00am hoping for more good news; we lost sleep; we prayed; and, at times, we screamed—particularly when Trump gobbled up 15 minutes on primetime television to spew more lies about a “fraudulent” election that wasn’t actually fraudulent.

This election was democracy in action. Voters came out in historical numbers. The People wanted change and we made it happen.

Of course, Trump released a statement within moments of the call, resisting the election results and insisting that the American people need an honest vote count despite the fact that there is no evidence to support his claims of cheating or missing military ballots or whatever other lies he’s been telling because he is unable to accept defeat. He can live in denial while the rest of the world moves on. And if Biden wins Georgia, Arizona and Nevada, all of Trump’s legal claims will be moot anyway.

The writing is on the wall – Biden and Harris won a fair and free election with a higher popular vote than any time in recent history.

In the coming weeks we are likely to see temper tantrums, lawsuits, authoritarian behavior, firings of top officials, attempts to use the Justice Department to his own advantage and the rage of a malignant narcissist who, in his own words, is “not a good loser.” We will see more of his defiance, his inability to face reality. And he, in all likelihood, will not deliver the traditional speech conceding the election to Biden.

The next few months while Trump remains in the White House will be turbulent. But today, we won’t worry about any of that. Today we celebrate. Because DEMOCRACY PREVAILED!!!! 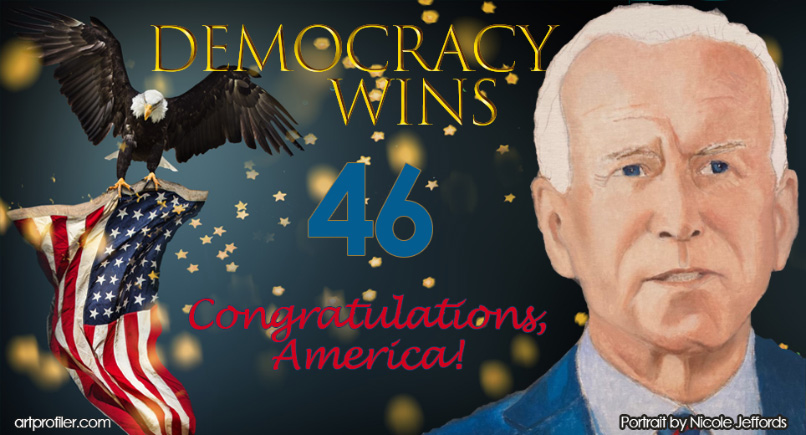 Biden portrait, Our One Remaining Hope, by Nicole Jeffords | Design by Randi Turkin