Deutsche Bank and Trump, just another scandal to add to the growing list.

On Wednesday night, Lawrence O’Donnell reported that a source involved with Deutsche Bank said that Donald Trump’s loans were co-signed by Russian oligarchs close to Putin. The following day, O’Donnell issued an apology for letting the cat out of the bag before going through NBC’s rigorous verification process. Note that he did not say that his reporting was inaccurate or retract his statement. He merely admitted that he made an error in judgment by reporting on the topic too soon. 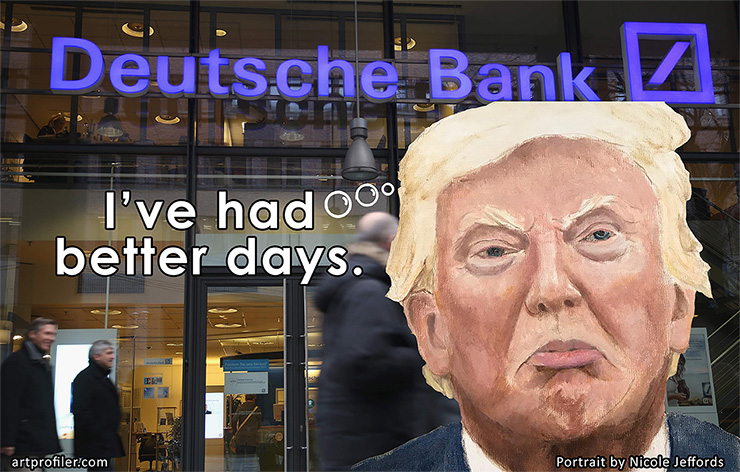 Of course, this statement came after Trump’s team of lawyers threatened O’Donnell with a lawsuit. But really, if it’s not true, then what does old Donnie boy have to hide?

We already know that Deutsche Bank has Trump’s and his immediate family members’ tax returns — the ones that he has refused to make public because he is “under audit.” We’ve all been wondering why he’s so protective of those — is it because he doesn’t want us to see his foreign connections (ahem, Russia) or because he is worth far less than he boasts?

Trump has faced two plus years of embarrassing scandals. Let’s take a look at those:

These are just the ones I can think of off the top of my head — there are plenty more. And with all of this under his belt, Trump’s biggest fight is his tax returns. He’s hired a team of lawyers for the sole purpose of preventing those returns from becoming public, but it’s beginning to look like that is a losing battle for the president.

I have to say I’m pretty giddy about watching the Deutsche Bank spectacle unfold. Everyone loves a good drama.