Dickless or Not in Austin

I don’t know where else to turn except to you. I have been a straight man my entire life. I’ve never wondered what it would be like to have sex with a man, the thought has always disgusted me actually. But a few weeks ago, I met a trans female that I really hit it off with. I didn’t even know she was trans till our third date — she’s done a really good job with her transition, even has a high voice like a girl. Oh my god and her thick curly hair and sexy mouth! The only problem is, I don’t know if she still has a dick or if she did the surgery. She won’t tell me, just keeps saying in this really flirty way, “You’ll just have to wait & see.” I really like her a lot and she seems female in every way. We are moving into a more serious relationship, and I think I could really love her, but what if she has a dick? How could I find out before it becomes an awkward situation?

Dickless or Not in Austin 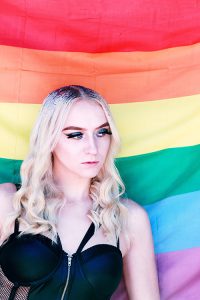 If you’re attracted to this woman and think you might love her, you’ll just have to wait it out. And what could be more exciting!? Imagine the hot and heavy date of discovery when you finally get to open that forbidden box of chocolates? Maybe there’ll be a bulge in her panties, maybe there won’t. Either way you will learn a lot about yourself and your proclivities. Perhaps you’ll find you enjoy what is essentially a third body type, one that possesses both breasts and male genitalia. Or perhaps you’ll be disgusted and have to pull on your clothes and leave ASAP. Life is a risk, Mr. Dickless, especially now with mass murders and the threat of nuclear attack. You enjoy this woman’s company and dream of jumping in the sack with her. I say go for it. You have nothing to lose except your older, narrower, less stalwart self. Enjoy this new adventure and let me know how it goes.

REACTIONS TO  PROBLEMS WITH ADULT SON 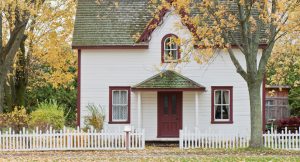 My son came home to live with me when he was twenty-six and I had a lot of trouble getting him to move out. In the beginning I was happy to have him around. But he’s a slob, the house was always a mess, and his lowlife friends would come over and spend hours playing games, watching TV and smoking weed. The whole place reeked. In the end I had to put his things in garbage bags out on the lawn and change the locks. Pretty drastic, but it worked.

If you can’t control the boy, kick him out. Who wants people they don’t know creeping into the house at all hours? Just because your son pays rent doesn’t mean he can do whatever he wants to do, that’s my opinion.