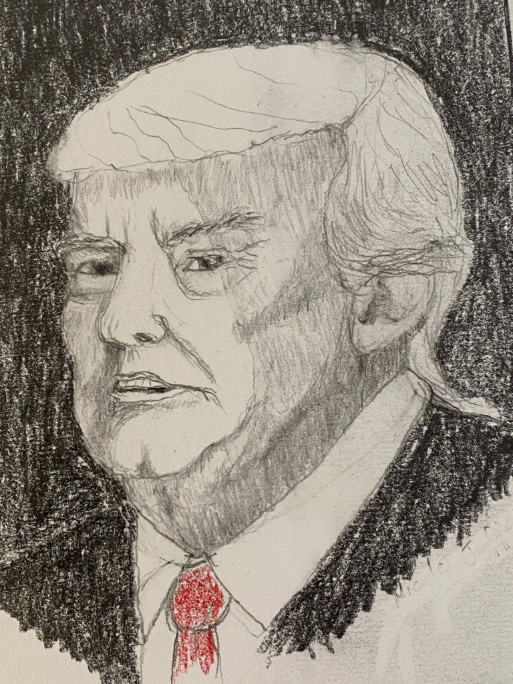 Trump continues to throw his huge rallies, sometimes twice a day, most of the crowd unmasked, jammed close together yelling, “Lock her up!” re Michigan Governor Gretchen Whitmer who ten days ago was nearly kidnapped by a group of right wing extremists. That didn’t seem to be problematic for Trump who went on to shout, “Lock ‘em all up!” meaning his political rivals Hillary, Obama and the Bidens. This is the behavior of dictators, who get rid of their enemies by throwing them in jail (or poisoning them, one of Putin’s preferred methods). According to Trump’s daughter-in-law, Lara, “He was just having fun at the rally.” Wow, if his bully tactics constitute fun for him, he really is a monster, with a soul just as cruel as the face pictured above.