I have a ten-year-old son who’s decided he’s really a girl and not a boy. He insists on wearing dresses and would go around in lipstick and makeup if I let him. He also keeps his hair long and doesn’t care if other kids make fun of him at school. We are a Christian family and this behavior does not sit well with us. I’ve had the minister of our church talk with him to no avail. Our friends are horrified and it’s all very embarrassing. Please tell me what to do. 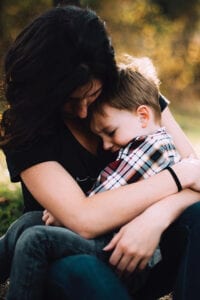 What you should do, in my opinion, is absolutely nothing other than be the best and sweetest mother you can be and talk to your son. Talk about his feelings and about what happened to make him decide he was more comfortable as a female than a male. Ask him to describe in as much depth and detail as possible his reasons for wanting to change gender. Explain that this is really a big deal, and that it will be difficult for him as he goes forward — the hormones, the drugs, the surgeries — none of it fun or easy. Explain also that while some people are accepting in these matters, gender change isn’t part of your personal Christian belief system. This means he might have to wait until he’s on his own to become who he really wants to be. (Think of the significance of this last sentence and how sad it is.) I’m not saying that you should go against your beliefs and allow him to present as female in public, but that you should be more tolerant and sensitive to your son’s feelings. You don’t live in his skin, he does, and believe me, the road he wants to take is too difficult for him to be pretending. And, since you’re a Christian, think of the Golden Rule: Do unto others as you would have done unto you, or Live and let live. It doesn’t matter what your neighbors think. It matters that you treat your son with the love and understanding he deserves. That, my dear, is what Jesus, whose heart belonged to the poor, misunderstood and ailing, would want. So, if you’re a good Christian, practice doing the right thing, which means be kind to your son while he figures out who he is and what’s going on with his body.

All the best to you, 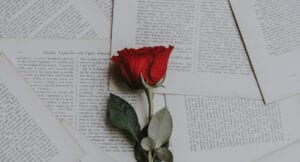 Oh Jesus, I think online dating sucks. I tried it for a year and my heart got broken a million times. All those guys who seemed like they were really into you and then you never heard from them again. I had to quit and eventually I met my husband in a defensive driving class I went to after getting a speeding ticket. That’s my story. I wish you luck.

I love dating apps! I can’t pretend I haven’t used them for hookups, which is what some of them obviously are intended for. But I’ve met some nice girls through online dating and one of them happens to be my wife. That’s right. It took six months and I’d pretty much given up hope of meeting someone serious that way, but then there she was, date #35, and I fell in love with her the moment I laid eyes on her. Like Knowles suggested, I was only planning to spend half an hour with her, but once we started talking, we couldn’t stop and now we’ve been married three years. I wish you luck. And take it from me: don’t worry, it’ll happen.