Trump declares state of emergency at the U.S./ Mexico border. 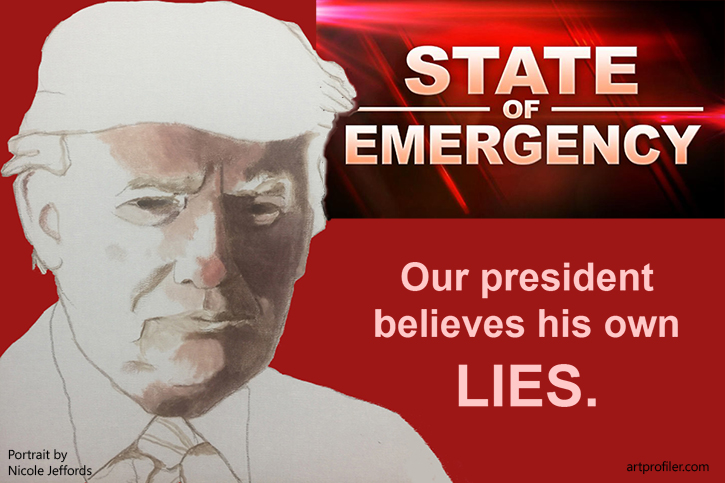 Let’s just hope that the players like Pelosi, Schumer and the handful of Republicans who disagree with this call by an idiot president, find a legal way to stop in his tracks.

Somewhere between rambling about trade deals with China and killing drug dealers, Trump declared a state of emergency at our southern border in order to keep a campaign promise for a wall to protect us from the people he calls rapists and animals. Citing incorrect numbers and nonfactual information about human and drug trafficking, this man has now, undoubtedly, ABUSED HIS POWER. You are allowed to feel outraged.

We all know that the only real emergency is the fact that this president lies as if he truly believes what he is saying. He will stop at nothing to retain his base of uneducated sheep who, for some inexplicable reason, worship the ground he walks on and continue their belligerent support of this man who relishes in praise from the blind, deaf and dumb.

I once had a friend tell me she believed the movie Idiocracy was a prediction of what was to come for America. At the time I thought she was a pessimistic player in this thing called life, and I told her as much. I think I owe her an apology.

Previous Article
My Crowd Was Bigger Than Yours.
Next Article
The Irony of the Vietnam Summit