From the Editors 3 weeks ago 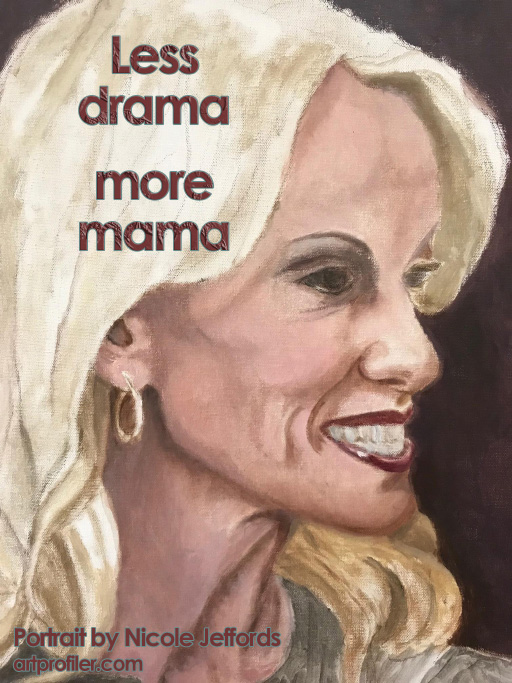 Farewell to you, Kellyanne, on your last day at work in the White House. You began as Trump’s third campaign manager in 2016 and quickly went on to become one of his most trusted senior advisors. Amazing you lasted so long — most everyone else around the president gets fired sooner or later. But then it was you who invented the term “alternative facts,” you who had the gift of gab and could run circles around even the most seasoned interviewer with all the BS that poured from your ever moving mouth. You have been the source of much speculation: clearly too smart to be toadying up to the fool in the White House, and yet there you were singing his dubious praises at every possible opportunity.

And how about your husband, George T. Conway III, who’s made no secret of his contempt for Mr. Trump — all of us would like a peep into your marriage over that one. Well, isn’t it interesting that both of you have stepped down from your positions, you as advisor to the president, and George from the Lincoln Project, an anti Trump group co-created by him, at exactly the same moment. Hmmm. And what about your increasingly vocal fifteen-year-old daughter, Claudia, a social media whiz who’d like to be emancipated? 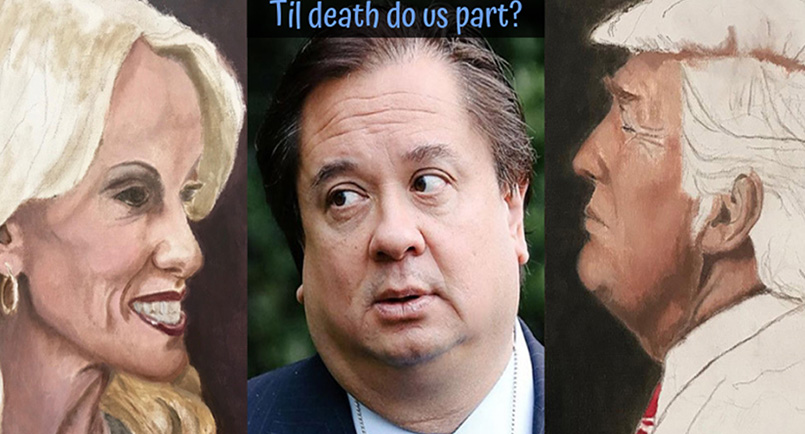 I’m sure all sorts of rumors and questions will swirl around you for a long time, and perhaps, one day, you’ll find your way out of the maze of alternative facts and we’ll learn the truth about who you really are.

Over the last three years, you have provided such great inspiration and fun for us here at ArtProfiler. Here are some of our favorite moments responding to your incessant crap. 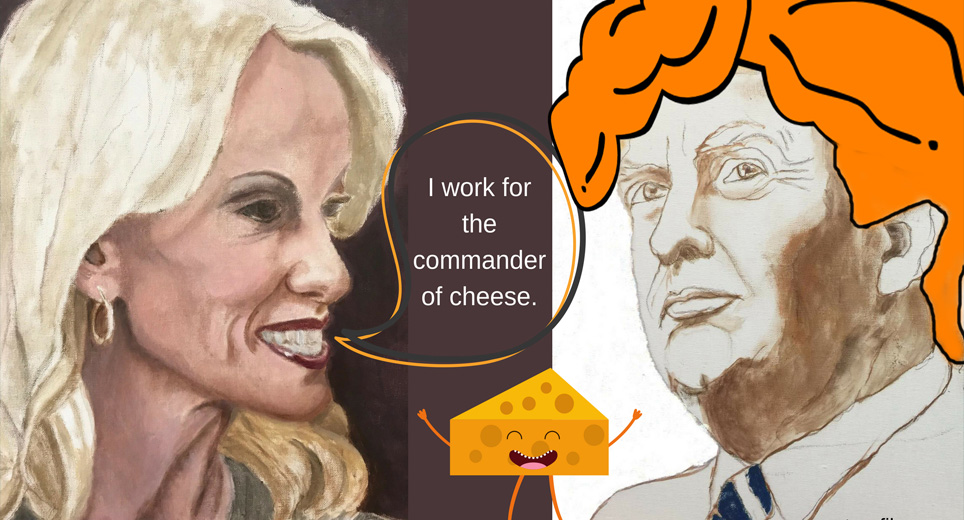 Remember the time you accidentally called Trump “The Commander of Cheese” — that wasn’t really an accident, was it?!

Or, what about that time SNL cast you as Pennywise? That was fun! 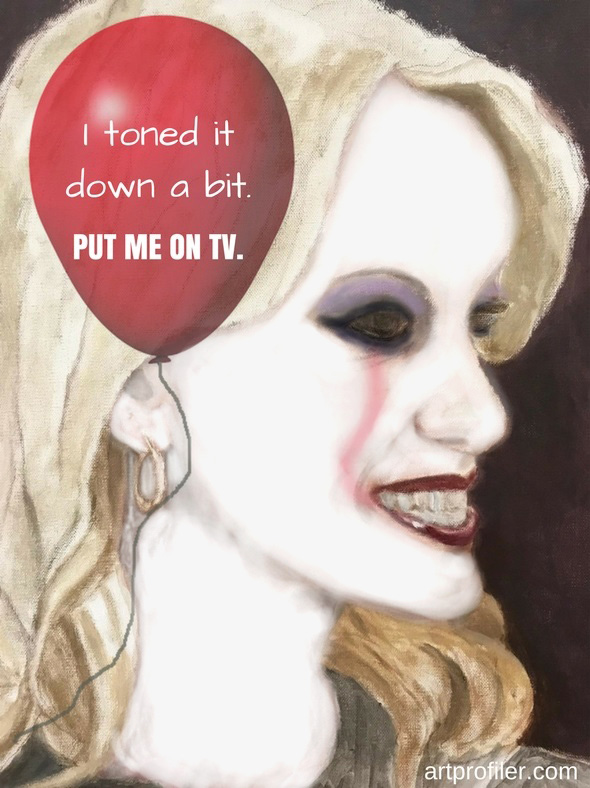 Or how about that time you sat the wrong way on the Oval Office couch? We have video footage of that one. 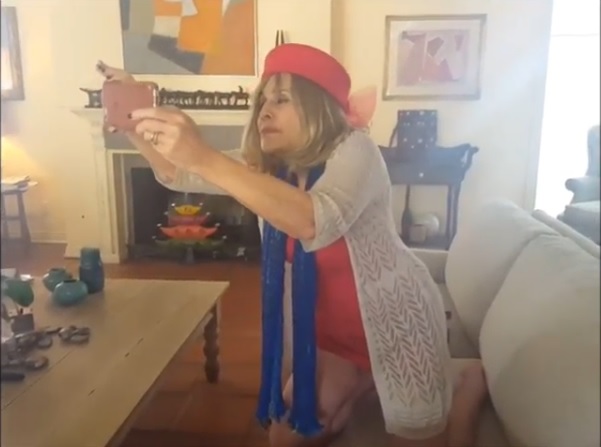 And the time you tried to convince us that the US government is using Hunger Games techniques to spy on the American people? Sean Spicer joined you in pushing that alternative fact. We got that one on video, too. 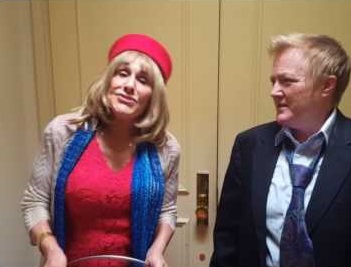 Perhaps one of our favorite things that happened during your stint in the White House is when you disappeared from the public eye for awhile. You’d made a mistake during a news interview, so Trump and team hid you in a secret dungeon — you were in the dog house, as they say.  There’s video of that, too. Randi had to sneak through a dog door (left by the Obama administration) to capture it. 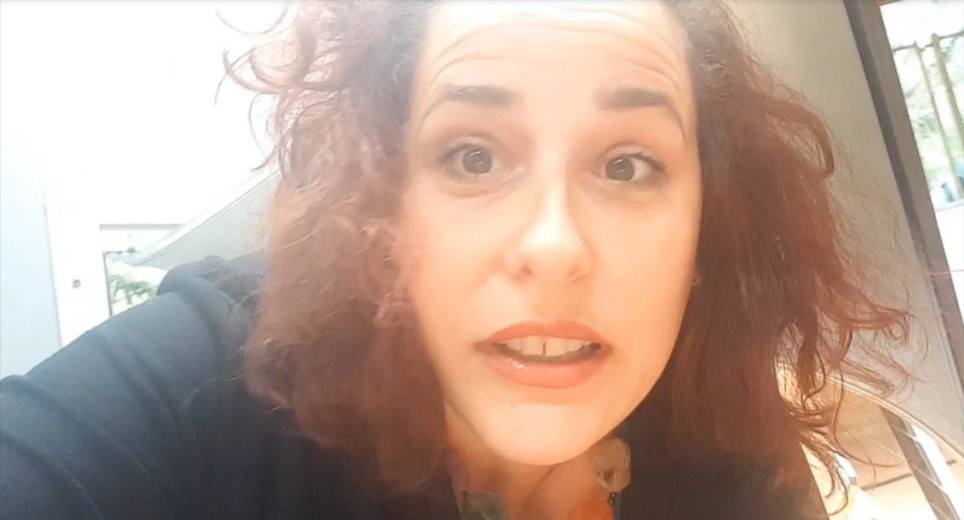 And then, when we finally caught up with you after your release, you continued to support a president who was caught in bed with Russia and fired the FBI director in an effort to hide it. That interview was exhausting. 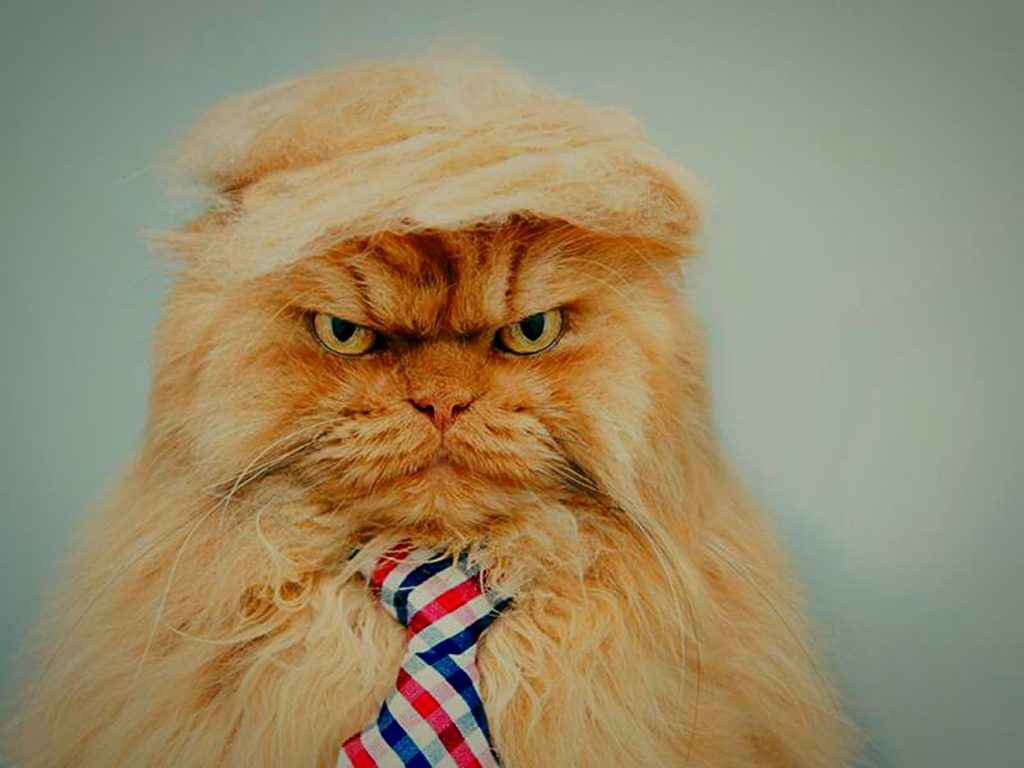 Kellyanne, we can truthfully say that we will sorely miss your White House antics. Thank you for your service the last several years. You were such a tasty slice of pie to have on our long menu of political fodder. You’ve served your purpose in our eyes. We hope your replacement is just as tasty.

Previous Article
Coronavirus: Trump Plays Doctor with His Own Version of the Truth
Next Article
False Patriot