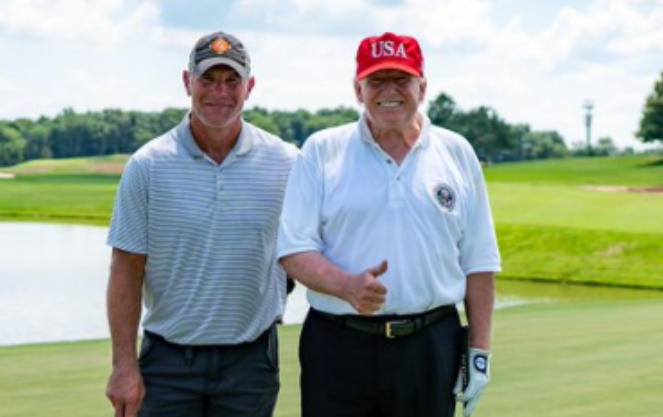 We have lost our claim to being the envy of
every other nation in the world.

We have lost our claim to being the
leader of the free world.

More Americans will die from the coronavirus
than will the citizens of any other
country in the world.

The American dream and great American middle class are relics of the past,
when we were the economic engine that powered the world.

And now it seems we are in danger of losing
our freedom, and with it our claim to being the
oldest democracy in the world.

Donald Trump has talked by phone with Vladimir Putin seven times since March, ostensibly about Syria and Iran and arms control.  What these phone calls were really about is the price Putin is demanding of Trump that We will pay, in terms of U.S. national security interests in the Middle East and elsewhere, for Russia’s help creating the chaos Trump will cite when he refuses to accept the results of November’s election, if he loses. 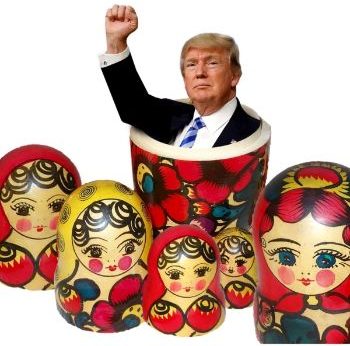 It is, at this point, probably impossible to know whether Trump, himself, or his shameless Attorney General came up with the idea of sending U.S. Border Patrol agents to occupy America’s cities.

These Border Patrol agents are the same goons who have no qualms about separating three and four-year-old children from their parents.

They are the willing executioners of the international conventions on human rights and the protection of refugees—conventions which the United States insisted on after World War II and the Holocaust—which the goons violate everyday along our southern border, where they are the wall Our Leader promised. But failed to build.

What neither they nor he understands, however, is that, unless and until the United States complies with every section and clause in these conventions, the world will see us for what we are, and we will never be great again.

It is also unlikely that we will soon find out who authorized these Border Patrol agents to wear unmarked uniforms while abducting random protesters off Portland’s streets in unmarked vehicles, using the same extra-legal tactics the death squads used in Argentina during the so-called Dirty War.

It’s a measure of this Administration’s contempt for rule of law and our contempt for the President’s determined effort to win reelection at any cost that sending the Border Patrol to occupy Portland and Seattle is widely seen as a tactic designed to provoke larger and more violent protests. It has nothing to do with law and order and everything to do with creating a pretext for him to declare a state of emergency, which would allow him to postpone or disregard the results of the November election.

The suspicion that the White House is trying to provoke an artificial crisis by manipulating and demonizing the protesters will be bolstered this morning when a National Guard reserve officer, on duty in Lafayette Square on June 1st, will testify before the House Judiciary Committee. He will tell Congress he never felt threatened by the protesters, who he says were forcefully dispersed without warning or provocation so the President could have a dramatic backdrop for his Bible-thumping picture in front of St Paul’s church, across the square from the White House. 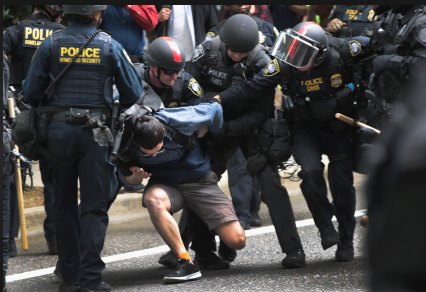 Even now, at the height of our summer of national discontent, I think it would be fair to say that even Donald Trump’s most engaged and outspoken critics believe that, in the end, the courts and the Constitution will prevail over the malignant Narcissism that animates Our Leader’s desperate determination to remain in power for at least another four years.

Voters may worry that he, the Attorney General, and the Russians are up to no good. But they feel confident the size of his loss will be so overwhelming, and the Constitution and laws are so clear, that a new President will be inaugurated in January and Donald Trump will be gone, one way or another.

If that’s the way you feel, I would urge you to look at, or take another look at, Gary Hart’s op ed in last Friday’s New York Times. The former senator from Colorado, you may remember, is mostly famous for having been caught engaged in monkey business on the deck of the Monkey Business when he was supposed to be home in bed with his wife (or something like that).

But he may yet be remembered for his service on the Church Committee that investigated the US intelligence agencies in the 1970s, after they were caught illegally spying on US citizens opposed to the war in Vietnam—and for last Friday’s op ed, in which he warns us about what he calls the secret, “dictatorial powers” the office of the presidency has accumulated ever since Eisenhower, apparently delegated by a succession of trusting and lazy Congresses fearful of  nuclear war or some other national emergency.

Simply put, Hart’s argument is that what they clearly hadn’t anticipated was a national emergency the likes of Donald Trump. 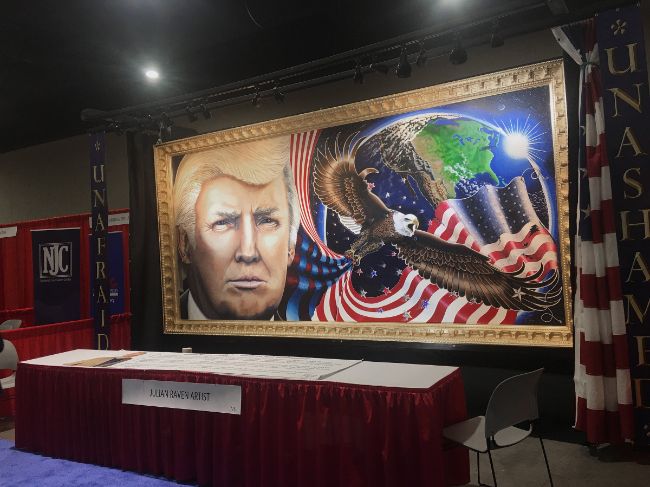 Until now, we had no reason to doubt that all of our presidents since Eisenhower had read the Constitution and all of them, even Nixon, seem to have taken their oath of office, to protect and defend the Constitution, seriously.

Trump, on the other hand, seems to view the Constitution and Bill of Rights as impediments to his prejudices. What he seems to be far more interested in, and familiar with, are the secret powers that he thinks will free him to become the autocrat his Narcissism wants him to be. Last March, Hart tells us, he alluded to these secret presidential powers when he said, “I have the right to do a lot of things that people don’t even know about.”

Unfortunately for the rest of us, Hart says that’s true and could include all kinds of unsupervised activities, such as suspension of habeas corpus; “home intrusion” without search warrants; mass arrests without warrants; and even suspension of Congress and the courts, that would allow his “never enough” thirst for power and revenge to run wild.

These secret powers are apparently triggered when he, and apparently he alone, decides to declare a national emergency.

Hart says Congress must investigate this gaping hole in our democratic system before November because no one other than the President and his predecessors even knows if, or how, a national emergency is defined.

“Great temptations,” Hart adds, dryly, “are offered to a president faced with defeat to declare a national emergency, and thus have access to dozens of extreme powers unknown to our founders or our Constitution.”

It seems to me Hart’s concerns haven’t gotten anywhere near the attention they deserve. As things stand, Trump could carry out a legal putsch with Bill Barr and Mitch McConnell gloating, right there by his side.

And those of us who protest will be labeled anarchists, removed from the streets in unmarked vans and taken to re-education centers where Betsy DeVos will undoubtedly be waiting to teach us why modern autocracies are better than old-fashioned democracies—and to announce the University of Pennsylvania, Our Leader’s alma mater, had been selected to give him his first honorary degree.

The University’s years of protecting him, will finally pay off. 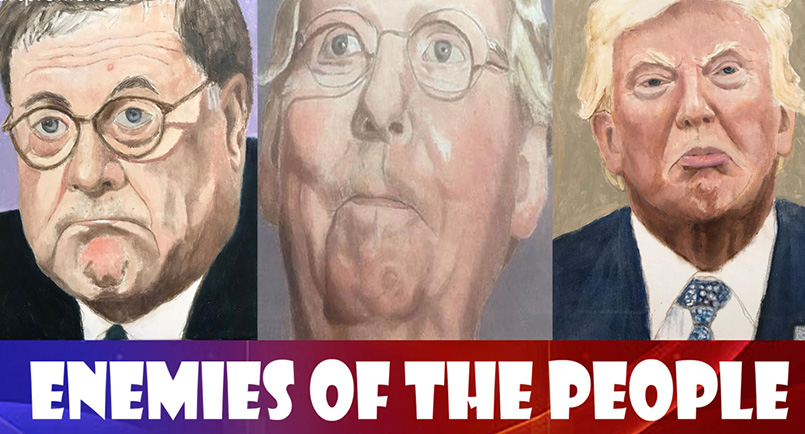 Cover photo: AP / Ted S. Warren – Construction buildings burn near the King County Juvenile Detention Center, Saturday, July 25, 2020, in Seattle, shortly after a group of protesters left the area. A large group of protesters were marching Saturday in Seattle in support of Black Lives Matter and against police brutality and racial injustice.