Fraud in the White House 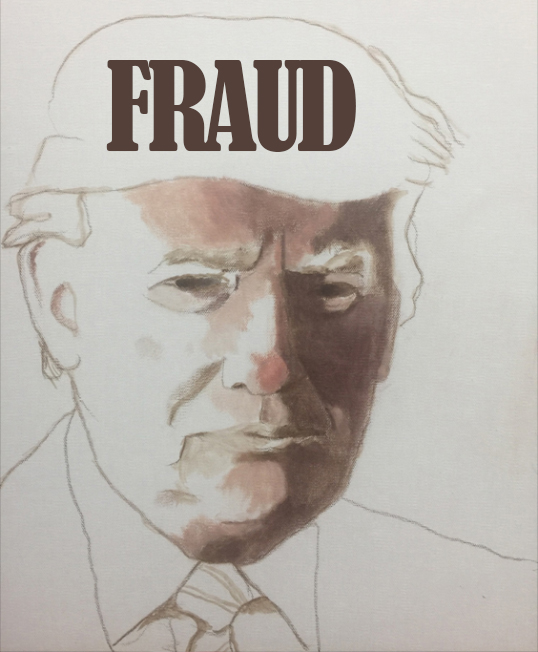 FRAUD (noun)
1a: DECEIT, TRICKERY specifically : intentional perversion of truth in order to induce another to part with something of value or to surrender a legal right (having your vote count)
b: an act of deceiving or misrepresenting : TRICK (the constant lies to the American people)
2a: a person who is not what he or she pretends to be : IMPOSTOR (fake patriot). also : one who defrauds : CHEAT (stop counting the votes in PA! count the votes in AZ.)
b: one that is not what it seems or is represented to be (billionaire)

It seems that the one calling election fraud is the fraud.

For four years we’ve watched Trump make a mockery out of the US and the office he holds.

We’ve watched him grow more and more power hungry as he separated children from their parents and placed them in cages at the border; as he filled the pockets of his wealthy friends (who will all turn their backs on him when this is all over and he’s in prison); as he slickly maneuvered his way out of trouble for the 2016 election’s Russia meddling (and got his criminal buddies off, too).

We’ve laughed when he’s claimed he has the best words, the best people, the smartest brain.

And we’ve felt anxious when he has threatened our healthcare.

We’ve cried at the tremendous loss of life during the Covid-19 pandemic, while Trump has spouted off lie after lie about how it’s just going to disappear, not lifting a finger to help his country.

We’ve rolled our eyes every time he’s opened his mouth, pretending he knew how to do a job he was sorely underqualified for in the first place. 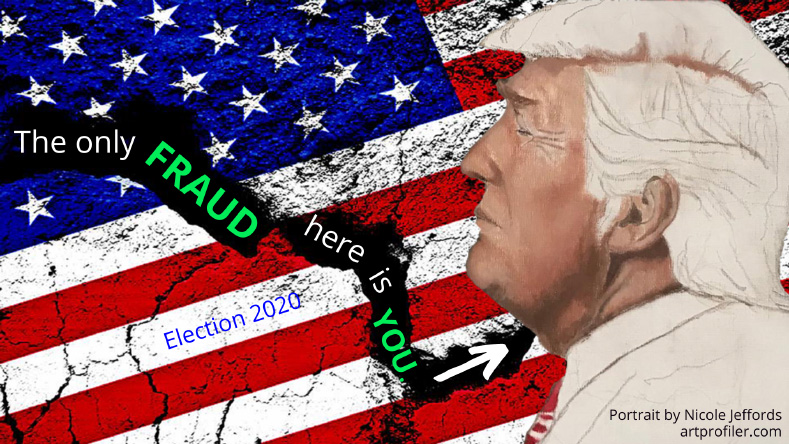 Trump is a fraud. And frauds don’t belong in the White House.

So today, we speak. GET OUT.

Joe Biden’s campaign spokesperson said it best, “The United States government is perfectly capable of escorting trespassers out of the White House.” We’ll be happy to see you go. Preferably, in cuffs.