My son is twenty-seven years old, a sweet young man striving to move up in the world from positions in retail to more corporate work. He’s a natural born salesman, could sell ice to Eskimos, is friendly, outgoing and has a strong work ethic. It’s his appearance that worries me. His head is shaved around the sides and back with a long strip of hair pulled into a man bun on top. And he wears a long scraggly Fu Manchu beard that doesn’t suit him at all and frankly makes him look sketchy. When I tell him his “style” is all wrong for corporate, he bristles and says this is the way it is with millennials and to basically buzz off. I know that’s not true and he’s going to have trouble getting jobs in the corporate world looking as weird as he does. What do I do? 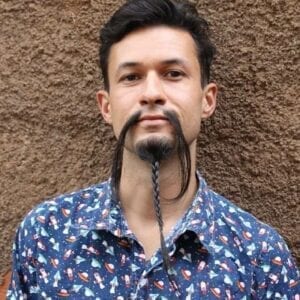 Your son is twenty-seven-years-old. What are you going to do — force him to go to the barber? Steal into his room and cut off his beard in the middle of the night? He’s an adult and if he wants to stick gauges in his ears or ink up his arms with tattoos that’s his business. My advice? Life is always the best teacher. If your son keeps getting turned down for corporate jobs because of his appearance, he’ll figure it out soon enough … which is far better than mama nagging him.

I wish you the best, 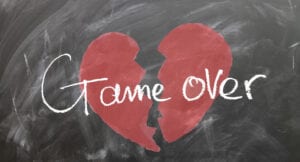 I went out with my best friend’s old boyfriend and she never spoke to me again. The pain of that went on for years. I really missed her, especially when the boyfriend and I broke up. I think the whole thing affected the rest of my life because for a long time I went around feeling like I had a big scarlet A stamped on my forehead. If it were to happen all over again, I wouldn’t go out with the guy.

By all rights it should be fine to go out with exactly who you want after a breakup. My girlfriend left me from one day to the next and it broke my heart. For months I sat around depressed and miserable, and then a mutual friend of ours stopped by to see how I was doing. I guess you can imagine what happened after that. The friend and I started dating and the original girlfriend made a fuss and stopped talking to either of us. That was predictable, I suppose, though the original problem was the one with the girl who’d broken up with me in the first place. Go figure.