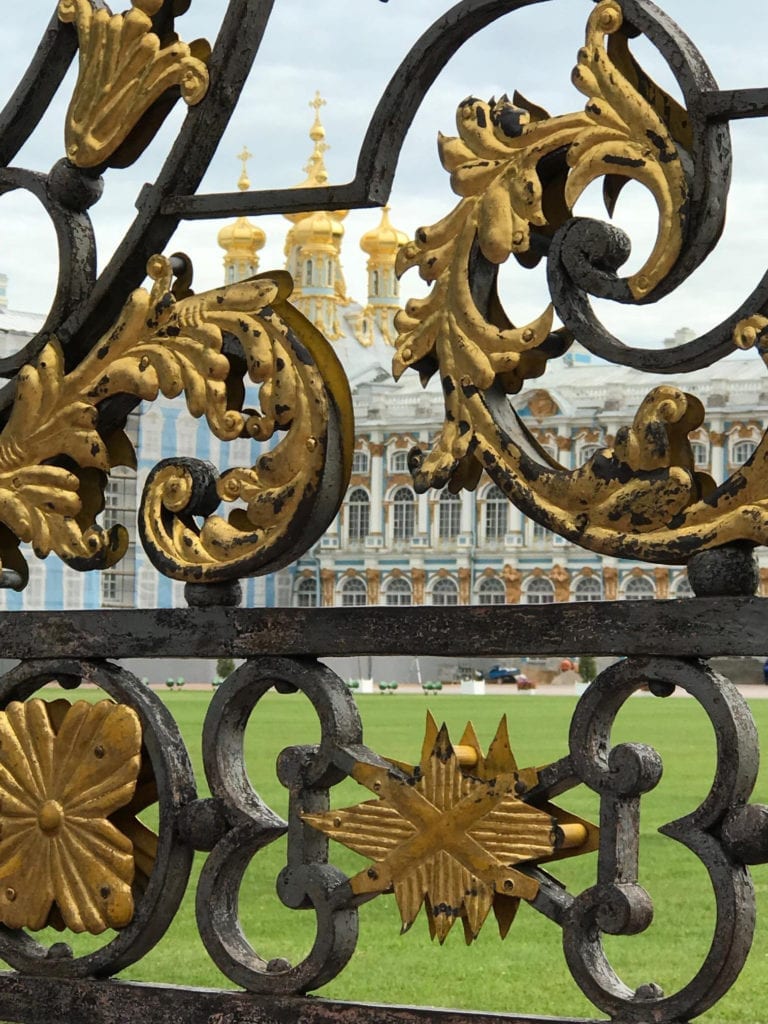 We drove out on a beautiful sunny day to see the summer palace, located in the town of Tsarskoye Selo, or Tsar’s Village (now part of the town of Pushkin), 30 km south of St. Petersburg. Words cannot describe the grandeur or extravagance of the place, which was begun in 1717 at the time of Catherine I (1684-1727), second wife of Peter the Great. 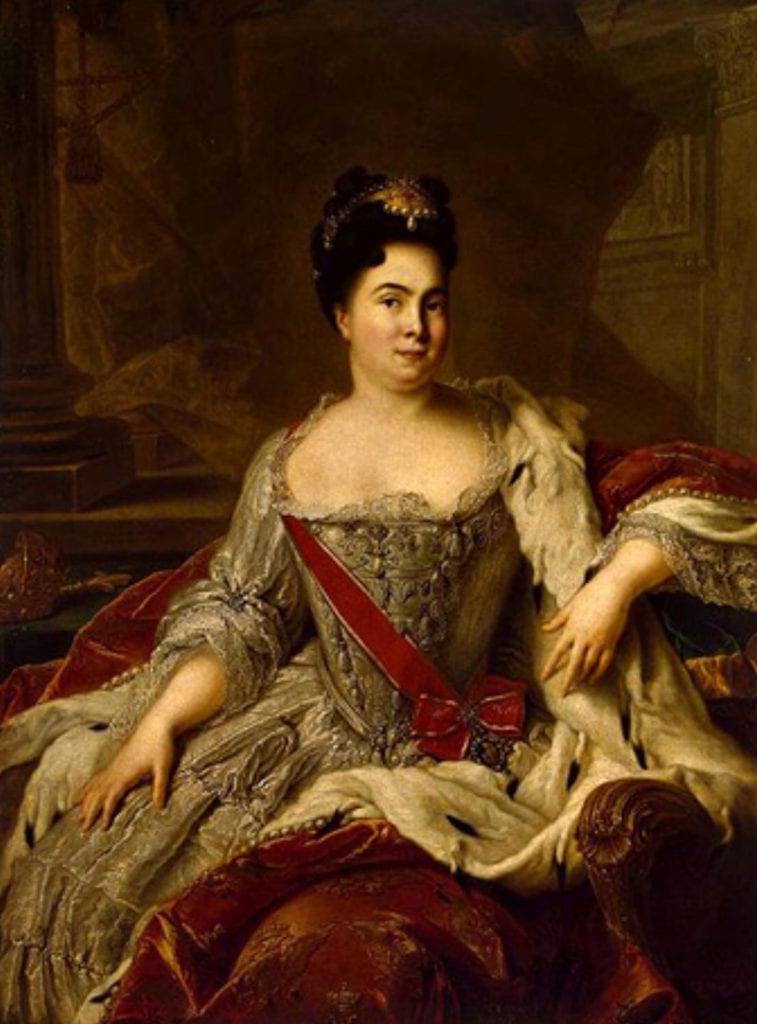 Portrait of Catherine I by Jean-Marc Nattier

Apparently a woman of great charm and sexuality, Catherine, who was illiterate and originated in a peasant family from Lithuania, won over Peter’s affections and became his mistress after he glimpsed her at the home of a close advisor. 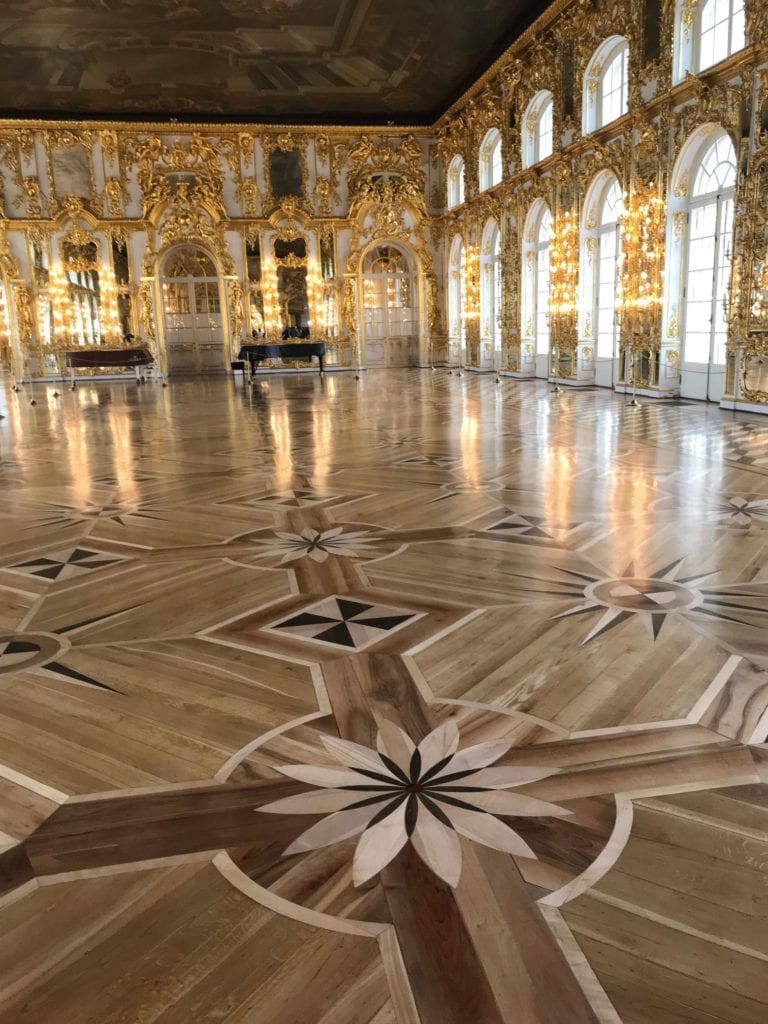 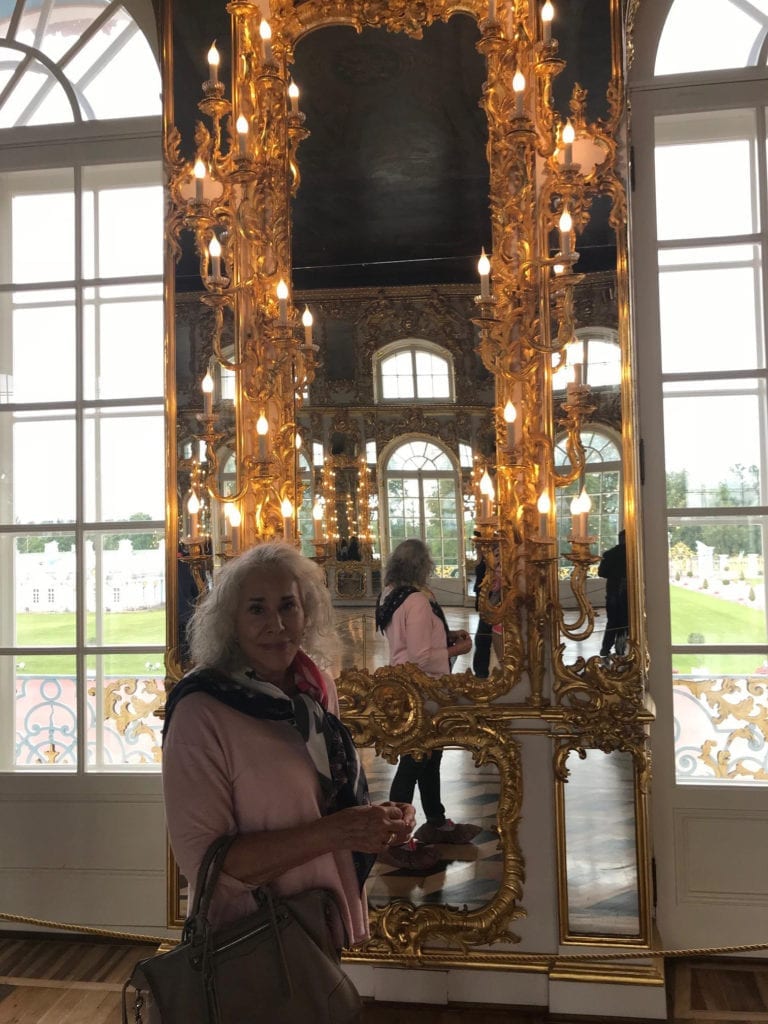 Nicole in front of gilded mirror 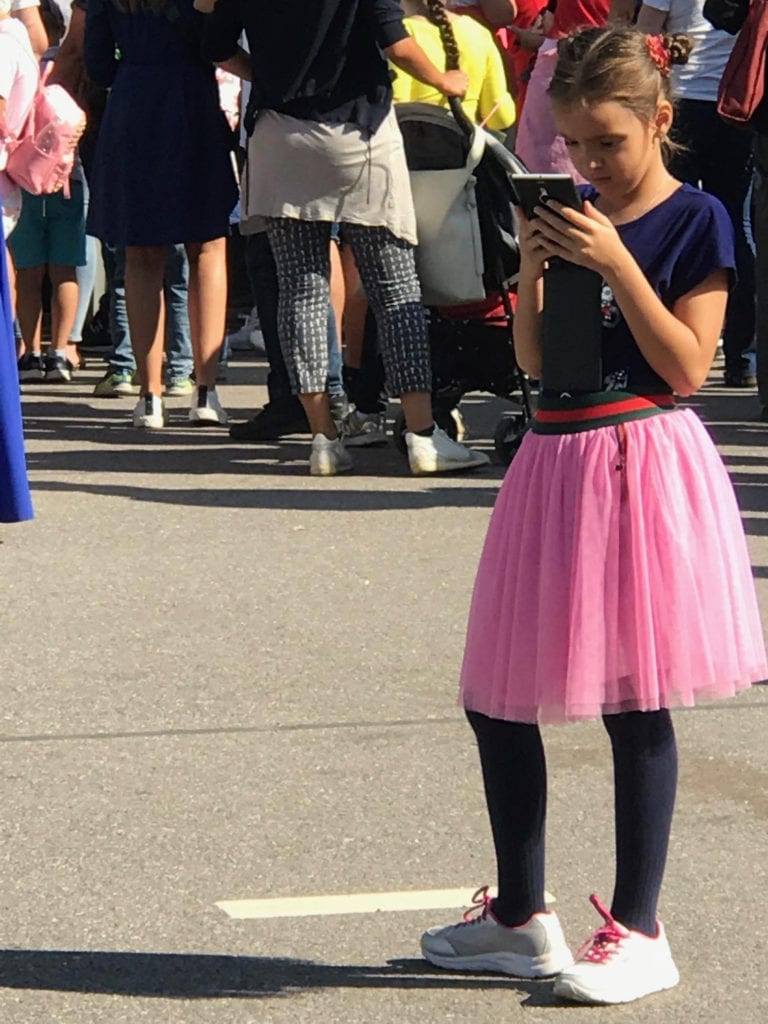 Back to present day, where, I should note, people are dressed pretty much the same way as in modern cities all over the world, same clothes, shoes, handbags, iPhones. It was in the faces that I saw differences, generations of oppression written into closed, unsmiling expressions. 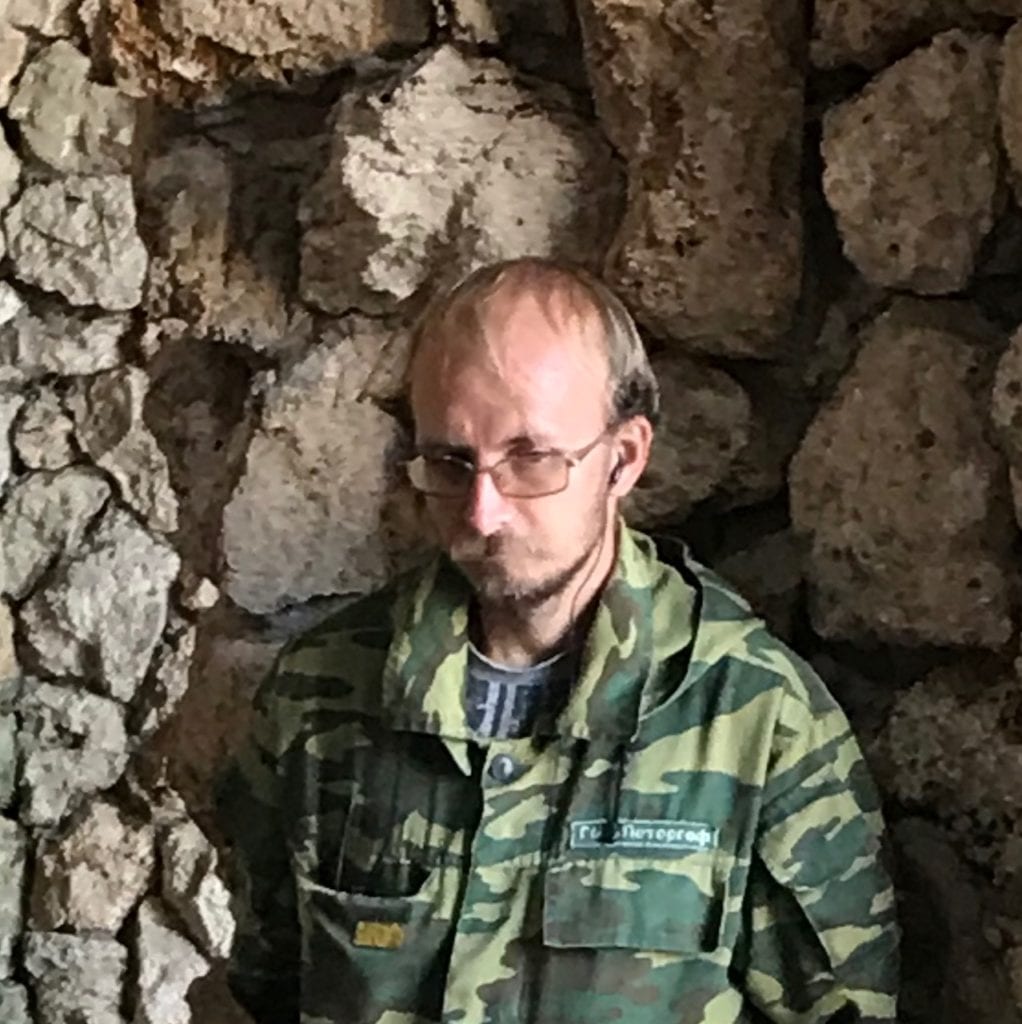 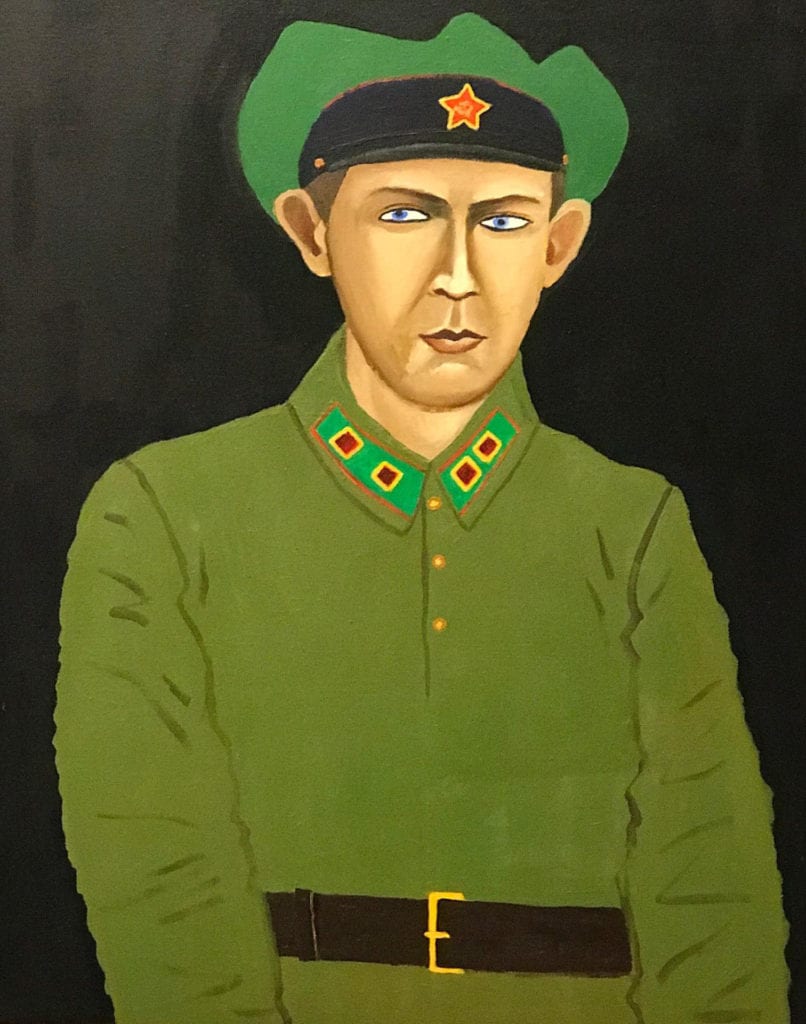 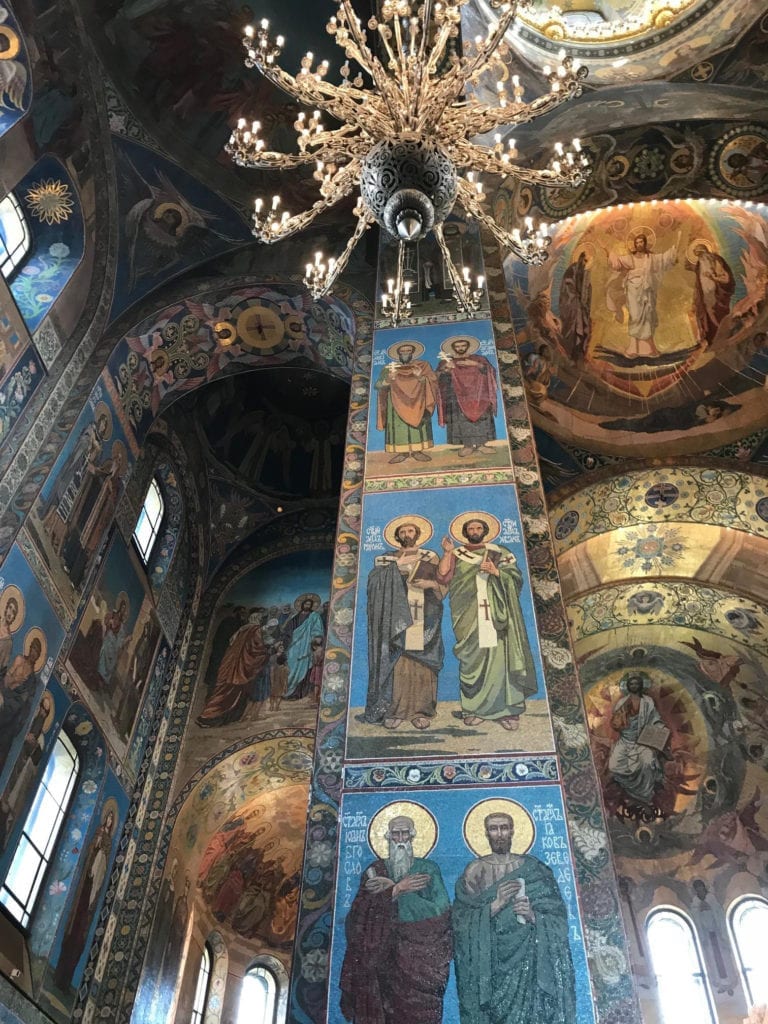 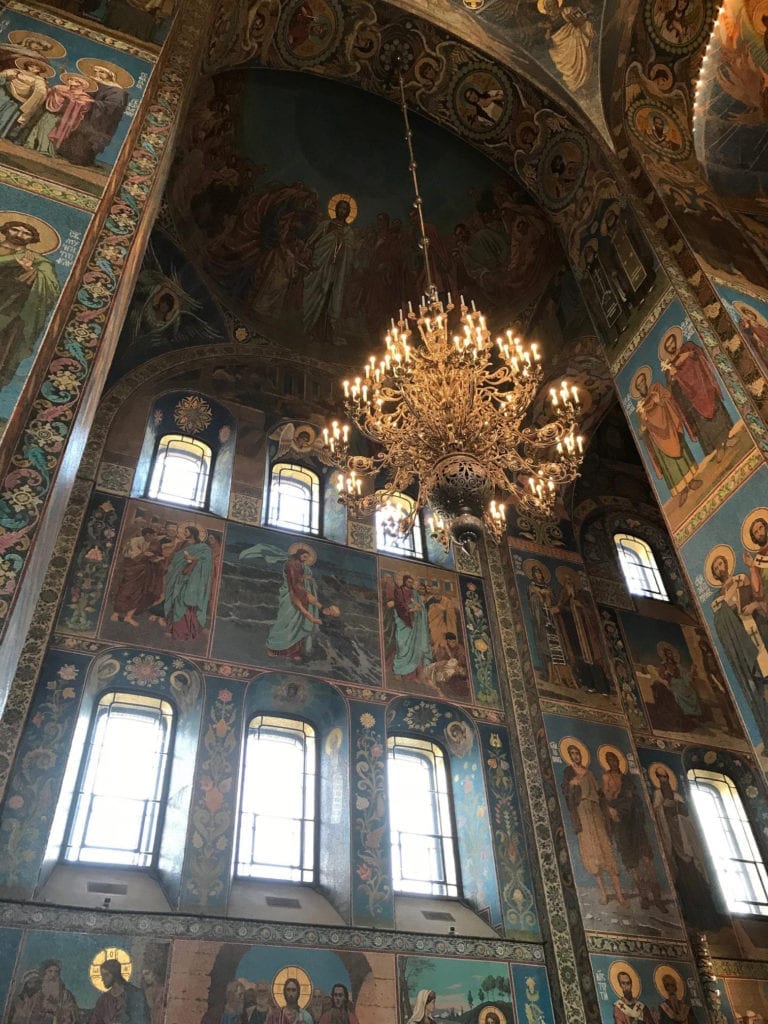 Two photos above: Inside the Church of the Savior on Spilled Blood

Crazily, I do not have photos of the exterior of this magnificent, totally reconstructed church. It was built to honor Tsar Alexander II who was assassinated on the spot when a bomb was thrown into his carriage in 1881. Interesting to note that it was Alexander I who emancipated the serfs in 1861, five years before the emancipation of slaves in the U.S. Today it is used as a museum of mosaics rather than as an active church. 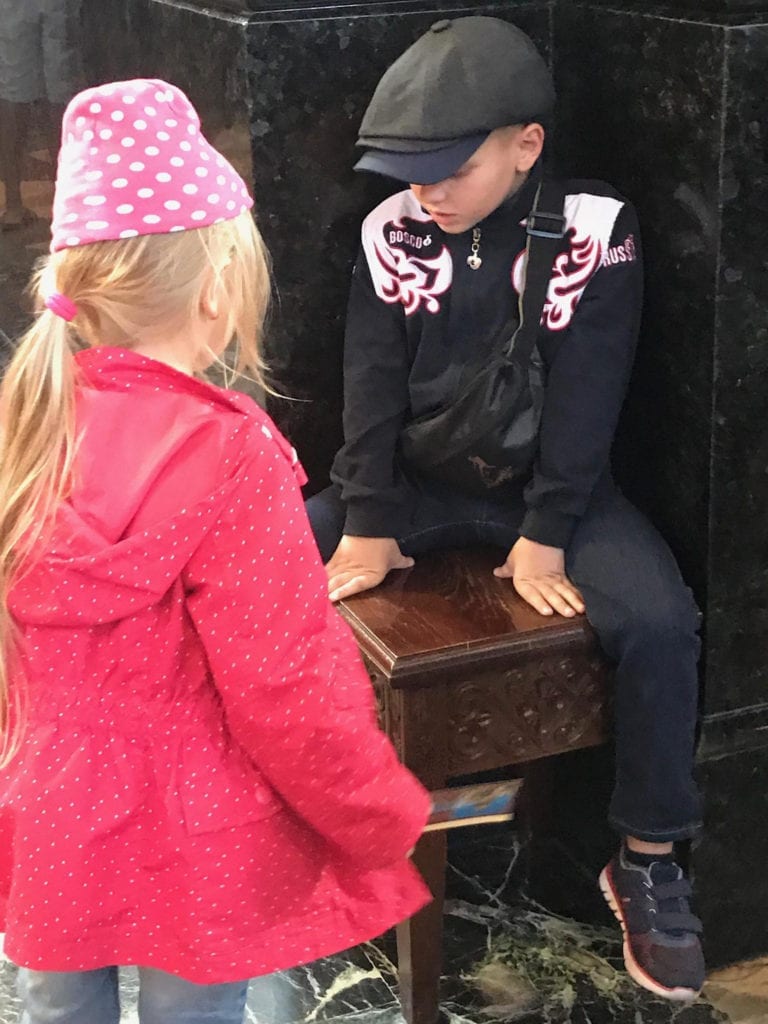 Children playing inside the Church of the Saviour on Spilled Blood 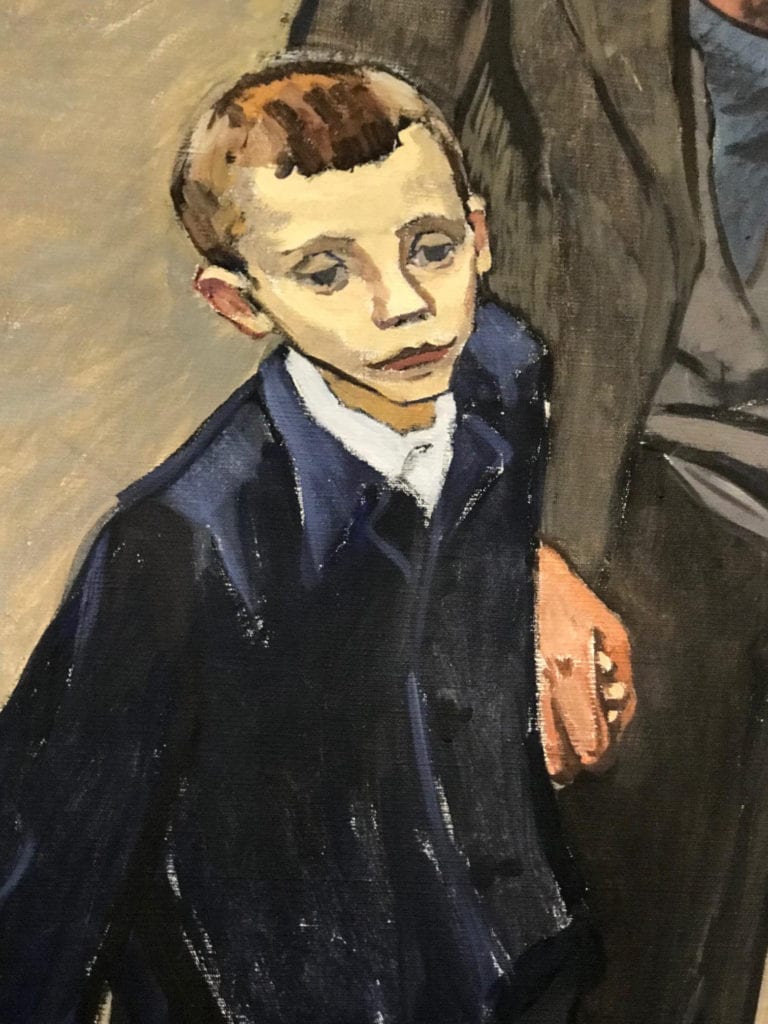 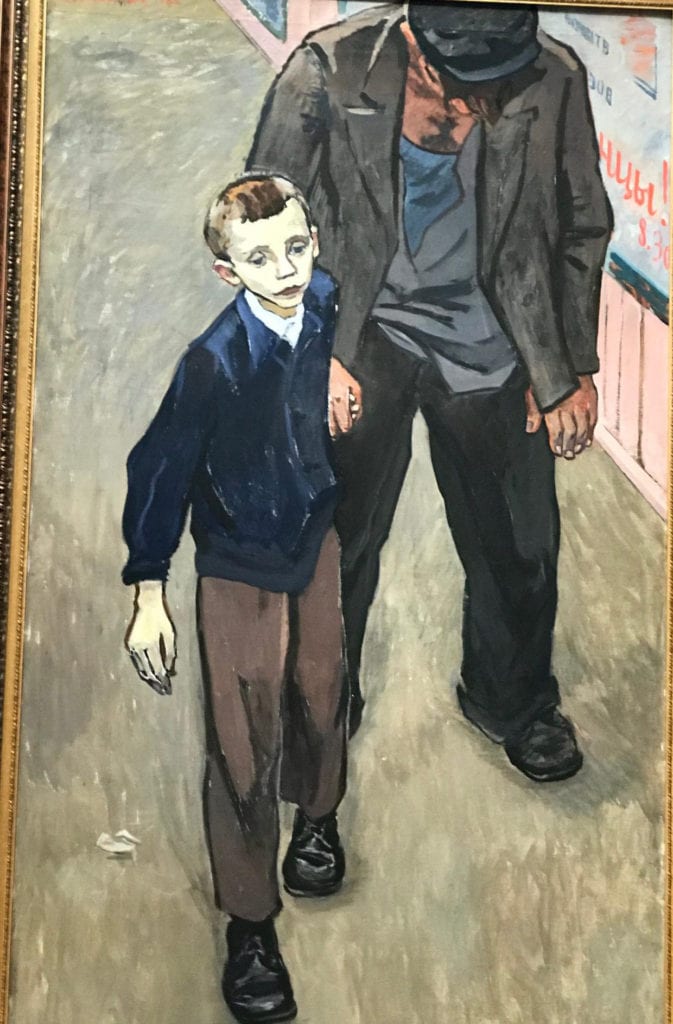 A Street Scene (from above)

I include the above painting and the detail of the little boy because, while times have changed, one still catches glimpses of those pale, haunted faces.

Previous Article
Rembrandt at the Hermitage, St. Petersburg
Next Article
Venice of the North