As we approach the presidential election, it’s more important now than ever that we continue the fight for racial justice. This means we have to learn, unlearn, act, support, donate, protest, listen. We cannot let the momentum we’ve created come to a halt now, even during the Covid-19 pandemic. A lot of good has come out of the recent protests, but there is still so much more work to do. Whether you show up online or in person, you are doing the work necessary to make the change we so desperately need to become an anti-racist world.

Below is a list of online and in person events taking place between Saturday, September 12 – Sunday, September 20. If we have missed something, please email us at randi@artprofiler.com so we can add it to this list. You can find additional resources on our website as well.

ArtProfiler Resources
Black Lives Matter: A Resource Guide
Black-Owned Businesses in Austin
Black Artists in Austin
How the Protests Have Changed the World…So Far
Anti-Racism Education: A Resource Guide
The US Prison System – How the 13th Amendment Failed to End Slavery
Blackface – Is it Really Racist?
The Minstrel Show: Evolution of American Entertainment
The Gray Zone, Part 1 – Stories from a Mixed Race Family – “I’m Not a White Girl” 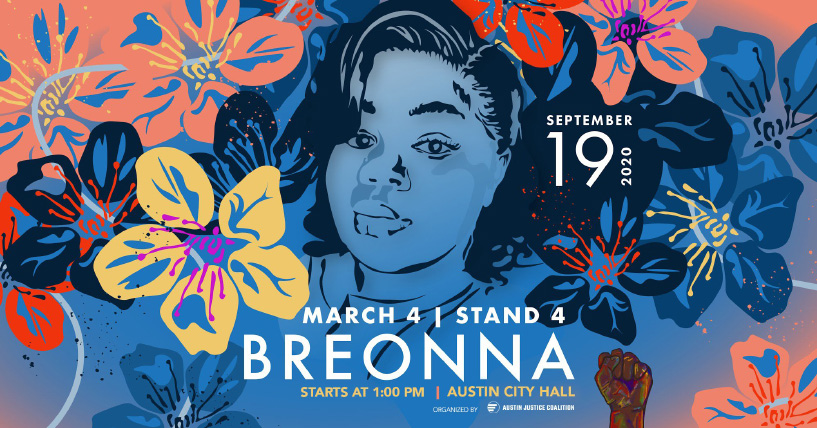 Hosted by Austin Justice Coalition, Black Food Week aims to provide the Austin community with information about Austin’s new and long-standing Black-owned restaurants that have become pillars in the Austin community. They strive to create a place where the community can learn about the history of Austin while supporting the businesses that make this city feel like home. Wearing masks and practicing safe social distancing are encouraged.

“On March 13, 26-year-old Breonna Taylor was killed in her sleep by plain-clothed Louisville police officers who used a battering ram to enter her home unannounced, and illegally, with a “no-knock” warrant. Not only were the officers at the wrong address, the man they were there to arrest had already been taken into custody earlier that day. Breonna Taylor was an EMT who dreamed of becoming a nurse, servicing two different hospitals during the pandemic. She was a hero taken from us too soon and her murderers are still at large and in positions of power. She was dedicated to saving others and she deserves our full commitment to bring her, and her family justice. Black women continue to be killed without consequence and it is essential that we come together RIGHT NOW to demand accountability. We must also march for those who cannot, as the LMPD has recently suppressed the people of Louisville’s first amendment right to protest.

Please join us as we stand in solidarity with the Q4BL Team based in Baltimore, as we organize a protest to demand justice for Breonna Taylor.” 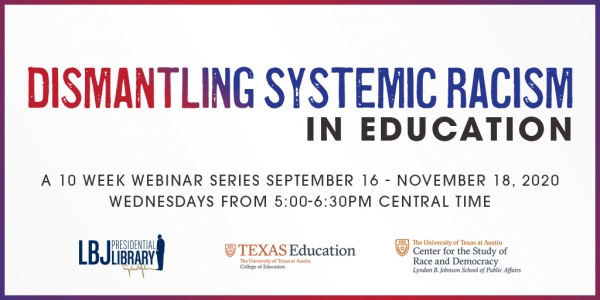 The Auburn Avenue Research Library, will rebroadcast the community conversation with Pulitzer Prize winning poet and writer Jericho Brown, on his poetry collection “The Tradition.” This conversation was originally Recorded on May 14, 2019.

The Tradition questions why and how we’ve become accustomed to terror: in the bedroom, the classroom, the workplace, and the movie theater. From mass shootings to rape to the murder of unarmed people by police, Brown interrupts complacency by locating each emergency in the garden of the body, where living things grow and wither—or survive. In the urgency born of real danger, Brown’s work is at its most innovative. His invention of the duplex—a combination of the sonnet, the ghazal, and the blues—is an all-out exhibition of formal skill, and his lyrics move through elegy and memory with a breathless cadence. Jericho Brown is an associate professor and the director of the Creative Writing Program at Emory University.

Every month, Austin DSA has a meeting open to members and prospective members. DSA is fighting to build a world where the working class are in charge. Their socialist vision is that if the working class can get political organized, every single person will have high quality healthcare, housing, and good union job. And, only the project of building socialism can stop climate change. The monthly meetings are a great way to keep up with and plug into the work of the Austin chapter, which is currently working on a chapter-wide campaign to Defund the Austin Police Department and put that money back into the social services, jobs, and housing that we need to thrive.

Webinar: Dismantling Systemic Racism
Wednesday, September 16 at 5:00-6:30PM
NOTE – There are 10 webinars from this date through November. Sign up here.
Online event

Calling all educators! Join the LBJ Presidential Library for our 10-week webinar series tackling systemic racism in education and empowering stakeholders with information and tools to affect change in their schools and communities.

This action-oriented series will scratch the surface answering the questions:
🔹 How did we get here?
🔹 Where are we now?
🔹 What can we do about it?

Each week will be a discussion on a different topic. See the event page for details.

Book Description:
By the late 1960s and early 1970s, reeling from a wave of urban uprisings, politicians finally worked to end the practice of redlining. Reasoning that the turbulence could be calmed by turning Black city-dwellers into homeowners, they passed the Housing and Urban Development Act of 1968, and set about establishing policies to induce mortgage lenders and the real estate industry to treat Black homebuyers equally. The disaster that ensued revealed that racist exclusion had not been eradicated, but rather transmuted into a new phenomenon of predatory inclusion.

Race for Profit uncovers how exploitative real estate practices continued well after housing discrimination was banned. The same racist structures and individuals remained intact after redlining’s end, and close relationships between regulators and the industry created incentives to ignore improprieties. Meanwhile, new policies meant to encourage low-income homeownership created new methods to exploit Black homeowners. The federal government guaranteed urban mortgages in an attempt to overcome resistance to lending to Black buyers – as if unprofitability, rather than racism, was the cause of housing segregation. Bankers, investors, and real estate agents took advantage of the perverse incentives, targeting the Black women most likely to fail to keep up their home payments and slip into foreclosure, multiplying their profits. As a result, by the end of the 1970s, the nation’s first programs to encourage Black homeownership ended with tens of thousands of foreclosures in Black communities across the country. The push to uplift Black homeownership had descended into a goldmine for realtors and mortgage lenders, and a ready-made cudgel for the champions of deregulation to wield against government intervention of any kind.

Narrating the story of a sea-change in housing policy and its dire impact on African Americans, Race for Profit reveals how the urban core was transformed into a new frontier of cynical extraction.