Going Down in Flames

“If I’m going down in flames so is everyone else.” We imagine these to be the deep thoughts from the Oval as the Trump Foundation is forced to dissolve under court supervision.

The announcement was made yesterday after two years of an ongoing investigation into the illegal wheeling and dealing of Trump and his three eldest children through their family’s “charitable” foundation. Among the allegations are donations being funneled through the foundation to further Trump’s personal and political gains, a $10,000 portrait of Trump himself that hangs in his Florida resort (you know, the one he vacations at every other weekend) and a legal dispute settlement payout to another charity.

This, among all the other legal trouble Trump has found himself running from lately: Michael Flynn’s sentencing was delayed this week so that he can further cooperate with the special counsel’s Russia investigation. That certainly spells more trouble for the flailing president. And who knows what Michael Cohen, recently sentenced to three years in prison for a slew of trouble he got himself into while acting as Trump’s personal attorney, has told Mueller and team?

Meanwhile, on the political side of things, it’s not looking so good for Trump either. He lost his battle with Nancy Pelosi and Chuck Schumer — there will be no funding for his border wall, a fight over which Trump claimed he’d shut down the government. And today, the Federal Reserve increased its short-term interest rates by a quarter percentage point, going against Trump’s wishes.

It is really hard to keep up with the chaos. The Unites States is, in fact, in disarray with this man at the helm. And he will try to take down everyone else as his presidency, his real estate empire and his reputation all go down in flames. 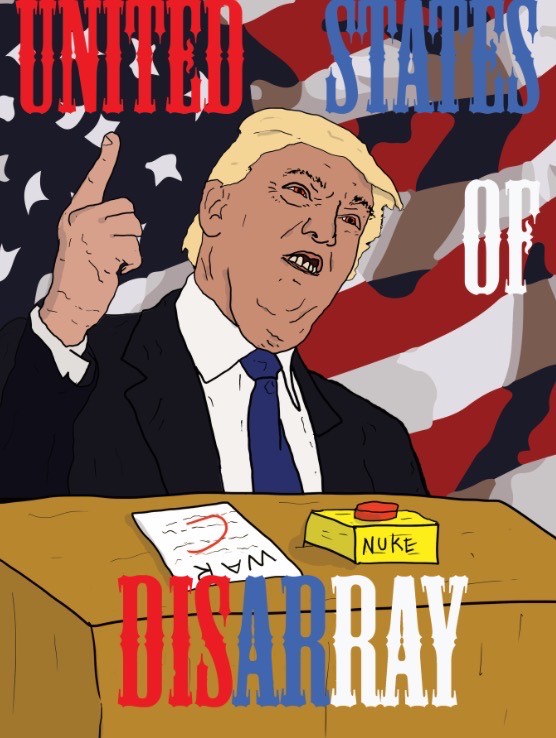