Impending government shutdown! Sorry, world — America is closed. Because Trumpy wants $5 billion to build a tremendous wall, and the logical thinkers in government aren’t going to give it to him.

If you are confused, it means you missed the spectacular showdown between Donald Trump, currently pretending to be the U.S. president, and Nancy Pelosi and Chuck Schumer, the Democratic leaders of the House and Senate, respectively.

Thinking they were going to be attending a private meeting with Trump to discuss funding the government, they were both surprised when he invited the press to join the meeting. It seems that Trump’s goal was to embarrass the Democrats, but he failed miserably since neither of them gave in to his whims and Schumer even threw in a couple good burns. In the end, Trump said himself that he would be happy to own a government shutdown unless he gets funding for his border wall. Republicans aren’t too happy with him. I’d imagine that the workers who will be furloughed aren’t either. 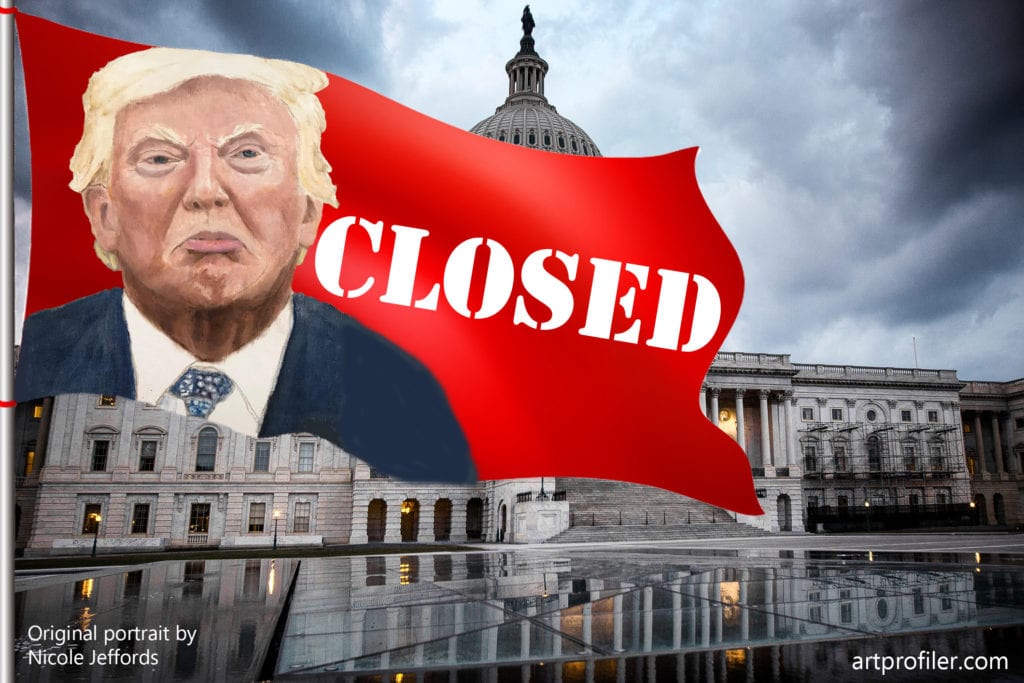 Previous Article
Flynn for the Win!
Next Article
Going Down in Flames