urging eligible voters to get out and vote 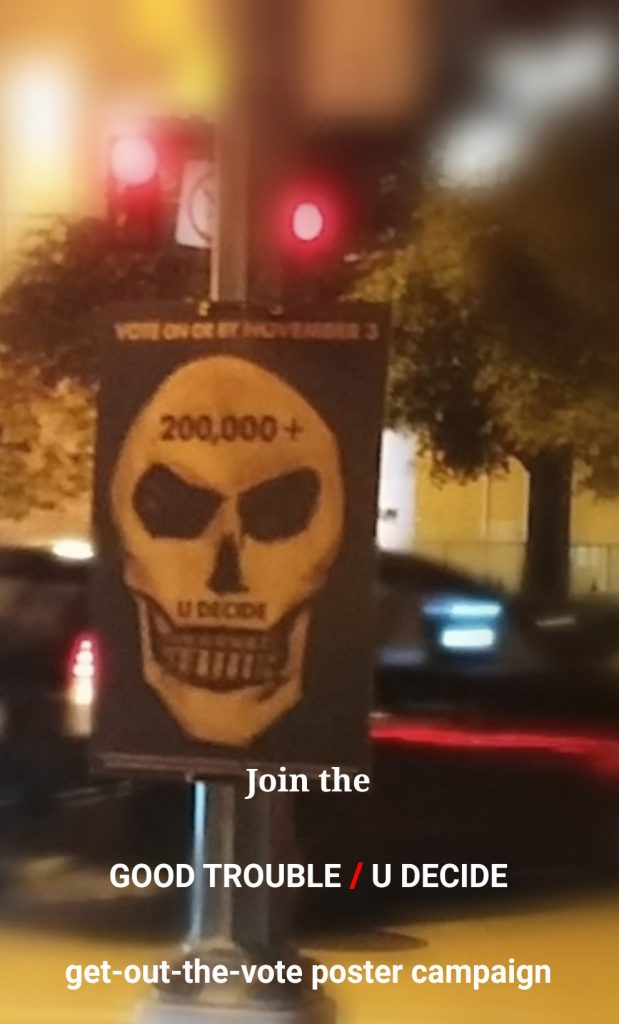 Because turn-out will be critically important this year.

This election is not only a referendum
on Donald Trump’s presidency.

It’s also a referendum on our system
of representative democracy.

The number of voters who vote
will be as important as the
candidates for whom they vote.

And that’s what the 35
GOOD TROUBLE / U DECIDE
posters were designed
to prevent: 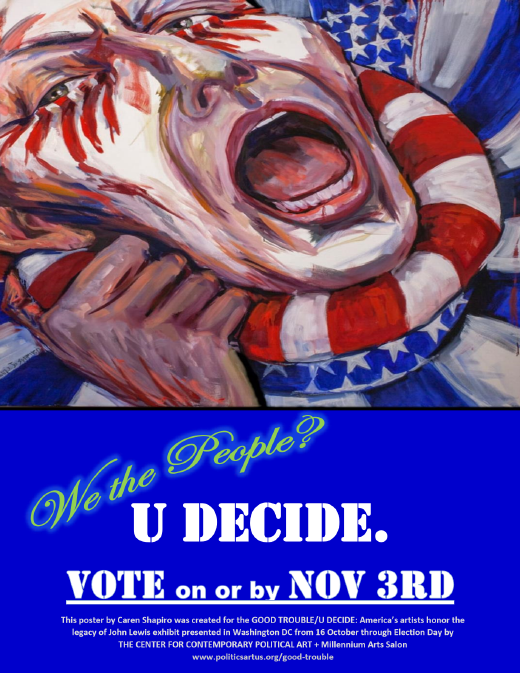 GET OUT THE VOTE!
save democracy 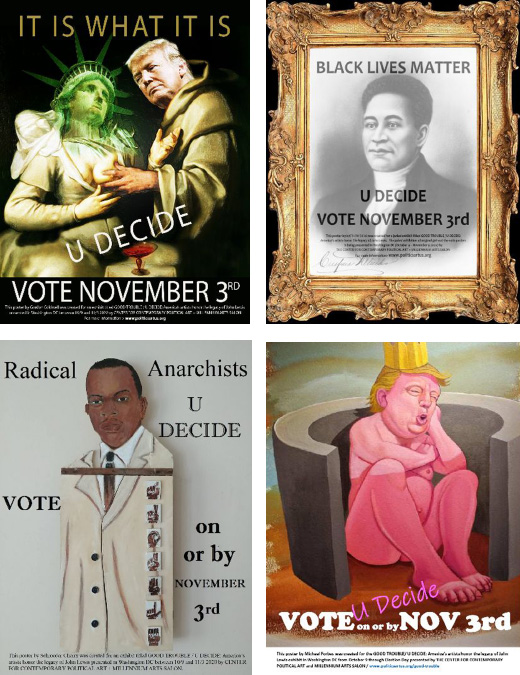 THE ART OF POLITICS

For the first time in our history, we have an incumbent President who refuses to say he will guarantee a peaceful transition of power if he’s not re-elected.

When asked if he would repudiate white supremacist militias like the Proud Boys, he responded as if they were shock troops at his disposal, ready to fight.

Whether he wins or loses, the best defense against Donald Trump’s Narcissist dream (of becoming our Vladimir Putin, autocrat-for-life) is a massive voter turn-out by the time the polls close on November 3rd.

If enough of us exercise our right to vote, that will rightly be seen as a show of force in favor of the democratic system devised by our Founding Fathers to guard against tyranny and enshrined in our Constitution.

Those who don’t vote will be counted as indifferent to the machinations of those for whom too much is never enough.

The GOOD TROUBLE / U DECIDE get-out-the-vote posters were created by artists from the United States and Western Europe who donated their time and talent to make them because they believe in democracy and understand what’s at stake in this election.

We invite anyone who wishes to, to download as many posters as they like, free of charge; email them to friends; or, better yet, print them on poster board and hang them wherever they’ll be seen and do some good, in cities and towns across the country.

Is our country’s future worth the effort? 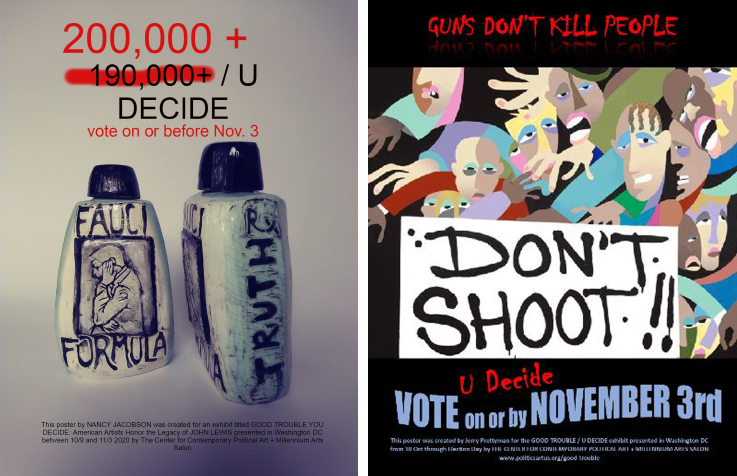 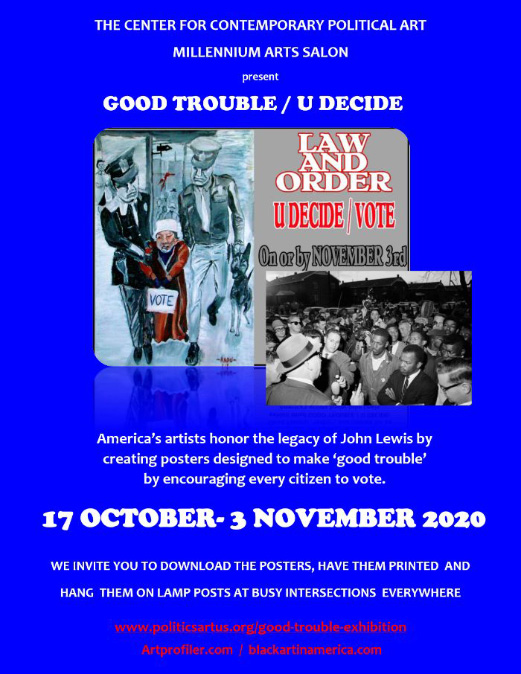 Copyright © 2020
THE CENTER FOR CONTEMPORARY POLITICAL ART,
All rights reserved.