From the Editors 3 years ago

B Shawn Cox – May Artist

ArtProfiler’s Artist Monthly series highlights one artist per month for exceptional work in his or her chosen medium.

B Shawn Cox is a multimedia artist, juror, collector and curator based in Austin, Texas. His vibrant and diverse work has been shown and exhibited throughout Austin, Texas, including on a billboard via the Austin ARTBoards selection process in 2019. He has works in corporate and private homes across the United States. Cox has degrees in Architecture and Law but has maintained and developed an art practice for over 30 years. 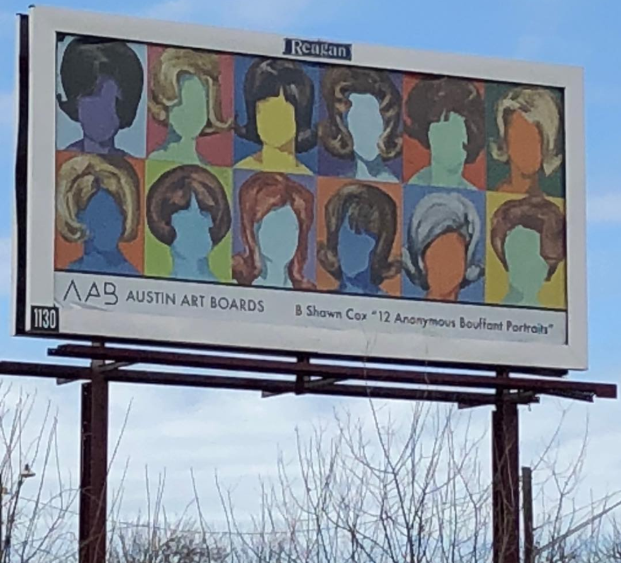 Shawn’s work is currently exploring two related paths with the artist as cartographer, mapping his vision while constantly calibrating his own internal compass. One metaphorically manually constructs visions of an idea from distilled and reassembled handmade components. And the other, as demonstrated in his mixed media paintings, is a reflective commentary on social mythology—repurposing and graphically reevaluating iconographic figurative stereotypes in graphic, lyrical, playful, and layered composition, affording the viewer a catalyst for internal or external dialogues.

His role as an artist is bound by two responsibilities—first to capture, emote and communicate an idea and then, to transform the chosen media itself as part of the expression. The goal in Shawn’s current body of work seeks to manifest a narrative by transforming, re-imagining and manipulating the source material itself or adapting the figurative icon into a new construct on the picture plane. 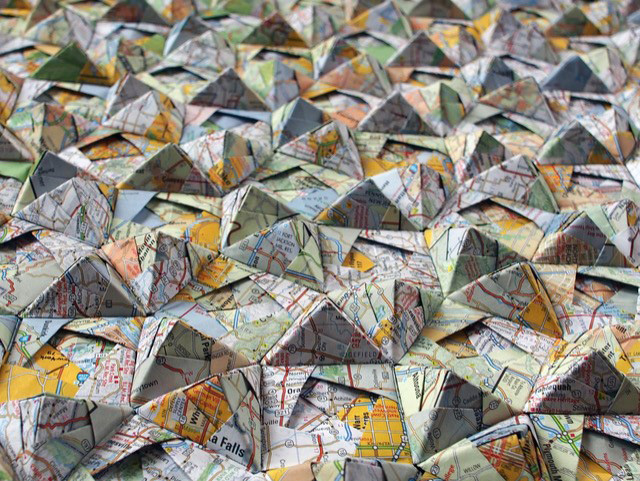 Modular Origami Sonobe Assemblages
From its text or printed source, each paper sonobe module interlinks and interlocks in a geometric variation that distills and captures a fragment of an image, visual tool, text or narrative into a uniform module and its respective social myth. The works further resonate with a viewer’s own individual and unique understanding or conception of the same. The relationship between the modules forms the basis of a new tangible and dimensional language by both referencing the old medium as a construct to layer narratives and metaphors built from these tangible visual abstractions of an idea.

Analog Transformation in a Digital World
As both public and personal social interaction transitions to virtual, traditional tools of understanding and communication are being replaced by evolving digital technologies. The work celebrates an expression of the understanding, or at least the ability to express or understand beyond the newly archaic paper media itself. The genesis is manifestation of a physical metaphor of a base particle of an idea, a proverbial “grain of salt”—the size and shape of thoughts. The creative journey develops by analysis and transforming an existing means of breaking down a conceptual thought into a base unit. This module is the building block and construct for literal and actual paradigms, and a structured catalysis for expression. Transformation and interrelationship of dialogues further structure the expression as it evolves. 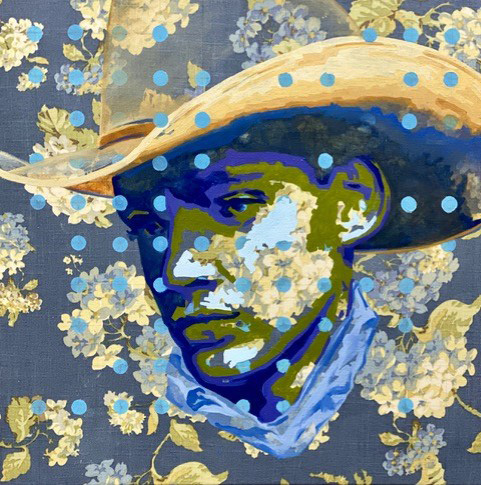 ARTIST STATEMENT
Often based on or derived from personal or found vintage photographs, my work attempts to capture, reinterpret and share a moment in time. Visual inspirations are (in no material order) vintage images, advertising, architecture, magazines, 80’s pop music and literature. I’m also drawn to narratives, humor, cliché, irony, color texture, layered meanings and shiny things. My art uses paint, plaster, clay, paper and various other things I find around the house or that show up from Amazon or Ebay.