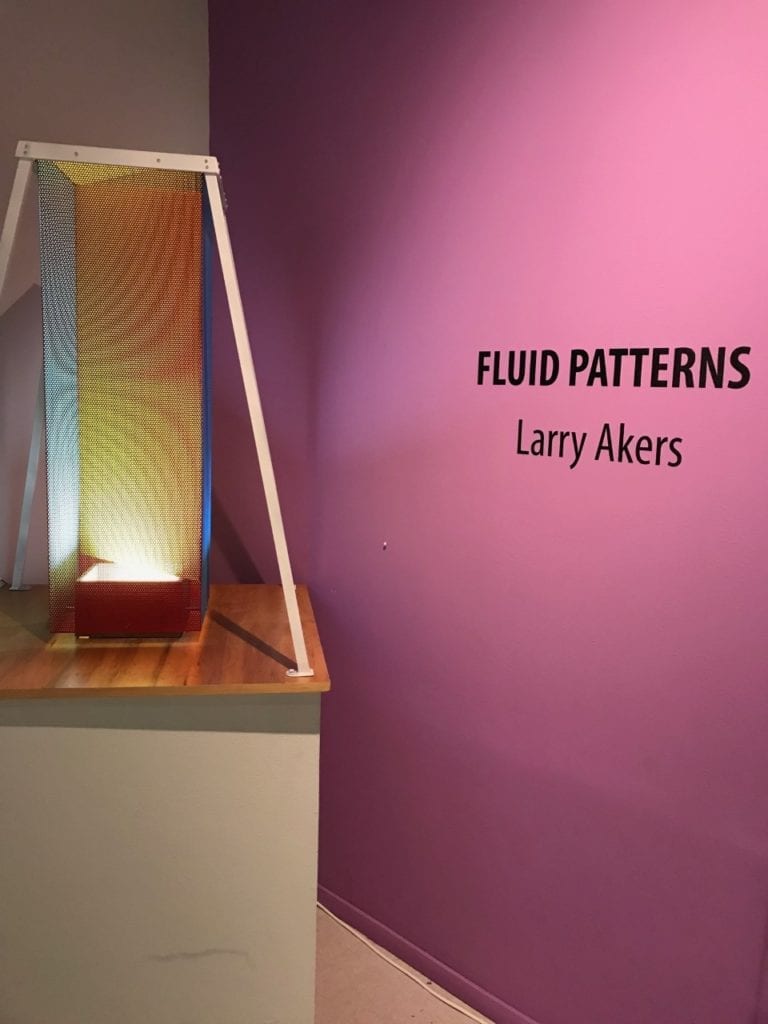 It’s worth having a look at Larry Akers very interactive kinetic sculptures on display at the Dougherty until March 17. At first glance when you enter the gallery, the sculptures look like rather ordinary constructions, often of found objects, corrugated paper, steel, hardware you might have seen elsewhere. 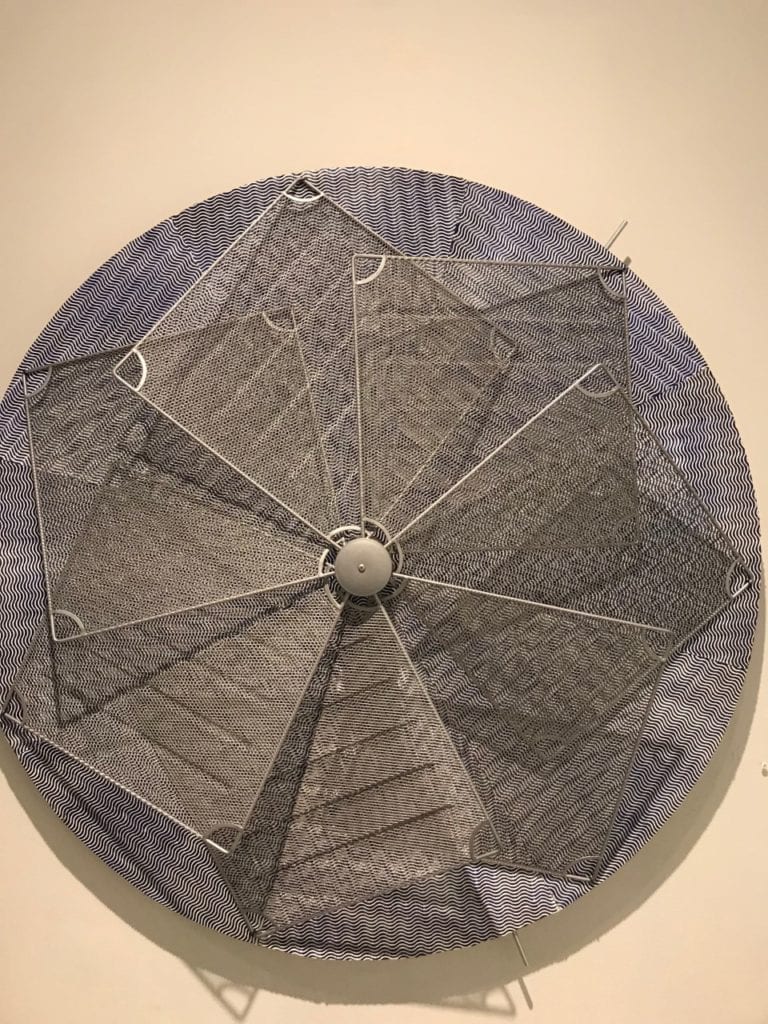 But if you step close to the piece — and particularly if you attempt to photograph it — you will see magic: changing patterns, glowing light, color formations that seem to move and dance through space, ethereal figures that look smokey and phantasmagorical. 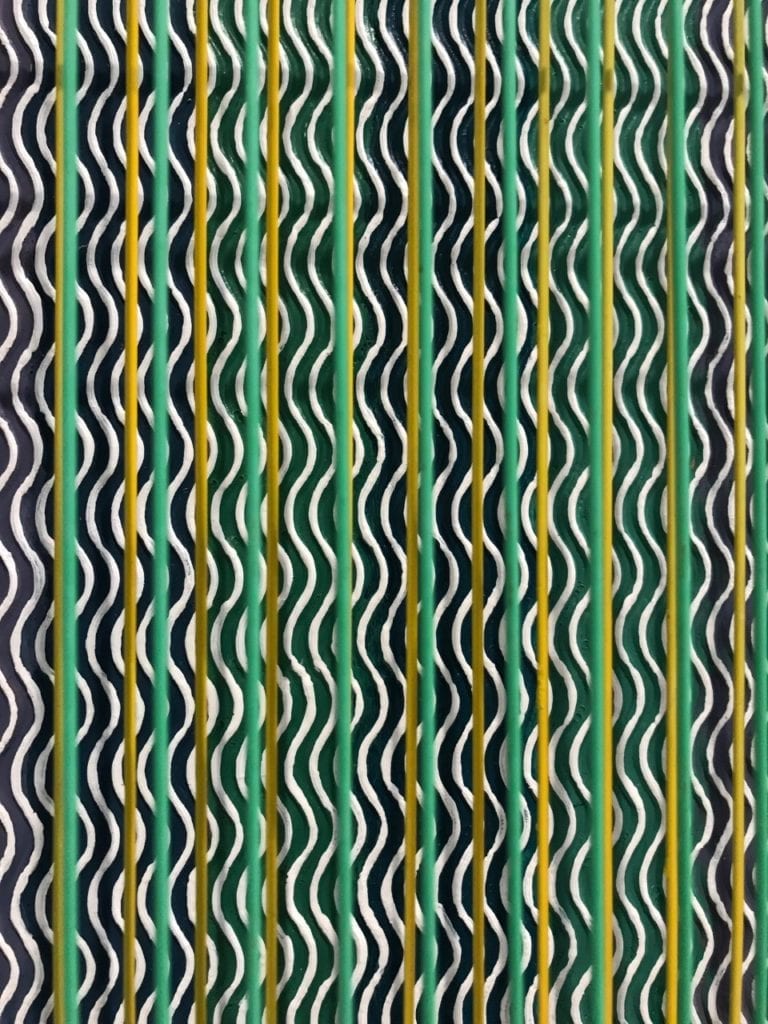 Larry Akers, Other Side of the Fence, constructed of steel, corrugated paper, latex, oil, wood

Some of the effects are jewel-like: 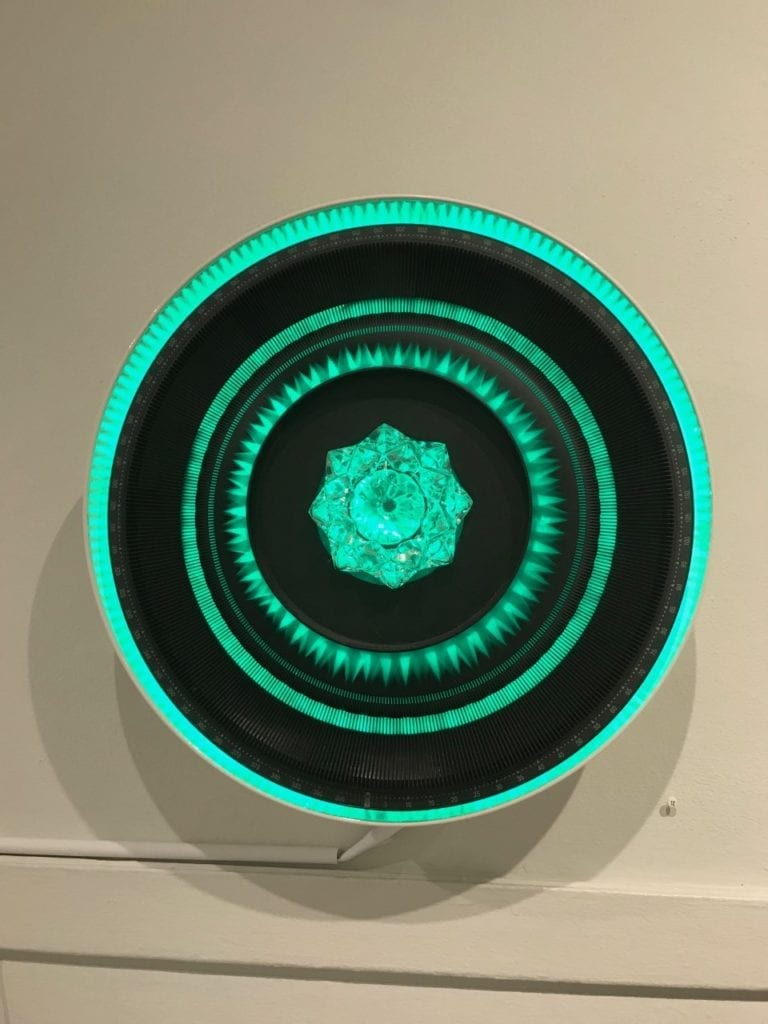 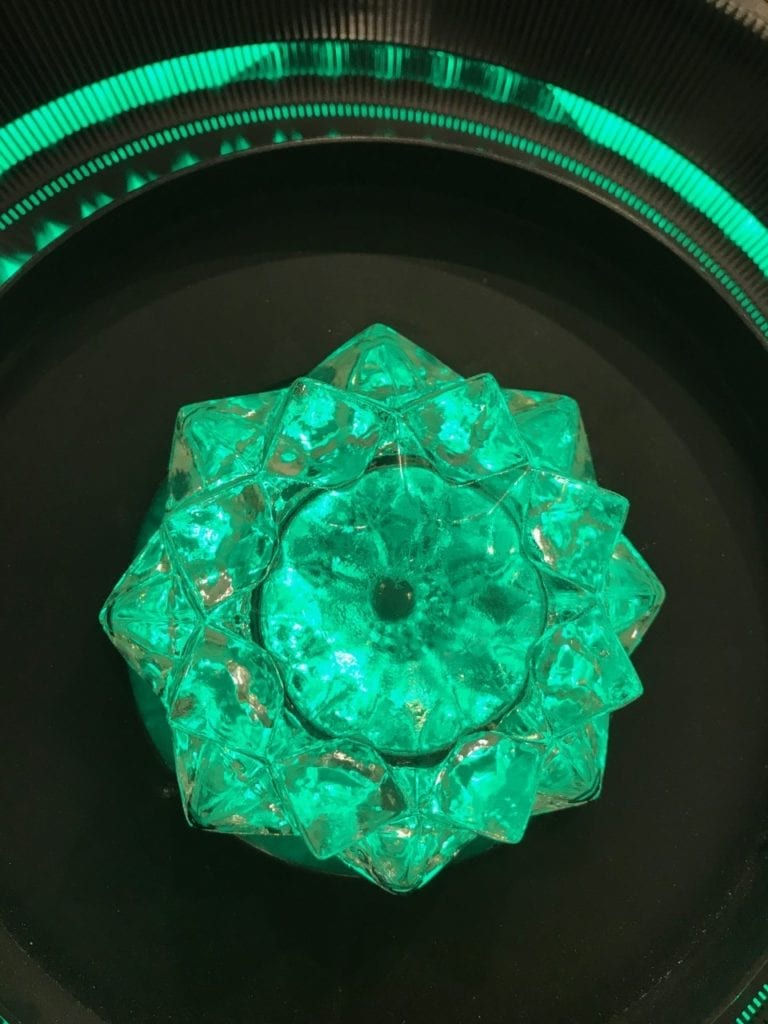 And some have the effect of a good abstract painting: 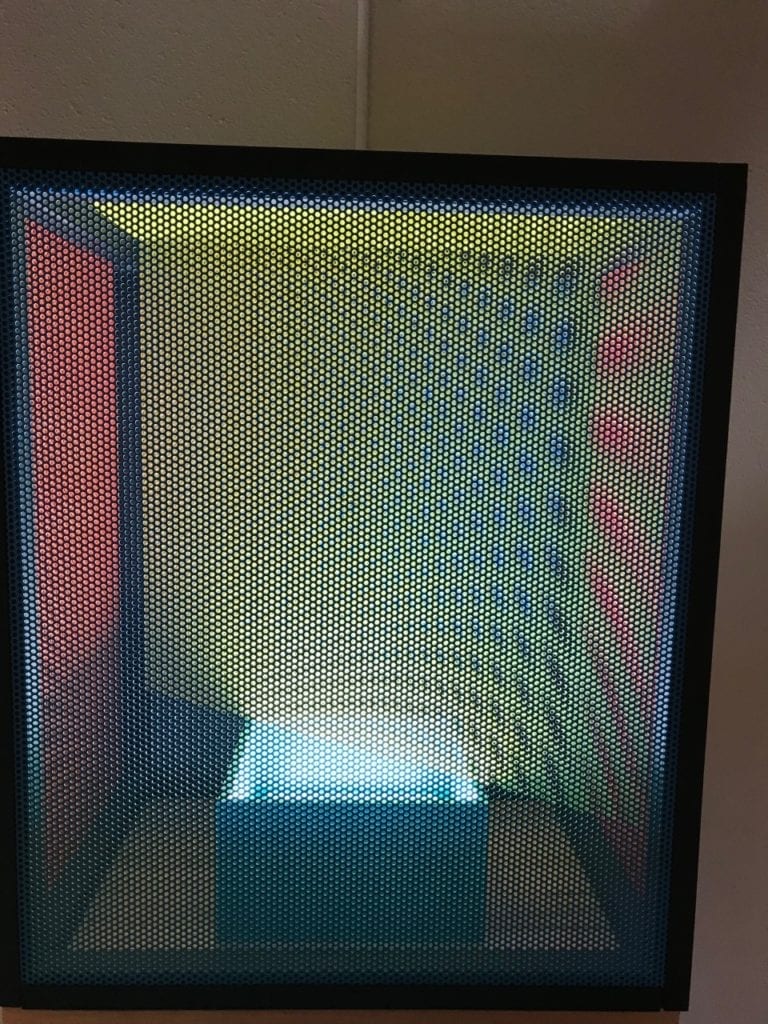 There are thirty-eight pieces in the show and many will entrance you. 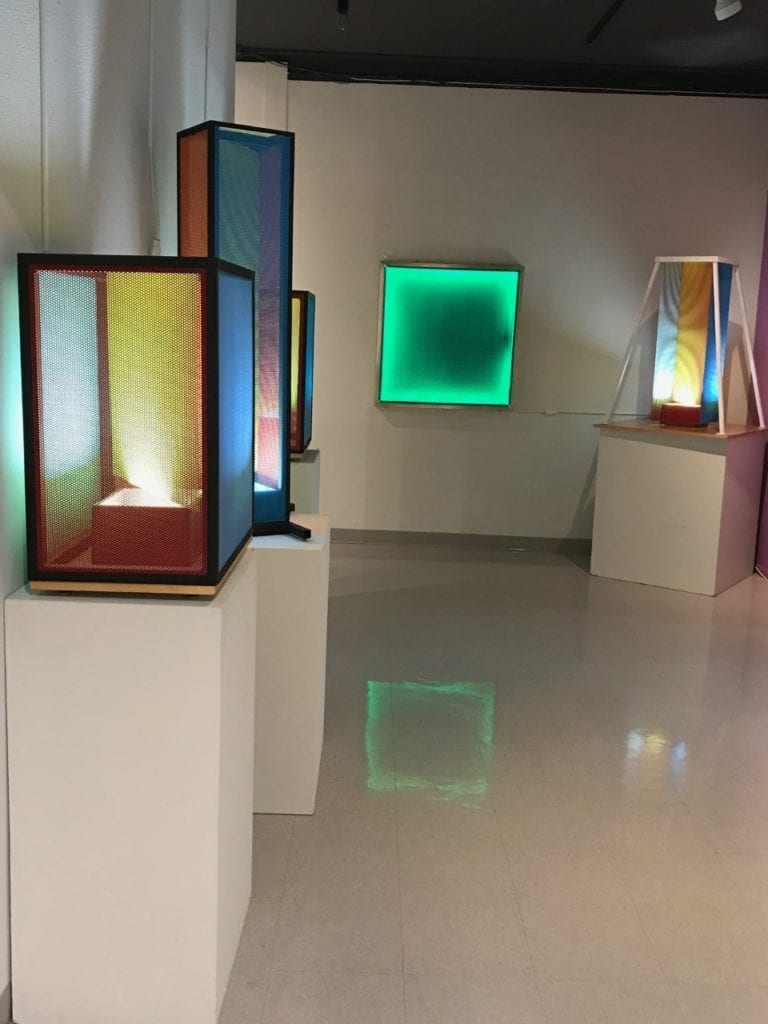