What Beirut’s Agony Reveals about Lebanon’s Failed State, and Ours

LEBANON’S FAILED STATE AND OUR OWN

“Beneath the rubble, beneath the sadness,
an immense rage has begun to boil”
—Lina Mounzer, Friday’s NYT

Published this weekend to mark the 46th anniversary of Nixon’s resignation
on 9 August 1974, with the unrealistic hope our current Leader might
consider Nixon a beautiful role model, and do the same
by CHARLES KRAUSE / REPORTING LLC 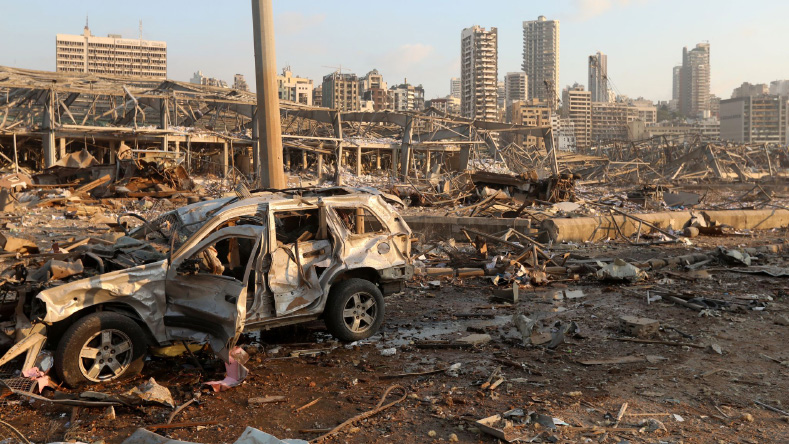 The explosion that destroyed much of Beirut last Tuesday, killing 135, injuring 5,000, and leaving hundreds of thousands homeless, was both a human tragedy and a stark and bloody lesson for Americans to consider.

In its immediate aftermath, the explosion was suspected of being a terrorist attack or defensive bombing in a country and region polarized by the teachings and traditions of the Christian, Islamic and Jewish faiths; tormented by the geopolitical ambitions of Iran, Syria, Saudi Arabia, Israel, Russia and the United States, and; forever condemned to hell by the wars, rivalries and machinations of its former colonial masters, the British, French and Ottoman Turks.

But, as it turned out, the massive explosion, which a headline in The Times said “Sounded Like the World Itself Was Breaking Open,” was neither an act of war nor Nature’s revenge. It was something more prosaic: a cautionary and deadly example of the dangers of political paralysis and the negligence of a corrupt and dysfunctional government primarily concerned with its own prerogatives, enrichment and preservation of power rather than the security and welfare of its people.

WHAT DOES IT MEAN TO BE A ‘FAILED STATE?

It was enough to push Lebanon onto the list of the world’s Failed States, a term coined by my old friend, Moises Naim, in 2005, when he was editor of Foreign Policy magazine and started publishing the Failed State Index, which ranked the world’s 178 countries in terms of their relative wealth, the health and welfare of their citizens and political stability.

Now called the Fragile State Index and published by The New Humanitarian magazine, Lebanon ranked #40 on this year’s list (Yemen, the most fragile or failed of the world’s states is #1, while Finland comes in at #178, the most stable and best all around). This year, which really means at the end of last year, Lebanon was in the High Warning category between Bangladesh and Zambia.

Next year, the explosion and political upheaval will likely push Lebanon closer to the top, into the Very High Alert or High Alert categories currently reserved for countries like Afghanistan, Syria, Chad, Somalia and, of course, Yemen.

Some might consider it contentious to compare the United States to Lebanon; apples and oranges, they would say. 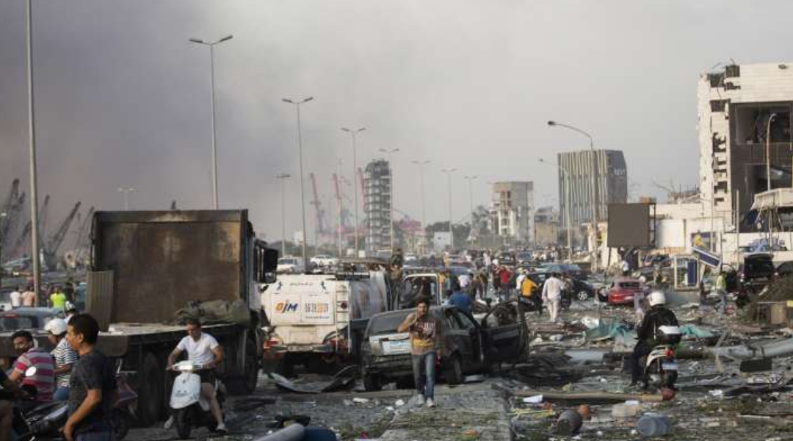 HOW DIFFERENT IS OUR GOVERNMENT FROM LEBANON’S?

But still, if we’re being honest, we may wish to ask ourselves: What’s the difference between a government which ignores warnings from its own officials of the dangers inherent in a warehouse filled with 2,000 tons of unguarded and improperly stored ammonia nitrate, which finally explodes and destroys the center of its capital city, and a government, like ours, which ignores the warnings of its own scientists, with the horrendous resultant cost we’re all familiar with in terms of human life, human suffering,  jobs, freedom, frustration, anxiety, and, ultimately, political stability, and confidence in the United States?

I would argue it’s a difference of degree, not kind.

We may not care where our government’s abject failure to contain the pandemic puts us on next year’s Fragile State Index. But I think a quick look at where we are on this year’s list, and what that reveals, may be instructive when considering the truth of our self image as the world’s greatest, richest, and most powerful country in the history of the world.

This year, we came in at #149, barely making it into the Very Stable category, slightly above Great Britain, Poland, Spain and Costa Rica, slightly below Slovakia, United Arab Emirates, Mauritius, Lithuania and Czech Republic. We were nowhere near the top 10 in the Very Sustainable category, which includes, besides Finland, Norway, Switzerland, Luxembourg, and even our neighbor, Canada (#171).

More disheartening still, we were 12th on the list of countries whose welfare and stability are inching up fastest toward Failure. And that was before we found out that we’ve been so de-industrialized, privatized, monetized and venture-capitalized, while our government has become so inept and unprepared to deal with a health emergency, that we can’t even provide for our own survival.

We’ve even had to import face masks from China, for Christ’s sake.

What we also learned, which we shouldn’t forget ever again, is the people we pay the least, and whose health is most at risk because the Republicans think universal health care is a communist plot, are actually the people who are most essential when the chips are really down.

A RECKONING IN NOVEMBER

There’s going to be a reckoning, I think in November, when not all the hackers in Russia or disciples of Mao in China are going to be able to put Donald Trump’s electoral college victory back together again. In fact, his only hope now seems to be the new postmaster general he’s brought in to screw up the delivery of mail-in ballots, the use of which he opposes despite warnings that in-person voting will add, significantly, to the spread of Covid-19.

Even more dangerous is Our Leader’s insistence that the public schools re-open for in-person classroom teaching this month. It’s not enough that 158,000 of our fellow citizens have already died, and some 4.5 million more have already tested positive, for the virus in just five months. We’re already #1 in the world in the number of people who’ve been infected and died from the coronavirus. What more does he want? Does he really want us to rank with Lebanon as a Failed State?

The explosion in Beirut was, for me, an unmistakable wake up call. To avoid disaster, we need to get off the train we’re on, as fast as we can. By that, I mean now!

Because if we’re still aboard when it leaves the station later this month, with the same deranged engineer and fawning crew that’s brought us to where we are,  not to where we thought we were going, and many of us, and many school age children, won’t make it to the next stop, when there’s a scheduled crew change, in January.

Like the Lebanese government’s inexcusable failure to secure the nitrate it was warned about before it exploded, the United States is hurtling down the tracks, full speed ahead, because Our Chief Engineer refuses to listen to Dr. Fauci and the others, who’ve been warning that opening the nation’s schools too soon is another train wreck just waiting to happen.

There’s an excellent piece on the front page of today’s Washington Post, headlined “A lost summer, How Trump fell short in confronting the virus,” which chronicles how the White House has failed to use the summer to produce a national strategy for combating the virus despite or for the school year. This is despite “an internal model by Trump’s Council on Economic Advisers [which] predicts looming disaster” later this month and in early September, once the schools open, The Post reports.

The article goes on to quote White Houses aide who describes how charts and reports are doctored to support Trump’s campaign message that the virus is “receding” and “under control,” and to convince him the world thinks he’s doing a great job fighting the virus.

“You’re not supposed to see this behavior in liberal democracies that are founded on principles of rule of law,” one aide told The Post. “Everyone bends over backwards to create this Potemkin village for him and his inner circle.” 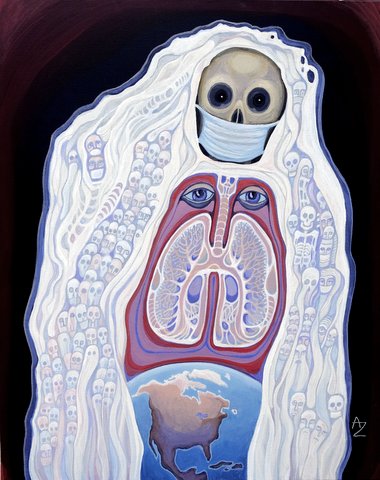 My point is, opening the schools, without a plan or money to make them safe, is one train wreck too many. We’ve seen how Trump has managed this crisis since the beginning of the year and we really can’t allow this mismanagement to continue through the first month of next year.

There are only two ways, short of a military coup, to stop this train in time to avert the “looming disaster” even the White House’s own models are predicting once the schools open later this month. The first, which is almost inconceivable, would be for the Cabinet to invoke the 25th Amendment, removing the President on the grounds that he’s too unstable to govern.

The second would be for House Democrats to prepare new articles of impeachment against both the President and Attorney General while the Lincoln Project and others try to convince 10 Republican Senators to vote to convict and remove Trump to save the country, the Republican Party and, those running for reelection this year, themselves.

This may seem improbable now but will, I think, be much less improbable next month, once the schools re-open and the tens of thousands of public school students come down with the virus and start infecting their parents and grandparents.

To be fair to Trump and his supporters, I don’t think his removal from office should prevent him from continuing his reelection campaign or prevent him from re-taking his office next January, if he wins.

That would prove it’s the American People, not Donald Trump, who are insane.

But at least it would save a whole generation of young people from being the fodder for his Narcisissm, ignorance and delusions.