In Love with My Friend’s Old Boyfriend

A friend of mine whom I’d been close to for many years broke up with her boyfriend about two months ago. I’d always been secretly attracted to this guy. I figured once they were no longer a couple, he was fair game. The two of them hadn’t been together that long anyway, maybe eighteen months. I could tell he was attracted to me, too, and one night I agreed to go out on a date with him. Well, there were immediate fireworks between us, and we fell in love. I felt a little uncomfortable about it, but my friend had already left him and all I was doing was following my heart. Now my friend won’t have anything to do with me. I can understand and accept that, but we were part of a close-knit circle of friends and now none of them will talk to me either. I truly love this guy and have no regrets, but it really sucks to have lost my entire community. Do you think I did wrong? The two were broken up and I thought my friend was done with him.

In Love with My Friend’s Old Boyfriend 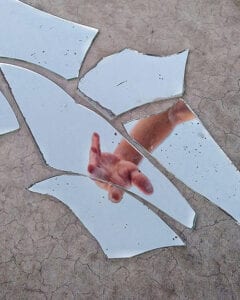 The old saying all is fair in love and war doesn’t quite hold water when examined closely. Yes, technically you did nothing wrong because your friend had already broken up with the guy and supposedly, he was free to go out with other women. If he had chosen anyone but you, your friend would have dealt with it. But he chose you, a close friend, and the fact that you agreed to go on a date with him must have seemed like a big betrayal to her. You ask if I think you did something wrong. Again, technically no. But your judgment was poor. You should have known your very close friend would feel let down, even somewhat betrayed, by your taking up with her old boyfriend so soon after their breakup. And that it would most likely ruin your relationship with her. My advice? Accept the fact that you’ve lost a friend, probably permanently, and move on. If you stay with the guy, fine, but don’t try and win back a friendship that was broken through your actions and is now most likely unfixable. Perhaps in the future you won’t make the same mistakes. 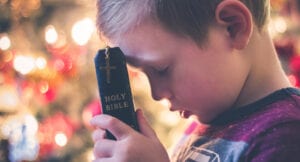 I totally hear you. To have a son insist on going around in girls’ clothes is humiliating. He was born a boy; he should act like a boy and that’s all there is to it. All these LGBTQ people are ruining our society and I often wonder why they don’t realize how ridiculous and pathetic they are. So, come down hard on him and make sure he remains the sex he was born as — MALE.

I am a trans female. I knew I was in the wrong body when I was about six years old and gravitated toward female hairstyles and clothing. I thought of myself as she, not he. My parents, like you, were not very understanding, and growing up in their house was awful. I felt persecuted, tortured, humiliated. I left there as soon as I could and rarely ever see my parents. In my opinion, to judge someone because of who they choose to be is a sin.