Married to a Klepto in San Diego

I hope you can help me. I don’t know who else to turn to. It’s about my wife, whom I’ll call Francine. We’ve been married three years. I love her very much. A few months ago I was in the supermarket with her and I noticed she took a bar of chocolate and secretly slipped it into her purse. I couldn’t believe my eyes, but decided to ignore it. Then about a month after that, we were at Target and she snatched a pair of earrings off a display and hid those in her purse. I still couldn’t bring myself to say anything. Another time, in Walgreen’s, she stole some Cover Girl lipstick. I’ve seen her commit at least five thefts and have closed my eyes to each one. I don’t think she knows I’m aware of her problem, which makes things even worse. I play dumb and it’s almost as if she wants to get caught. In other areas she’s a perfect wife, and we don’t want for money, so I don’t understand why she’s stealing — especially stupid stuff like that. I know her employers have great respect for her (she’s an accountant). As I said, I love Francine but now when I look at her all I can see is her dishonest side. Please help.

Married to a Klepto in San Diego 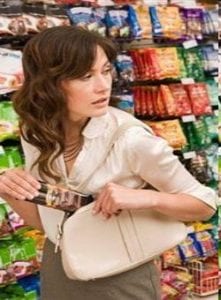 Clearly your wife is acting out and needs help. If you research kleptomania, you’ll see the causes are unknown but may be linked to abnormalities with serotonin levels in the brain. Sometimes there is an underlying psychiatric condition, such as depression or anxiety, that needs to be addressed. I suggest you gently confront your wife, telling her you have seen and been baffled by her behavior and would like her to talk to someone about the problem. But first you need to talk to someone yourself. Your wife’s kleptomania must be very disturbing to you. Why then have you held back from doing anything about it? Unchecked, it will ruin your marriage. And if she gets caught (as she probably half wishes she will), there will be unpleasant consequences for you and your family. Best to talk to a therapist ASAP and get to the bottom of what ails both your psyche and your wife’s. The longer you let this problem eat away at you, the worse you will feel.

REACTIONS TO NOBODY’S BUSINESS IN CLEVELAND 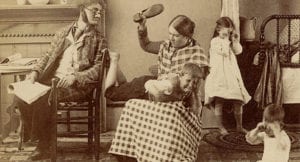 you’re a fool to hit your children, especially in public. Who does that, but trailer trash? I say if you smack your kids around out in the open where everyone can see you, Lord only knows what you do behind closed doors. Sounds like you have a dangerous household and your kids oughta be taken away from you. For instance, what was that bruise on your thigh all about? Bumped into a table, my ass. Your husband probably got mad and shoved you. I know how this shit goes, can’t fool me.

You are a brave woman to bring up a subject like this. One time I slapped my child, leaving a mark on his face, and boy did CPS come after me. I was questioned. My husband was questioned. My nine-year-old daughter was pulled out of her classroom and questioned. From then on I went around a pariah with a scarlet letter on my forehead. The incident occurred at a very rough time in my life, right after my father, who was my biggest protector, died. My son, who was just entering kindergarten, acted out and cut a beautiful scarf my father had given me into pieces. I admit I lost it, but none of my so-called friends tried to find out what had really happened, and in the end we sold our house and moved out of the neighborhood so I didn’t have to face such ostracism. Even now, years later, it rankles. I wish people could learn to be more understanding.