From the Editors 4 years ago

Jennifer Balkan is our hand-selected artist for May! ArtProfiler’s Artist Monthly highlights one artist per month for exceptional work in his or her chosen medium.

Jennifer grew up in New Jersey and began to draw at a very young age. She studied neuroscience in college and considered pursuing a path in psychology. After living in Boulder and Seattle, she moved to Austin. She attained her Ph.D. in 2001 after conducting anthropological fieldwork in Mexico. Although her experience in Mexico was rich, Jennifer longed for artistic creativity. In August of 2001, Jennifer spent a month in Spain, France, and Italy where she saw masterworks that would become her inspiration. She then threw herself into oil painting and now paints fervently. 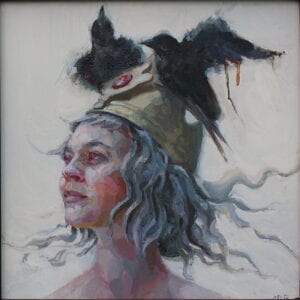 Jennifer studied drawing and painting at Laguna Gloria Art School, the Austin Fine Arts School and at the Art Students League in Denver. She began teaching figure and portrait painting in oils to private groups of students in 2005. Her work has been exhibited across the United States and in Europe and has been featured in a number of art publications. Her portraits have received awards by the Portrait Society of America, she was named “Best Visual Artist of 2015” by the Austin Chronicle’s Readers’ Poll and Fine Art Connoisseur Magazine included her work in an essay on leading contemporary figurative painters. 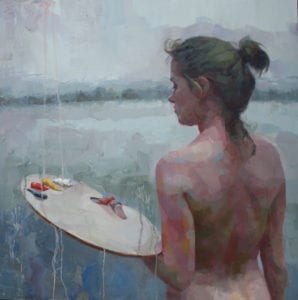 This year, Jennifer co-founded Atelier Dojo Austin, Austin’s newest realist art school, with three fellow painters.  She is currently preparing for her solo exhibition in 2019 in Ireland. When not painting, she is adventuring through life with her son Karlo and husband Jeff, either on bicycle or unicycle. 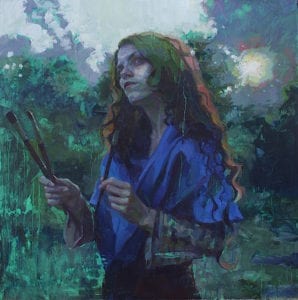 I am an oil painter. I predominantly paint people. I paint feelings. My hope is that my work reads from the inside out and evokes emotion from s/he who resonates with it. I imagine as I am painting that the viewer can feel the thought behind each move, and see some of the process behind the painting. As I lay my paint down, I am hoping that each mark describes not only the outermost layer but reveals something underneath our skin. Though it is a cerebral concept and subtle narrative that motivates me, the process of creating the painting is superior to all else. Once I begin a painting, my interaction with the canvas takes on a life of its own; it transcends whatever I can actually say about the painting once it is finished. Like some kind of meditation, if I remain in this state during the entirety of my painting experience, then I can say that my work is honest.