According to the July 19, 2018, Austin American-Statesman, the Audubon Society reported that Austin’s large swarming colony of Purple Martins has abandoned its traditional roosting place in Austin in favor of a Round Rock shopping center. The Martins roost in the Austin area in the summer before continuing on to their winter homes in the mountains of Mexico.

A source close to the Audubon Society, who asked that his identity not be disclosed for fear of upsetting the ecological balance in the Society, expressed concern. “Why would they abandon Austin?” he asked. “We are number one on the list of desirable cities for all migrants. We are a sanctuary city and the Live Music Capital of the World. Birds love song! For them to prefer Round Rock is very distressing.”

A spokesman for the Mayor’s office declined to comment, but did disclose that a 40-person commission representing all the Purple Martin stakeholders had been created to study the problem. One assistant was heard to say that the mayor believed this was a temporary problem that would be over when the legislature left town after its next session.

Environmental groups, however, are not so sure.

“Personally, I think it’s CodeNext,” one prominent environmentalist said. “Birds are very sensitive to changes around them and they probably know that if CodeNext is adopted, their traditional spaces will be converted into tiny dwellings. But Round Rock? That must be a temporary location. No Purple Martin would choose Round Rock for a summer home. I’m not a betting person, but if I were, I would expect them to summer in a friendlier area, like Marfa.” 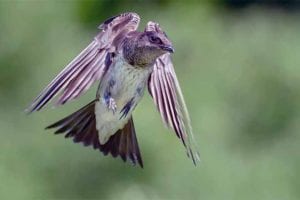