According to an August 18 Bloomberg report, several Mexican banks were hacked and large cash sums have vanished. It now appears that the money was recovered by American authorities and is being used to pay for the Trump border wall.

“I said they would pay for the wall, didn’t I?” an unnamed White House source is reported to have said.

Sources close to the administration explained that the money was recovered from “elements” in Mexico by the Treasury Department’s Office for Asset Forfeiture and deposited in the Treasury Forfeiture Fund. From there it made its way to the Trump Wall Fund.

“No, no, no. That would not be right,” a Treasury source said when asked about rumors that the United States was behind the hacking. “Of course, we have the technical ability to do it, but we would never hack an ally’s banks just because they refuse to pay us money they owe us, or money our President says they owe us, even though he is always right, so far as I know. However, it is clear under United States law that once we recover the money, we’re entitled to use it any way we please. This is how we please.” 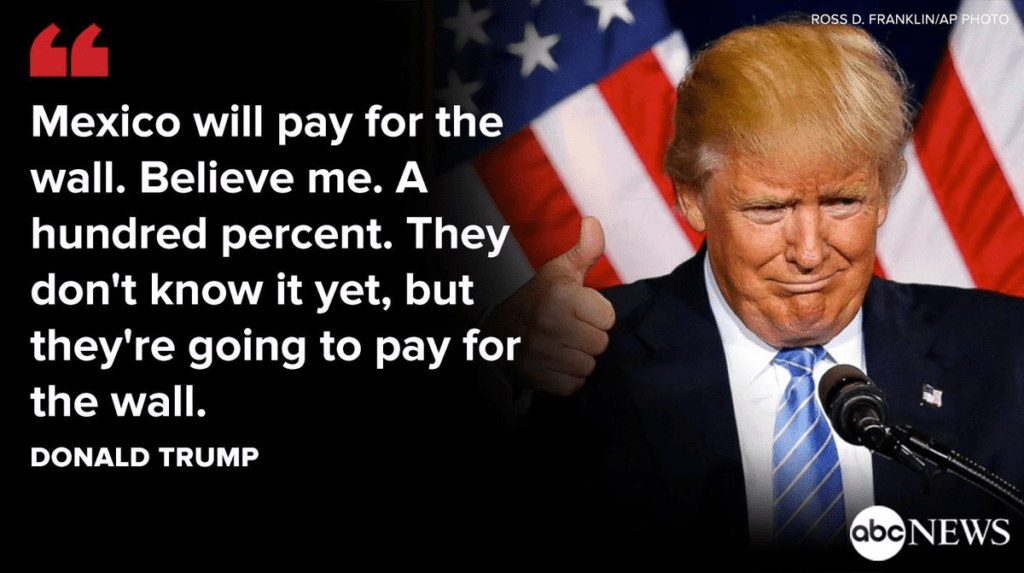