Mitch is a Traitor

From the Editors 10 months ago

Mitch is a traitor.

If you didn’t have reason to believe that Mitch McConnell is a self-serving, traitorous, shady excuse of a Senate Leader before, this may rest the case. Yesterday he blocked two elections bills designed to curtail Russian (and other states) meddling in our election. His reasoning? It was “partisan legislation.” According to The Hill, one bill would require the use of paper ballots and give more money to the Election Assistance Commission, and the other bill would require candidates, their campaign staff, and families to notify the FBI if they were to receive any offers on election help from foreign governments.

Who exactly is he serving? 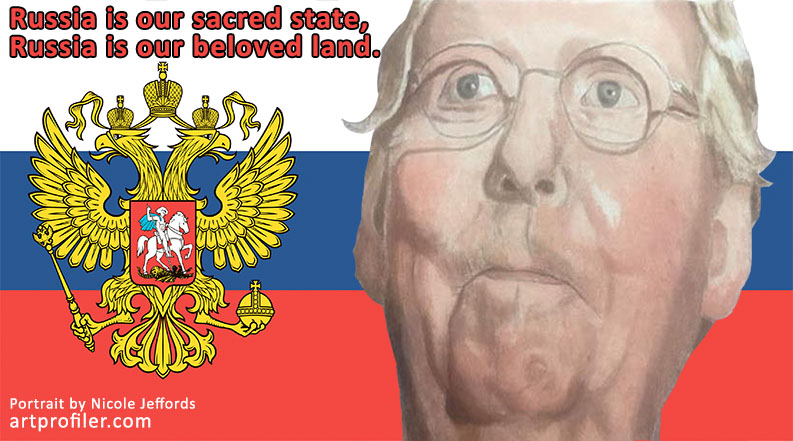 In another stunning bit of news, Trump gave a charismatic speech on Tuesday while standing in front of a doctored presidential seal. Honestly, I have to give hats off to the prankster who displayed the fake seal which was originally designed by One Term Donnie. No one on the Trump team noticed until it was far too late. The altered seal displays a two headed eagle, representative of the official Russian coat of arms. And instead of olives and arrows, its talons hold a set of golf clubs and a pile of cash. The real seal of the president displays the motto, “e pluribus unum” (Latin for “out of many, one”). But the fake image reads, “45 is un titere.” That’s Spanish for “45 is a puppet.” Brilliant! 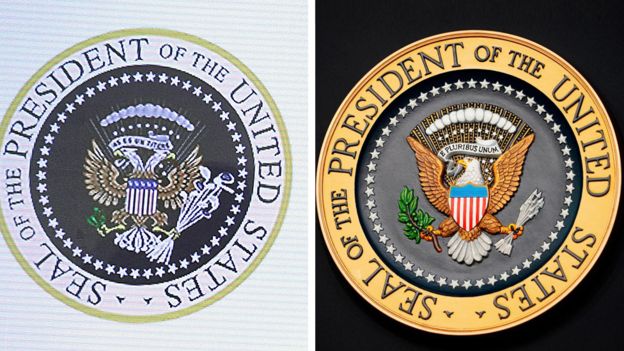 Previous Article
Go Back
Next Article
The Chosen One