Barr released a four-page opinion of the Mueller report. The actual report is over 300 pages long.

The Mueller report, titled Report on the Investigation into Russian Interference in the 2016 Presidential Election, is a comprehensive report detailing the findings over the last two years by the special counsel. Immediately after Attorney General Barr’s version was released, the entire Trump orbit broke out with exclamations of complete and total exoneration! No collusion! No obstruction! But we don’t really know that, do we? Especially since Mueller stopped short of exonerating the president and didn’t make a call one way or the other on the obstruction portion of the case. Democrats and many other lawmakers who have not seen the report are accusing Barr of a cover up. 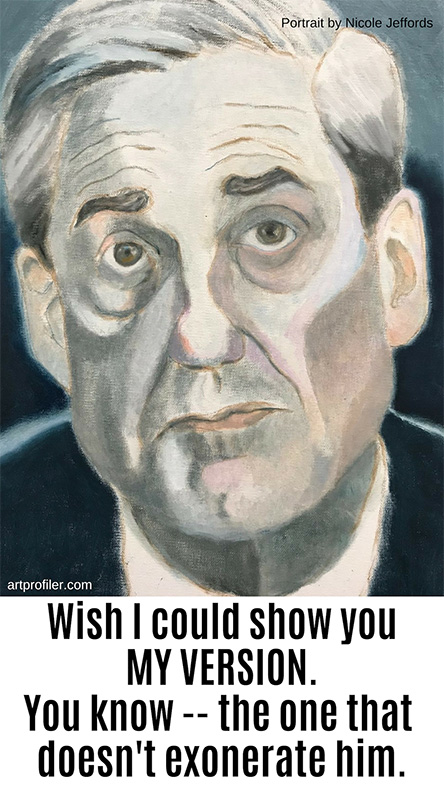 Many are calling on the Justice Department to make the entire report public. Members of the DOJ and Mueller’s teams are currently reviewing the report in its entirety to redact information that they fear could damage national security. Barr has said it could take weeks to make more of Mueller’s findings public. I think it’s going to take much more than weeks. We have an Attorney General who, in the past, has criticized the entire investigation and who seems to be in Trump’s pocket, considering his being in agreement with Trump in the president’s recurrent quest to take away health insurance for millions of Americans. There’s also this: the Nixon investigation report sent to lawmakers in 1974 was only unsealed last year, nearly 45 years later. I think that some of us will live long enough to see what Mueller really discovered about Donald Trump, but by then, this corrupt president will be dead and unaffected by political or criminal retribution. Unless you believe in Hell, in which case, he will most certainly be there.