Nats’ win proves to be elixir for weary Washingtonians

The all-but-forgotten Mueller Report may have a second life.
It should. 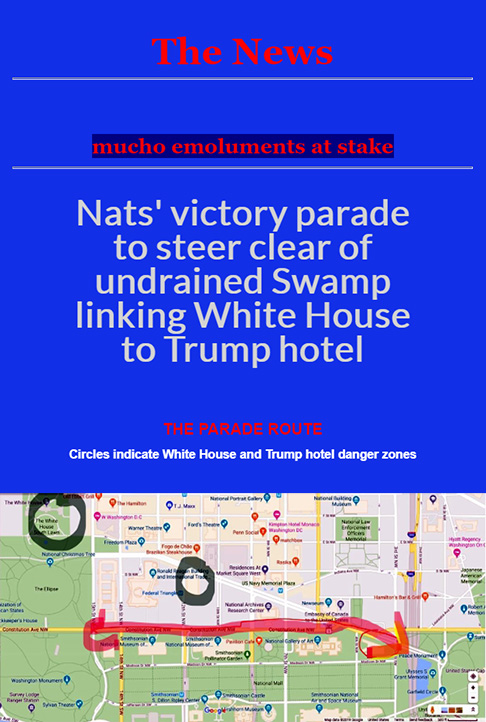 WASHINGTON—Still reeling from the Bronx cheer he received from the fans at last Sunday night’s World Series playoff game and yesterday’s House vote on the rules for the public phase of its inquiry into his high crimes and misdemeanors, Our Leader was busy tweeting “witch hunt” as if he’d read Arthur Miller’s Crucible or seen the recent documentary, Where’s My Roy Cohn?

Alas, it’s unlikely he’ll process or appreciate the rich symbolism of the Nats’ victory parade down Constitution Avenue NW, past the Archives where the document he’s sworn to protect and defend but seems not to have read, is kept. The parade is scheduled to begin tomorrow at 2 p.m. and is likely to attract hundreds of thousands of adoring fans.

The Nats are a real sensation in the Nation’s Capital. Wednesday night on the train back from New York, total strangers were asking each other if they knew the latest score. We arrived at Union Station just as the top half of ninth was getting underway. Even when it was over and the Nats were winning 6 to 2, people were still afraid something terrible would happen.

That’s the way Washingtonians are; half the consultants and lawyers in town would be out of work if good things were expected to happen. Hoping for the best but preparing for the worst keeps everyone busy. Every once in a while—but not too often—happy endings, like the other night, are ok.

There’s no love lost between Our Leader from Fifth Avenue and the Nationals, certainly not after the reception he got at the ballpark last weekend. And wait until he starts counting all the emoluments he’ll be deprived of because the parade route skirts around the hazardous Swamp he promised to drain; it’s now so deep, gondoliers from some of New York City’s finest families are rumored to be dying to be the first to offer service across the water between the Trump House and the Trump hotel.

Although we’ll probably never find out, would anybody be surprised if he tries to claim the lost emoluments as a charitable deduction? Or if, in his capacity as Meteorologist-in-Chief, he issues a warning from his golf cart tomorrow that a “beautiful” category 5 hurricane is moving across the 14th Street bridge to rain on the Nats’ parade?

After all that testimony this week about the favor Our Leader asked of poor Zelensky, with missiles as the quid and dirt on the Bidens as the quo, nothing Our Leader says or does should come as a surprise. 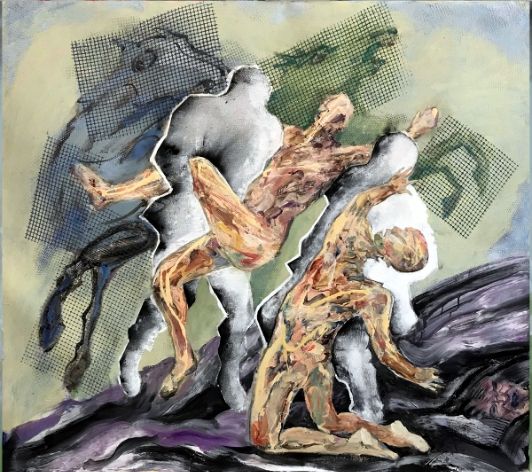 And very little does, which is a big part of the problem. Most Americans, even those who detest him, have grown to expect Our Leader’s unsurprisingly bad behavior. It’s embarrassing, depressing, destroying our alliances and endangering our national security, but whatcha gonna do?

Which is why those of us who live in Washington were so thrilled about the Nats’ come-from-behind World Series win the other night and why all Americans should have stood up and saluted Lt. Col Vindman’s outstanding bravery in the line of duty, protecting our ally in Kiev and democracy at home from the likes of Rudy G. and The Donald T.

The Nats’ have proved that underdogs can still win; pigs can still sometimes fly; and maybe We the People still have a chance to reclaim the country we once knew from the corrupt, greedy and ruthless cabal of politicians, special interests and clowns who’ve conspired to take it from us.

We should be grateful to Col Vindman because he is an honorable officer and a gentleman who showed us there are still principled Americans in the military and in government who are willing to do the right thing. Even if it meant sacrificing his career and possibly his life, he stood his ground when confronted with wrongdoing by someone who had the power to destroy him, and may still; that someone being the president of the United States.

WHY SHOULD CONGRESS RE-OPEN MUELLER? BECAUSE IMPEACHING TRUMP FOR UKRAINE ALONE, ISN’T ENOUGH. 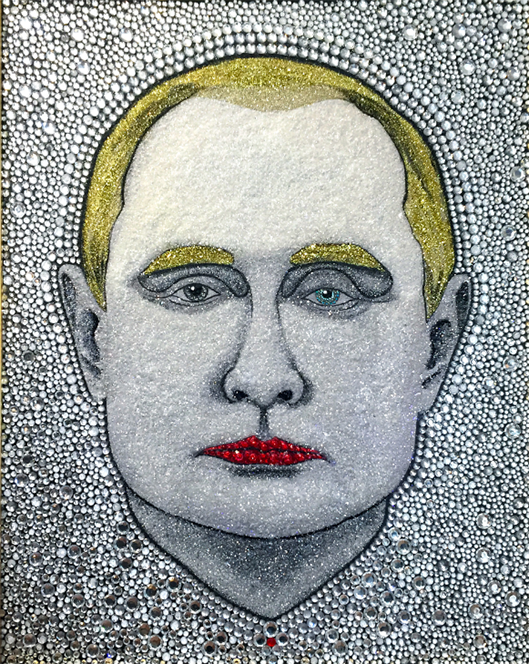 THE AMERICAN PEOPLE NEED TO UNDERSTAND WHAT RUSSIA DID OR MOSCOW MITCH AND HIS PARTNER IN CRIME WILL LET PUTIN DO IT AGAIN.

Although most of the attention paid to yesterday’s House vote setting the rules for its impeachment inquiry focused on the Ukraine scandal, Ukraine is just the tip of the iceberg.

I’ve heard the arguments from members of Congress who say Ukraine is easier for the American people to understand than Russia was because Trump and Giuliani got caught in the act, red-handed. Go with whatcha got and what people can understand is the best strategy, they say.

What Trump did was clearly an abuse of power. Had he succeeded, he might well have knocked the candidate he fears most out of the race, and made it seem as if all the Democratic candidates are just as corrupt as he is.

Still, I think ignoring Russia and the findings of the Mueller Report would be a serious mistake, for several reasons. First, because Barr is working very hard to be able to accuse the Obama Administration of illegally inserting an agent or agent provocateur into the Trump campaign to “spy” on it; or to arrange meetings, send emails and make phone calls which would support the false narrative that Trump, or members of his inner circle, knowingly colluded with the Russians to defeat Hillary.

That is exactly what it seems Trump did. But in Barr’s indictment, that would be totally beside the point.

Would they dare indict Hillary or Obama, even if they knew the charges would never hold up in court, if it looked like enough Republicans were wavering and might vote to convict Trump on the Ukraine stuff?

Of course, they would. If they could and it looked as if Trump would otherwise go down, why not? Barr has already shown he’s willing to bend the law, if not break it, to keep his client in office and out of jail.

Secondly, Congress needs to act on all the stuff in the Mueller Report that Mueller expected Congress would use to impeach Trump and prevent the Russians from manipulating the results of next year’s election. I recently heard Sen. Mark Warner (D-Va) talk about the bi-partisan legislation he’s co-sponsored to help ensure our votes are counted accurately next year. But Moscow Mitch McConnell is preventing it from coming to a vote. 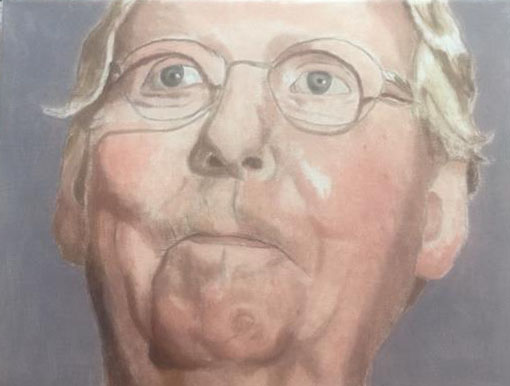 If the House Intelligence Committee were to focus some attention on what the Russians did and are planning for next year, maybe Mitch would be shamed into allowing a vote. I mean, not so long ago, any politician who wasn’t in favor of free and fair elections would have been accused of being a communist or taking money from the Russians.

Funny, one of Putin’s cronies just announced plans to invest in a new aluminum rolling mill in Kentucky in return some favors McConnell did for him, which is how Moscow Mitch got his new nickname. When it’s said our system is corrupt and broken, I would submit there’s no better example of the who and why than the Senior Senator from Kentucky, the Hon. Moscow Mitch.

As I understand it, yesterday’s vote in the House will make it highly unlikely that any court anywhere will side with the Administration’s refusal to provide the Intelligence Committee with the grand jury testimony and evidence underlying the obstruction charges detailed in the Mueller Report or allow Administration officials to refuse to testify.

But yesterday’s vote also showed the Republicans are going to go to the mat for Trump unless evidence of something much more serious, like murder or treason, forces them to give way.

While it may not be as easily understood, I suspect that getting to the bottom of Russia’s support for Trump in 2016 would be devastating for Our Leader if it can be proved and is key to preventing something probably even worse from happening in 2020.

It would be a mistake not to try. 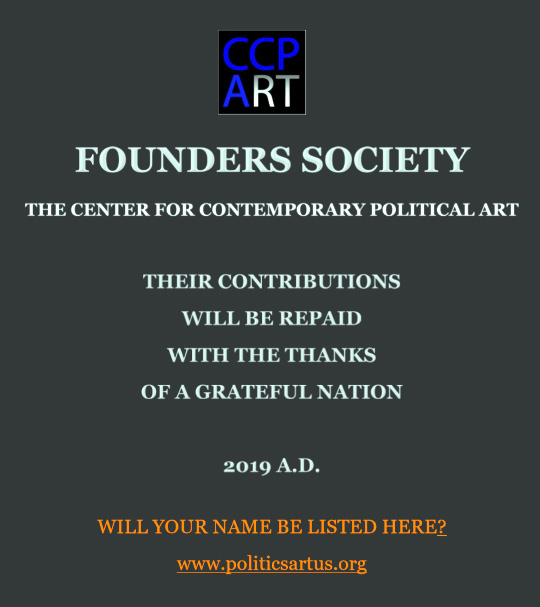 Previous Article
Before Our Coup Runneth Over, A History Lesson
Next Article
Boris Lurie Masterpiece from 1961 Protests Us Government Assassination of Foreign Leaders