Nancy Pelosi Prays for the Toddler

Pelosi Prays for the Toddler

In a statement made after the president walked out of an infrastructure meeting with Democratic leaders on Thursday, House Speaker Nancy Pelosi said, “I pray for the president of the United States. I wish that his family or his administration or his staff would have an intervention for the good of the country.”

By your count, how many temper tantrums has the president had? This latest one came after Pelosi accused Trump of being engaged in a cover-up to which the president responded, “I don’t do cover-ups.” Helloooooo?! Your former personal attorney is in prison right now because… C.O.V.E.R.-.U.P. 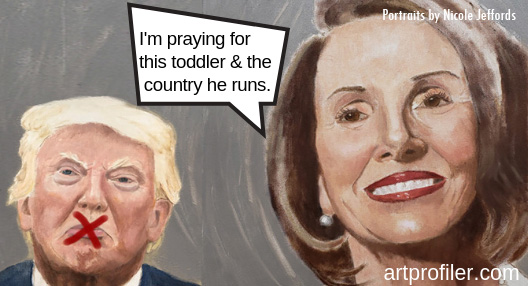