We meet her in a white loneliness whose walls are white—a shiny white—with the faint whirr of a machine as if far off, and she, a beauty, uncovered and ashamed of it. Nothing bad can touch her—she’s paid off her psychic bill by not moving around—and she’s waiting for the fruit of this, her reward, which would be escaping this box. Sometimes there was a soft cracking sound, coming from above her. At first she was disturbed by this, then came to call it the sky, and imagined that different wind patterns were creating the noise.

All of her being was focused on getting out. She would have sacrificed her limbs—if she had had them. She wracked her brain for clues (which was difficult as she had no head). Think of the great torsos in art. At first arms and legs gone due to earthquake in Greece, the caryatids crumbling in the great shrug the earth produced, and the gods and goddesses made blood-curdling screams which only those who still practiced under the panoply of spiritual beings could hear.

And this hearing was like going deaf. She would have covered her ears if she’d had some.

Very few thoughts visited the flat surface at her neck, but one persisted: it was vague like a cumulus cloud in the sky—open to interpretation, fanciful or clichéd—and maybe it was a large international airport with multiple bays. Or, at the other end of the spectrum, maybe it was simply the number nine (9), a giant fetus with head (it was the one with the head) and the small boy curving like a comma does, indicative of an interesting clause, and these could go on forever. 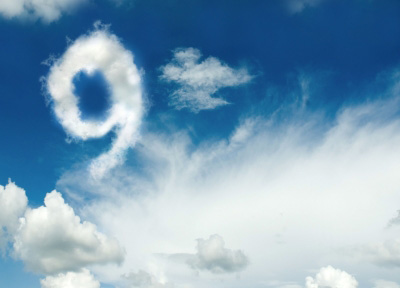 She was now very cold—like a bad guesser in a guessing contest—and was annoyed by this number 9, little fish, little baby idea, and as numerologists would suggest, three times three, or three into nine—all sewn up, no smaller number as they say, Left over.

Perhaps this was the key to escaping this white nothingness.

What were things that were nine? She consulted her I Ching (which hung from the heavens), the ______ edition, and it opened to the ninth number, nine in an array of numbers from one to sixty-four. Nine times nine… eighty-one, the day she was born. And seven times nine is 63. Ah! One number too short.

Or she could simply make use of the extra number—which was itself, a one—the unity number which encompassed all that she loved. 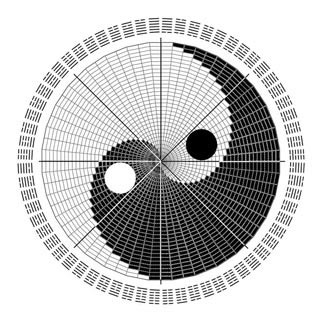 She was even colder. Not her plumpness could warm her, though it enveloped her like a thick fur coat. But her nakedness was beautiful, from her strong smooth neck to the beginnings of thighs which promised strong pleasures for her lovers, but they were gone, and the memory of them (delights, shouts, moans) left her cold. There she was in an odd kind of museum, and there were invisible guards she called them, to keep her inside. What was the use of this? Would she know later on? Nine, she said, nine. 9.

Maybe nine was her beautiful nude body as seen from afar. And then there was the 64th I Ching reading.

Let’s look at that, she said to herself. And as she’d lost her head, she was able—like some kind of compensation—for it was “the taming power of the small.” Which was about the misleading shapes of the clouds, and the idea of going to rescue. Perhaps rescue herself? She skimmed through the passages in her mind… basically it was saying stay meek and be glad of the blessings you already have. She immediately thought of her dark, milky skin, which had a certain glossiness, like a French pomme de terre – apple of the earth. 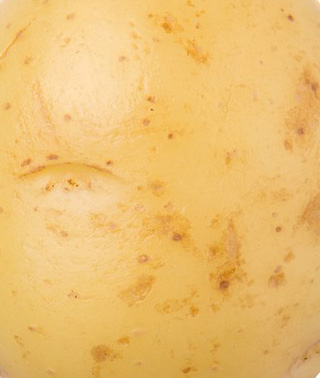 Maybe she was over-reaching? Maybe she should ask of the heavens a soft blanket, or clothing with arms and legs cut off? In the Bible she remembered the nine individuals who were stoned. Or, as numerology might suggest, she was inspiring to artists, compassionate, capable of many lovers (check), and needed to accept a clean and clear environment…

She couldn’t help, however, sometimes thinking she would like a head, and if she just thought “correctly,” she might be given one. And arms! Who would she not hug again, caress again, and what burdens might she shoulder? Then legs! How she would run toward joy, run fast away from pain—as far as any human can go… 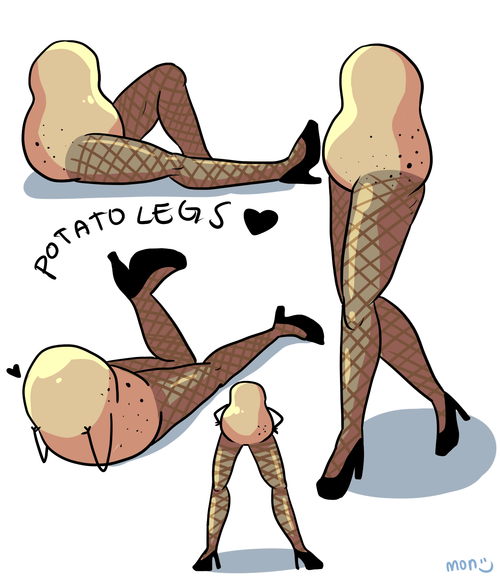 She understood there was no crisis, she knew it would somehow be easy to work this thing out. She had to visit only her own understanding. In a museum—grown to multiple dimensions—her solid and silky flesh would be blessed by men and women waiting until the guard’s head was turned, to reach in an enjoy her smoothness.

She might regain her head, by being at peace with not having one. Isn’t it funny how we get back what we lost as soon as we learn how to do without it?

Anyone with a bit of insight can see what a beautiful marble head she would have with permanent curls in her hair, swirling around her shoulders as if she’d just got out of the sea. Her eyes were large and pleasantly far apart, her nose was more regal than “cute,” and her mouth, lips parted, was meant for speech and kissing. Maybe she could do it through sheer determination. She remembered her family, and some members (she vaguely recalled) who had been understanding.

But even determination was most difficult. So she gave up, settling down into her heavy, precious body. She didn’t need complex thoughts to be happy, didn’t even need limbs, was whole as she was, in her torso, which expressed the highest beauty. And whether she was rescued or not (now she preferred not to be) she was necessary to life. Like oxygen. And her shortcomings (not to make a bad pun) were also her assets. Who would not marvel at what went through her mind, which they could feel as the sensation of ecstatic electricity. The body electric. And the mind a figment of the brain. Ask yourself what lies on your surface. Welcome the answer, you, earth apple. For you’ve searched hard for it: you are whole. 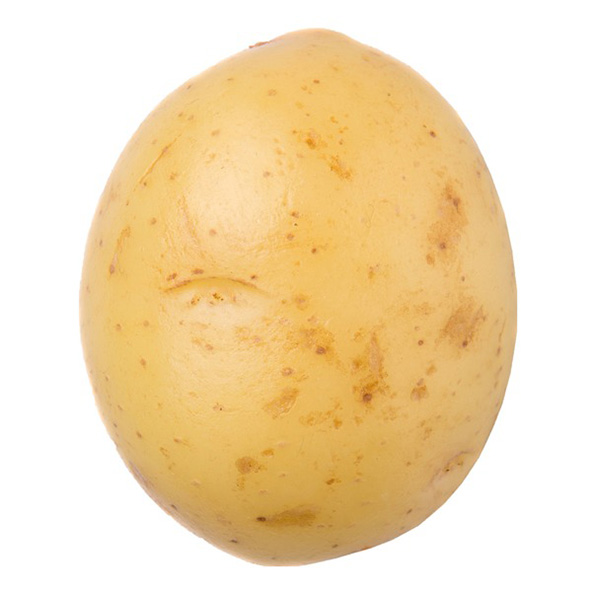 Come back next Tuesday for Part 2 of Potato Quartet!