Editor’s note: Here concludes THE POTATO SEXTET. The ladies have agreed to take their Fall European tour for the time being, the colder season unfavorable to most tourists. Please contact them at Hotel Plato, Athens, Greece, where they will be staying on for a time with the Sparrow-Grass family, who migrated from Scotland during some crisis or other—whether theirs or their bank accounts’ or the country’s it remains to be spleen.]

Crushed or beaten, oh my, this sounds heartless of Mrs. PP—as they called her in England—an odd nickname but, what was the fair woman to do, burdened by so much history that she called up her cousin “Frites” and complained. The story starts way back about 2500 BC in what we now call Peru, where the native peoples (not yet Spanish) spoke the word “potato,” which was much of what they ate. Much later in 1524 Francisco Pizarro brought back to his Spain a bunch of odd-looking tubers, and their potato-larity spread to Scotland and Ireland, and then to Europe.

Take the Far East in the 1800s, when the Silk Road was still the one way to get to China (except for boats), and in the 1800s they reached back west and north to Bavaria, as you would imagine, and were spread via various counts and kings into places like Greece and Persia (now Iran) and the Persians were crazy about them and so were the Indians (think samosa), and of course all of the British Isles were scented by the earthy dirt smell of potatoes boiling on the stove, the campfire, over the spirit lamp, in the oven. 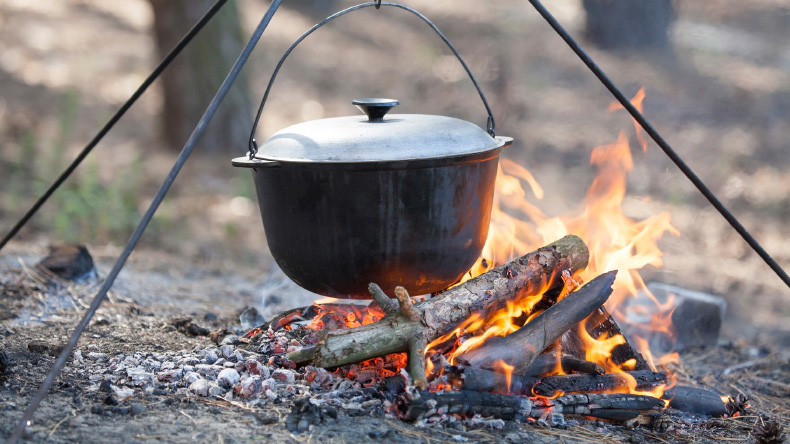 Such is Ms. Purée’s ancestry that you can’t just mention casually the Irish, although Sir Walter Raleigh got to Ireland with his arrogance and this strange vegetable, and the poor people went for them until the aristocracy got ahold of them and made them purées — adding all kinds of stray relatives including the plump girls of cream and butter, the hardy peasants with bare feet we call scallions — s’galleons — or onions and, if you want to get fancy, Gruyere (Pommes Anna, or the Noblesse uterine — Nobility of the female line) which is to say Pomme Dauphinee (another French princess) and so the matter was settled until they started to rot, as in Dublin and all around, where the champ (southern Ireland–using the misses scallions were hired) or colcanan (Northern Ireland — girls with cabbage on their minds, purple or green) and nothing could disguise the rot, the smell, the growl in the stomachs of millions of the bourgeoisie, who had to sink in ships off Antrim to the tune of 250 drowned starvers, and others, more lucky, who fled to Amerigo [sic], where they were ridiculed until they became famous, and some simple folk were from Scotland and we aren’t saying who.

If we leap forward to 1960 in America, as some are wont to do, you will find the teenagers—a new race brought on by white prosperity, so rich that they could play 45s of James Brown, to which they would dance “the mashed potato,” the song prohibited by some copyright nonsense from getting his name credit, by some Cracker who probably ate instant. And then, by contrast, to refer to their elders, Ms. Purée usually side-stepped the sort of man who was said to be a “meat and potatoes” sort, as if that made him simple, unadorned, and delicious, while really he might have been eating canned potatoes with a bad cut of beef, swaying from the beer in his, as they used to call them “wife-beater” sleeveless undershirts, stiff with sweat and revealing an appalling amount of hair on their backs.

Rather, on the sunny side, give me a white pitcher of heavy cream and a mound of freshly churned saltless butter, and stir these in — butter first please — into a Yukon Gold or those tiny fingerlings, or the bitty red ones with the skins left on — and whatever you do, DON’T EAT A COLD MASHED POTATO for the fun will have gone out of it.

But we have our own mashed or smashed potatoes, and a potato masher with SSSS on the bottom, and to think I’m revealing all of Ms. Purée’s ancestors and here I’ve just thrown my masher out, thinking Swedish death decluttering a fine thing!

Pomme’s old aunt, Vichyssoise, lived in Vichy (to become the Nazi-ridden part of France, where you could be arrested for eating a kartoffel and jailed for riding your bike from the country to Paris with La Pomme Not-Yet-Purée, to sell these delicacies on the black market to Parisiennes like Colette, who yearned for the soft, silky presence of purée, whose soft grace and silky manners were such a comfort when hot cereal lacked vivaciousness, like this savory dish which had never been used (brace for the shock) in DESSERTS!!!

So, so many countries claim Ms. Purée as their own. But you saw some eating plain boiled potatoes, which practically the whole world grabbed onto; loved this NEW WORLD VEGETABLE, which is not mentioned in the New World Symphony by one Czech fellow with an impossibly-spelled name of Anton Dvorak. Then came corn and pisco sours (Lima, Peru) and all the other things that contribute to happiness. Or mass extermination. And by the way, in 1852 the Choktaw Native Americans were so moved by the illness of so many little Irish cousins of Ms. Purée, that they sent them $ 3,359.21 in a money order, and last month, in 2020, when Covid-19 hit them hard, they got an even bigger check in return from Ireland, because they helped when the potatoes went bad.

Perhaps you can take out your masher, or your scratchy aluminum Whole Foods food mill (Made in China), or your Cuisinart Food Processor 14 Version 11 (but don’t process them too much or Ms. Purée will grow thick with starch, and unctuous will not apply here.) Oh, and the potato ricer can be seen in Bombay (Mumbai) restaurants to prepare aloo bharta. Or if you have one, smoosh them through a fine drum sieve. 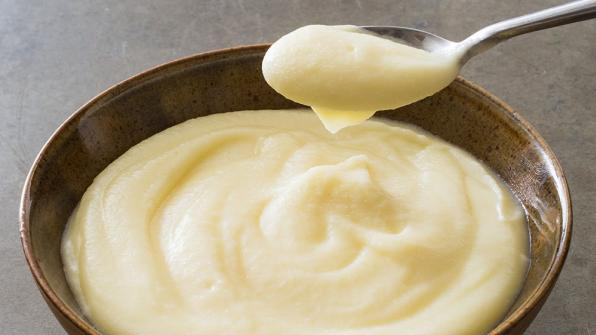 As to her cousin Chatelaine, she was the head mistress of a large potato estate in the south of Ireland, and you could hear her keys clang as she wandered in the potato fields, picking up the odd tuber as she went, the ones popping out of the ground, and then she would return to read — this was just before the typhus and its headache and loosening of the bowels, and fever and such (I write in 2020 in the midst of New York’s pandemic, and this combo gives me paws). [Typist: bad pun]

A new amusing novel came out by that unknown British fellow, Anthony Trollope, who came from Troll Valley, went to Oxford, but failed at the bar, hot-headed and easily pissed off as he was. Not to be confused with a trollop — a lady with multiple desires — held in low esteem by the men who enjoyed her. No no, this was the fine man of Barchester Towers, who was loved, then downgraded, and today totally adored for his fine wit, which included his great sense of humor.

One other random tangential thing concerns Kiev. In Russia where Robuchons or banana fingerlings grew, Chatelaine’s cousin, Spuds, had a dacha with a potato garden, and her tubers were very esteemable. And need we mention the word…vodka? What nicer thing could come of potato peels? Hangover? Or potato head, or dropping gossip hot with pepper, like a hot potato? Spuds supervised the kitchen garden, the hens, the pigs, always with a chain attached at the waist with keys. 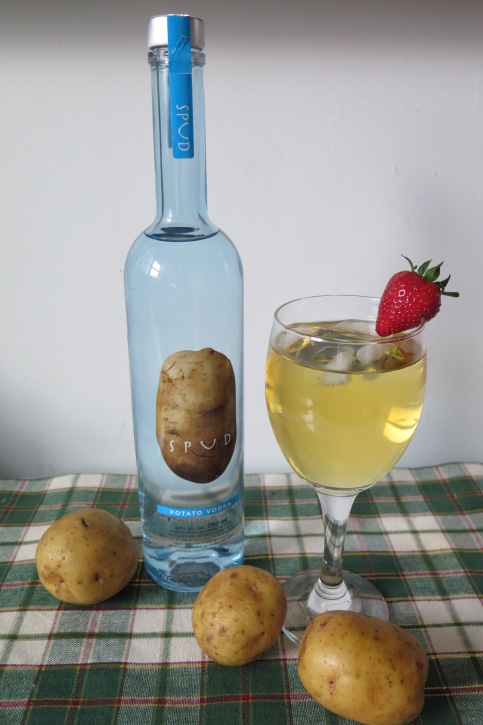 These Covid-19 days, I am feeling a little like a medieval Pomme Purée, who healed the sick during the Plague with her wonderful cool potato and leek vichyssoise which I shall make in my kitchen where fan and air conditioning make this earth like-an-oven, almost bearable, while the lady Pomme Purée even now still sits in her grey, embroidered Chinese silk armchair in 1800 something or other, gazing out the window, and waiting for someone to prepare in her All-Clad pan, a large plate of clouds drifting in the blue sky, and think what more reason could she have for pouring melted farm butter over some nice tubers and cooking them. And eating them.

So I shall end with the butter on top.