I was a great yogi, so flexible I could twist my body into all sorts of contorted positions. But now I had to have both shoulders replaced. The first one was done in 2012. Everyone told me to prepare for a big surgery, but I remember nothing about it, zero, zilch, because my sister, Vivi, was ill with ovarian cancer and that was all I could think about. Two weeks after my surgery, which in my mind was no big deal, just a little orthopedic procedure, Vivi had emergency surgery to essentially “unglue” her tangled up intestines, and I got on a plane to New York to be with her. 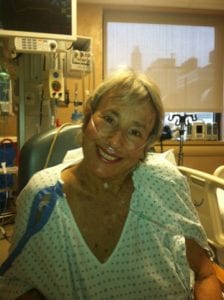 Looking back on it, I know this was crazy, but I was running on adrenaline and figured as long as I had my arm in a sling it would be okay. I’d just come off the pain meds a few days before, so I was practically normal, right? Well, there was nothing normal about me or my family. Vivi and I had a volatile relationship, either on and loving, or off and hating one another. At the time she was diagnosed with ovarian cancer, we hadn’t spoken in four years, so we were definitely off. I’d received hate mail from her side of the family, emails about what a terrible person I was, and the only way I could get news was through sneaky conversations with Vivi’s despised mother-in-law, a sharp and all-suffering lady in her nineties who thrived on telling you about how, even at her advanced age, she ran her own house and thought nothing of hopping the train from far out on Long Island into the city. 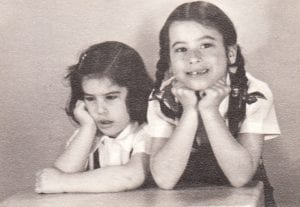 Death has a way of unifying families, settling scores, rolling out the regrets, silencing jealous thoughts and frivolous envy. Vivi didn’t die in that surgery, but it was close and she came out of it with an irreversible colostomy. That was very hard for me to take, the thought of my fiery big sister having to deal with the indignity of her feces exiting her body through a hole in her stomach. But she was alive and so was I and our differences had evaporated, just like that, because of the extremes of our circumstances and because death, like love, seems to flatten the lower emotions. I went home in my sling and even though it was my right arm, I was soon back in my studio painting again. I thought I was pretty much healed, which would have been miraculous since my body had had no time to rest and recover. I was going to physical therapy, like a good girl, and all the parts seemed to be working. But then I began to feel as if I had little pieces of glass in my eyes, symptoms that had nothing to do with contact lenses. 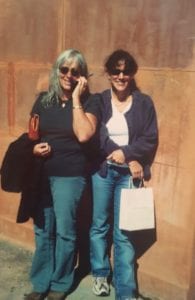 Previous Article
Supplements, Accessories for a Younger You
Next Article
Under My Eyelids
Copyright © 2018 Artprofiler
X