A quick word on artists to see this month in Austin

I just want to put in a quick word for two shows currently on view in Austin. One is at the Dougherty Arts Center through February 8, not much time, I know, but if you’re in the neighborhood it might be worth your while to check out Melanie Hickerson’s exhibit, The Tie That Binds, filled with colorful (and politically relevant) versions of the Statue of Liberty trying to hold her own against various assaults. 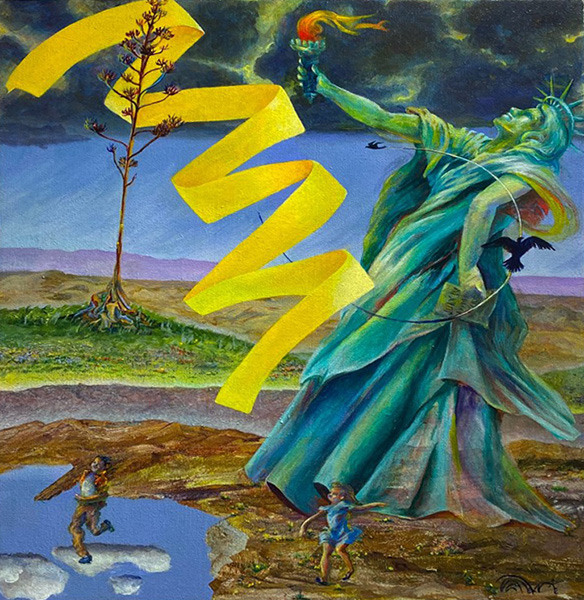 Melanie Hickerson, Invitation to the Dance, acrylic on canvas 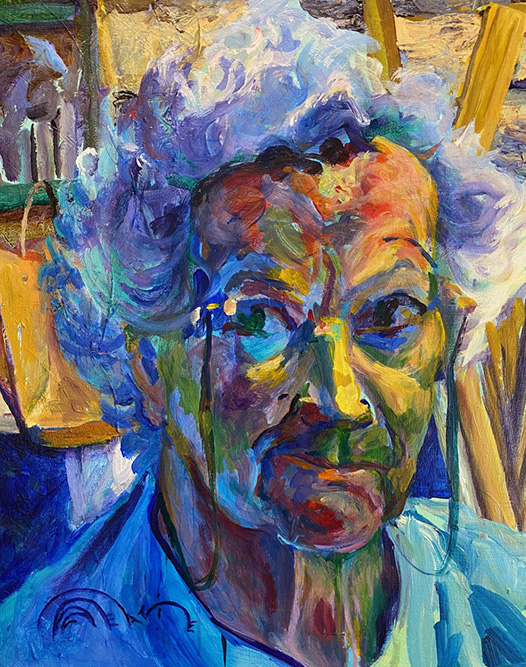 The second show, Steps on Steppes, featuring the artists Naomi Schlinke and James Turner, and running through February 15, is at the Northern-Southern Gallery on East 12th Street. The gallery is only open from 3:30-6:00 (or by appointment) on Saturdays. I heard the opening was packed and wish I could have been there. One thing that makes the gallery interesting is that, for this show at least, artists are asked to create environments around their work. Thus Ms. Schlinke, whose work is in the front gallery, covered the walls in hand crinkled butcher paper that gives the space an airy feeling, almost as if the seven pieces on display are in the clouds. 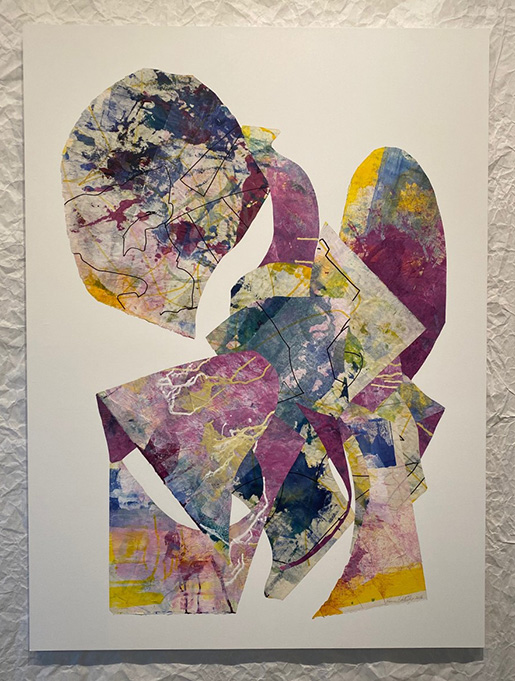 Schlinke creates collages from her own “source paintings” — marks, stains, ink blots on mulberry paper which she then, after considerable meditation, takes apart or “repurposes” to be reassembled in collage form ultimately affixed to a white masonite board. The result? Colorful organic shapes that are oddly self-contained and reminiscent of Rorschach tests. Seen on their very white masonite backgrounds against the backdrop of airy white paper they are impressive. 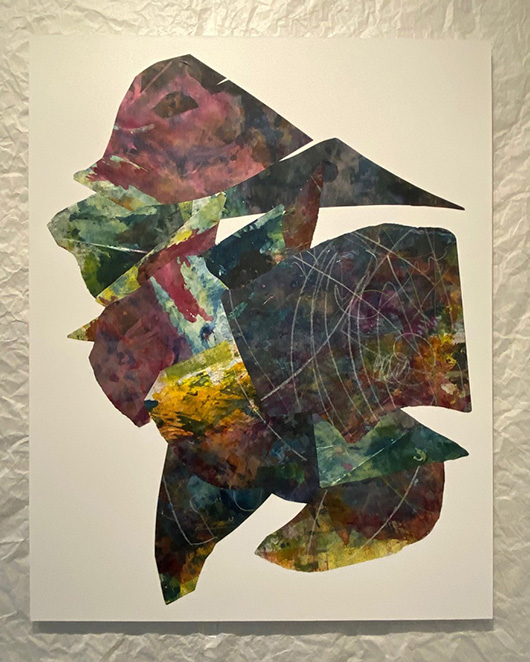 While Schlinke used white butcher paper to enhance her background, James Turner, mixed media artist whose work is in the back gallery, set his pieces up with black shadowing extending out from each of them to create added dimension. 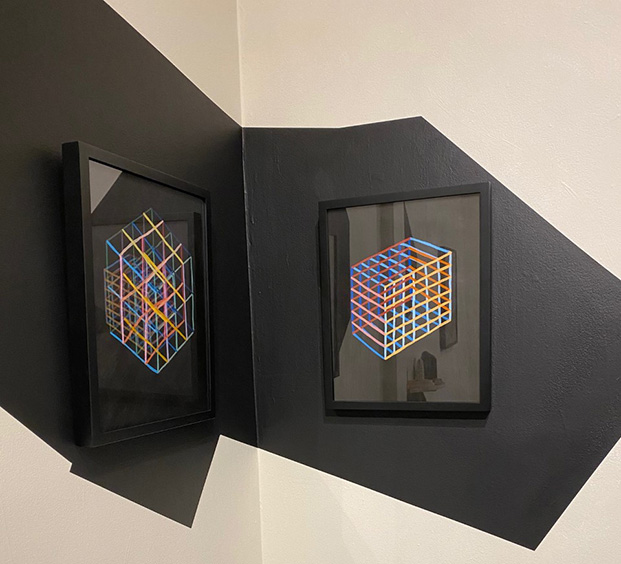 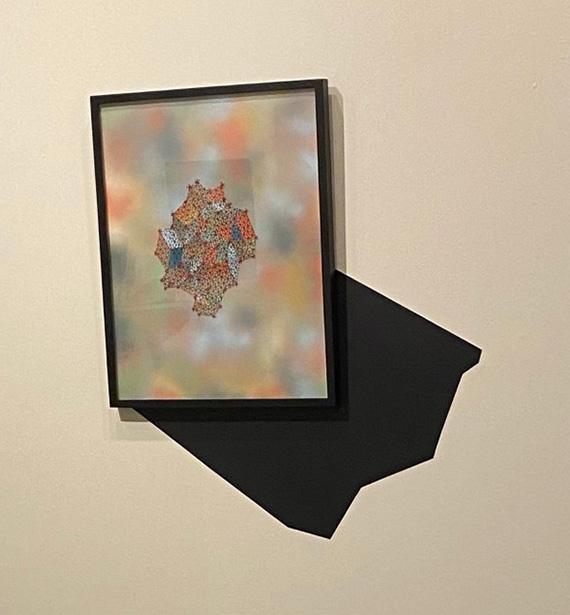 I encourage you to visit both of these shows while you can. 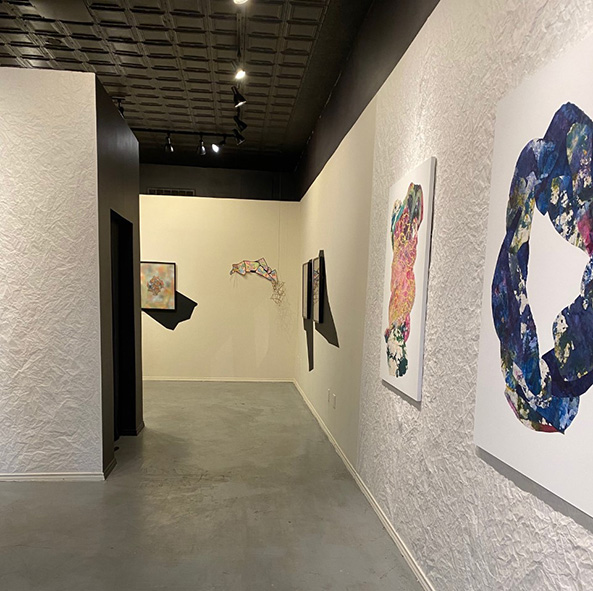