Reaction to “The Republican Club” 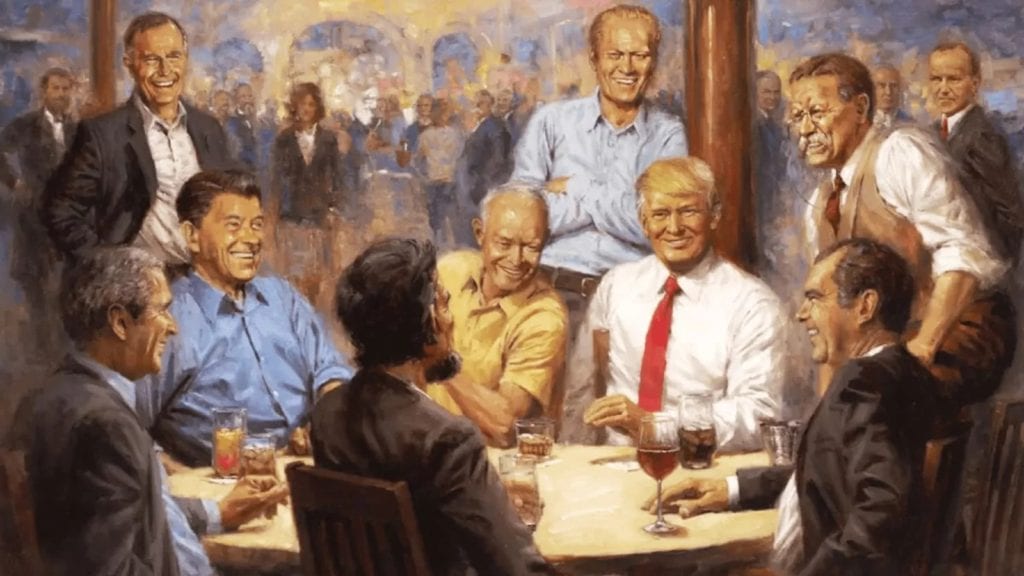 The painting heard around the internet world — Andy Thomas’s The Republican Club. It was definitely the most exciting thing to come out of the “60 Minutes” interview, in my opinion. The internet was a rabid dog with the artwork; soon, all sorts of conjectures went flying.

Analyzing the scene, we see President Trump seated at a table surrounded by other prominent Republican presidents from history. Each has a jolly disposition with toothy grins and relaxed poses. As the center of attention, Trump’s braggadocio is readily on display with all the men focusing on him. Perhaps he is regaling them with fictionalized tales of his sexual bravado or how he successfully scammed the nation into believing he had no ties with Russia. Something we can all agree on is how very different he looks in this painted depiction than in real life. Clearly, Thomas is not a practitioner of verism as the president is absolutely glowing and the quintessential picture of health in the work. No sign of the pot belly, double chin, or saggy neck here.

The setting of the painting looks to be a civilized town hall meeting with a large group of blurry people gathered in the background. The Republican Club is the visual definition of a boys club — an all white, heterosexual group of chummy men. A woman can be seen approaching the men and Thomas says this is his imagined version of the first Republican woman president. I find this to be the only redeeming quality of the entire painting, but I wish she had had a seat at the table. 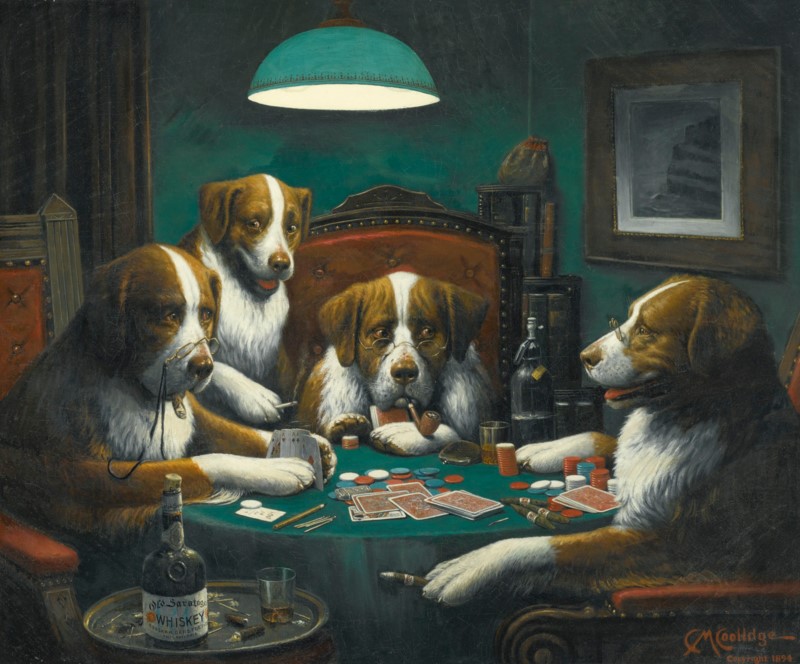 The Republican Club has been compared to the “seminal” 1894 painting, Poker Game by Cassius Marcellus Coolidge, and I definitely see the resemblance. Both paintings are pure kitsch and Thomas takes this observation in stride when he claims his work isn’t “high brow.” Watching interviews with the artist, you come to realize he is just a soft-spoken, good ‘ole boy who enjoys painting, and that he isn’t necessarily making a political statement. If anything, he is making a statement for patriotism.

I am not writing this to debate whether or not The Republican Club is a good painting. Obviously Thomas is a talented illustrator, but the painting is simply ‘sofa art’ like the countless generic Thomas Kinkade works in existence. Looking back at pictures of the Obama White House in Architectural Digest magazine, the artwork they chose to borrow from institutions was thoughtful — all brilliant pieces by (mostly) modern American painters. How fitting this administration chose a work by a little known, mid-western artist that glorifies the president and that we all can own a print of for a mere $55 to hang above our La-Z-Boy chairs. How America of us.